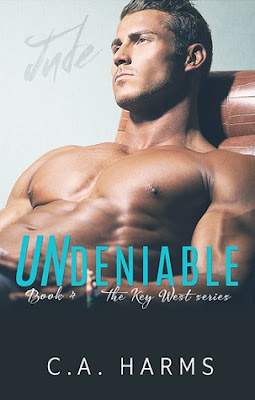 Sometimes in life you are forced to do things you may not agree with.
Family meant everything to Jude Calvert.
He would do whatever it took to keep them safe and provide for them no matter what it took to make that happen.
Even if that meant putting his own safety at risk, he had no other choice.
Callie Raine has always felt a heavy attraction toward Jude.
He was fascinating.
He was undeniable.
She knew there was so much more to him than he allowed anyone to see. But she was a headstrong woman and feeling weak was something she wouldn’t allow.
Except when it came to Jude.
However, when Jude is hit with the unexpected and forced to rely on others, Callie realizes he doesn’t take weakness easily.
He becomes even more withdrawn.
More angry.
Will he finally give in and learn to lean on those who care?
Or will he push them beyond the point of no return
and once again be left to face his obstacles alone? 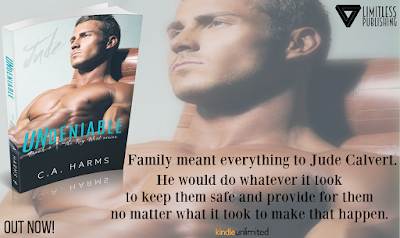 “Hello.” I froze as Jude’s voice carried up the stairway, then jumped up from my position on the floor in our bedroom and scrambled for the door. Before I opened it, I turned back to face the kids, who were playing tug-of-war with the unnamed puppy.
“Stay here.” They both nodded, and I slipped out of the room, closing the door behind me. Jude had just reached the top of the steps, and he looked up with a smile.
“Where are the kids?”
“They’re playing in our room,” I said as I approached him.
“What’s wrong?” he asked.
“Nothing,” I assured him as I continued to walk. He cocked an eyebrow at me, and my stomach dropped. He was seeing right through me. I was such a bad liar.
“The kids are busy. Wanna sneak downstairs and have a quickie?” I wagged my eyebrows, but his facial expression did not change in the slightest.
“Now I know you’re full of shit. You’re actually attempting to distract me with sex,” he said with a grin. I was just about to argue when the puppy barked.
“What was that?” he asked.
“Uh…”
My stomach was flipping around anxiously, and I didn’t even get to figure out a way to break the news before everything broke loose. The bedroom door came open behind me, and I heard the puppy’s claws tapping against the hardwood floor as Zoey and Matthew followed him. Squealing and laughter filled the hallway as I remained locked in place. I avoided looking at Jude. In fact, I stared down the floor instead.
“Are those my boxers?” Jude asked, and I looked up. He was pointing at the puppy, who was sitting back on his butt looking up at Jude. Hanging from his mouth were a red pair of Jude’s Calvin Klein boxers I had just purchased last week.
“Warrior likes to play tug-of-war with them,”
Matthew announced as he pulled on the other end of the red material.
“See, you just hook your hand through this handle, and he pulls back.”
Matthew slipped his little hand through the front opening in the boxers.
“His name is not Warrior,” Zoey argued.
“We still have to draw for his name, remember? Callie said so.”
I could feel Jude’s eyes boring in to me. I knew he was waiting for me to look up, but I was avoiding eye contact.
“What do you think we should name him, Uncle Jude?” Matthew asked.
“I like Warrior, but Zoey said Buddy or Charlie. I don’t like those.”
The kids began to argue over the name of our new puppy, and of course I continued to keep my head down as my heart raced with the idea that Jude may be angry.
“Callie,” Jude said, and my stomach lurched. He didn’t sound mad, yet he didn’t sound happy, either. Silence set in, and I knew all eyes were on me. I took in a deep breath and closed my eyes tightly.
“I never should have let them convince me to go into the pet store, but before I knew what hit me, they were laughing and playing with this cute little guy.”
I looked up and found Jude staring back at me, an unreadable expression on his face. “They ganged up on me, and they gave me that look. You know the one.”
t was then I noticed the smile tugging at his lips. “Are you ever going to be able to tell them no?”
Jude asked as he stepped around the puppy. I shook my head. I knew the moment they turned on me and gave me those big, sad eyes, I was putty in their hands. I was unable to disappoint them.

“I absolutely LOVED Jude and Callie's story! I had been dying for Jude's story from the beginning because he was so mysterious! CA hit this one out of the park! I also absolutely LOVED the extended epilogue and seeing where everyone else ends up.”  ~5 Star Review from Kristin - Book Lovers Obsession

“BOOM!!! What a great wrap up to my favorite CA series.”  ~5 Star Review from Nancy Metsch (Goodreads Review)

“Loved every bit of the story and this series as a whole was another win for C.A. Harms!”  ~5 Star Review from Maria (Goodreads Review) 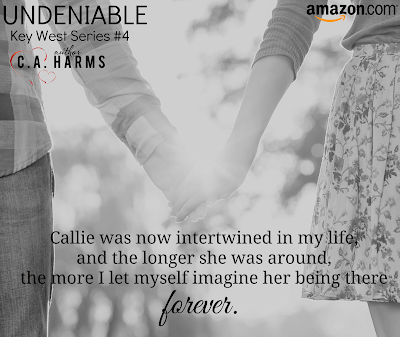 C.A. Harms is like any other addicted reader. She enjoys happy endings and HEA love stories. She hasn't always been a lover of Romance and had once been addicted to a good Mystery. Just recently she has taken on a new liking and now is a full blown Romance novel addict.


She lives in Illinois and enjoys spending time with her husband and two children. You will always find her with her kindle or paperback in hand as it is her favorite pass time. 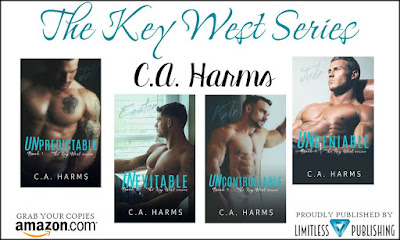 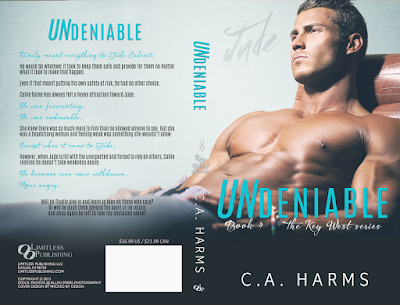