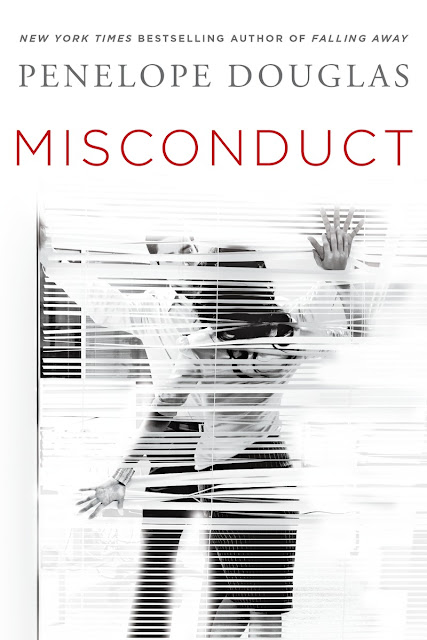 Former tennis player Easton Bradbury is trying to be the best teacher she can be, trying to reach her bored students and trying to forget her past. What brought her to this stage in her life isn’t important. She can’t let it be. But now one parent-teacher meeting may be her undoing…


Meeting Tyler Marek for the first time makes it easy for Easton to see why his son is having trouble in school. The man knows how to manage businesses and wealth, not a teenage boy. Or a young teacher, for that matter, though he tries to. And yet…there is something about him that draws Easton in—a hint of vulnerability, a flash of attraction, a spark that might burn.


Wanting him is taboo. Needing him is undeniable. And his long-awaited touch will weaken Easton’s resolve—and reveal what should stay hidden…

Attendees laughed and danced inside, while the two of us, alone in the cold night with only a few other people lounging around the large balcony, carried on with our stolen moment.
“I should really get back, though,” I suggested, pulling away.
My brother was no doubt looking for me.
But he reached out and grabbed my hand, narrowing his eyes. “Not yet,” he urged, looking behind me toward the ballroom.
I stopped, not making a move to take away my hand.
He stood in front of me, his chest nearly touching mine.
“You’re right,” he whispered, his breath falling over me. “I don’t really like a lot of those people, and they don’t really know me.” His voice turned hoarse. “But I like you. I’m not ready to say good night yet.”
I swallowed, hearing the soft trickle of a slow jazz tune drifting out from the ballroom.
“Dance with me,” he commanded.
He didn’t wait for a response.
Sliding a hand around my waist, he guided me in, and I sucked in a sharp breath, my body meeting his for the first time.
Raising my arms, I put my right hand on his shoulder and my left hand in his as I let him lead me in a small circle, remaining in our own small, private space. Chills broke out down my arms, but I didn’t think he noticed.
I let my eyes fall closed for a moment, not understanding what made him feel so good. My hands tingled and my legs felt weak.
There was rarely ever a time when I felt drawn to a man. I’d felt attraction and passion, and I’d enjoyed sex, but I’d never opened myself up to someone long enough to connect.
Now I found myself not wanting this evening to end any way other than in his arms.
That’s where I wanted this to go. I didn’t need his name, what he did for a living, or his family history. I just wanted to be close to someone and feel good, and maybe that would be enough to satisfy me for the next few months until I needed someone again.
Shaking my head slightly, I tried to clear my thoughts.
Enough, Easton. He was good-looking and interesting, but I didn’t see anything in him that I hadn’t seen in any other man.
He wasn’t special.
Looking up, I asked, “You’re not enjoying the party, so what would you rather be doing right now?”
He shot me a small, sexy smile. “I like what I’m doing right now.”
I rolled my eyes, covering up how much I also liked him holding me close. “I mean, if not this?”
He twisted his lips, looking me over like he was thinking. “I’d be working, I guess,” he answered. “I work a lot.”
So he’d rather be doing work than schmoozing and drinking at a Mardi Gras ball? I dipped my head, breaking out in a laugh.
“What?” He pinched his eyebrows together.
I met his eyes, seeing the confusion. “You prefer work,” I stated. “I can relate to that.”
He nodded. “My work challenges me, but it’s also predictable. I like that,” he admitted. “I don’t like surprises.”
I instantly slowed, nearly stopping our dance.
I said the same thing all the time. I never liked surprises.
“Everything else outside of work is unpredictable,” I added for him. “It’s hard to control.”
He cocked his head and brought his hand up to my face, running his thumb along my cheek.
“Yeah,” he mused, leaning in while his hand circled the back of my neck possessively. “But there are times,” he said softly, “when I like to lose control.”
I closed my eyes. Jesus.
“What’s your last name?” he asked.
I opened my eyes, blinking. My last name? I had kind of liked keeping specifics off the table. I didn’t even know his first name yet.
“Easton?” he pressed.
I narrowed my eyes. “Why do you want to know that?”
He stepped forward, charging me slowly and pushing me backward. I had to keep backing up so as not to fall. “Because I intend on getting to know you,” he said. It sounded like a threat.
“Why?”
“Because I like talking to you,” he shot back, his voice thick with a laugh he was holding in.
I hit the wall behind me and stopped, glancing over at the people sitting at the table across the balcony.
He closed the remaining distance between us and dipped down until his face was a couple of inches from mine.
I locked my hands behind my back, instinctively tapping the wall with my fingers and counting in my head. One, two, three—
“Do you like me?” He cut me off, a playful tilt to his lips.
I couldn’t keep the smile off my face. I turned my head, but I knew he saw it anyway.
“I don’t know,” I answered casually. “You might be too much of a gentleman.”
The corner of his lips curled, looking sinister, and he threaded his hand around the back of my neck and through my hair, gripping my waist with the other and pressing his body to mine.
“Which means I’m still a man, only with more skill,” he whispered against my lips, making my breath shake. “And there’s only one place I won’t be careful with you.”

I thought Misconduct was perfect. I love the banter, the characters, the plot...and holy smokes, it was steamy!

Easton Bradbury used to be a famous tennis player but now she is fulfilling her dream of becoming a teacher. During Mardi Gras, she meets a handsome stranger and they seem to have a connection. She leaves him without sharing her last name. Six months later, the last thing she expects was to meet the same man but now, as the father of one of her students. There is no way they can have a relationship without losing it all.

Tyler Marek is trying to make amends. He has never been part of his son's life until now. He can't afford to make their relationship worse by dating his teacher. His life is extremely busy, he's thinking of running for senator and he has his own company to deal with. If his life is already so complicated, how come he can't stay away from Easton??

Like I said before I loved everything about this book. There was only one scene I wasn't happy with, but I was able to push forward and still enjoyed it. I was sad when I got to the end of the book because I really cared for the characters.

I have liked other Penelope Douglas' books, but by far this is my new favorite.

MISCONDUCT is one of the best books I’ve read this year.  There were so many components that made this story truly unique and entertaining.

Tyler Marek and Easton Bradbury meet one mysterious night at a party during Mardi Gras. Both wearing masks, they have a flirtatious encounter that leaves them buzzing with desire. The instant spark is evident but Easton knows better to get involved and leaves the party.

Six months later, after thinking about this man often, she encounters him once again.  But this time it isn’t at a party; it’s at an open house at her school.  She’s the teacher, and Tyler is the father of one of her students.

Penelope Douglas is the queen of writing about characters that hate/love each other.  The connection between Tyler and Easton was evident, but the interactions and reactions left me entertained for hours.

“It’s not my responsibility to chase you down!” I fought.

“Yeah, it kind of is,” he retorted. “Parent communication is part of your job, so let’s talk about why you’re communicating with Christian’s friends’ parents but not with me.”

“Are you serious?” I nearly laughed, dropping the binder on the chair.  “We’re not playing some childish ‘who’s going to call first?’ game. This isn’t high school!”

“Then stop acting like a brat,” he ordered, him minty breath falling across my face. “You know nothing about my interest in my son?”

“Interest in your son?” This time my lips spread wide in a smile as I looked up at him. “Don’t make me laugh.  Does he even know your name?”

His eyes flared and then turned dark.

My throat tightened, and I couldn’t swallow. Shit. I’d gone too far.

MISCONDUCT takes place in New Orleans, and being pretty familiar with the area it was so much fun reading about The French Quarter, different local restaurants and even the street names.  I could picture the amazing city as I was reading.

If you’ve never read anything by Penelope Douglas, Misconduct is a perfect place to start.  It’s fun, feisty, and beautifully written.

Well it's decided! Misconduct is my favorite book by Penelope Douglas! This story was so well written from beginning to end. Penelope took several things that she knows well and used them to weave this incredible tale about love, lust, and life!
Penelope took her knowledge of the city of New Orleans and described the city to perfection, with details here and there that gave me a perfect depiction in my mind's eye. She took what she knows of teaching by making Easton an exceptional educator. Easton is starting her first year of teaching at Braddock Autenberry. She has the ingenious idea of using social media to help in her teaching and it definitely works in keeping her students engaged. Tyler Marek is a business man, who is juggling too many things while trying to build a relationship with his teenage son. Not only that, but when he realizes his son's teacher is the woman he shared a very interesting conversation with 6 months prior, a major wrench is thrown into his life.
This story is the epitome of excellence. It's hard wanting something you can't have, but rules, and consequences seem to take a backstage when being together feels so perfectly right.

Misconduct is everything I love in a story! I was intoxicated and completely enraptured!

Penelope Douglas is the author of the New York Times bestselling Fall Away series. She has her Masters of Science in Education from Loyola University in New Orleans and she currently lives in Las Vegas with her family.