Be My December by Rachel Brookes 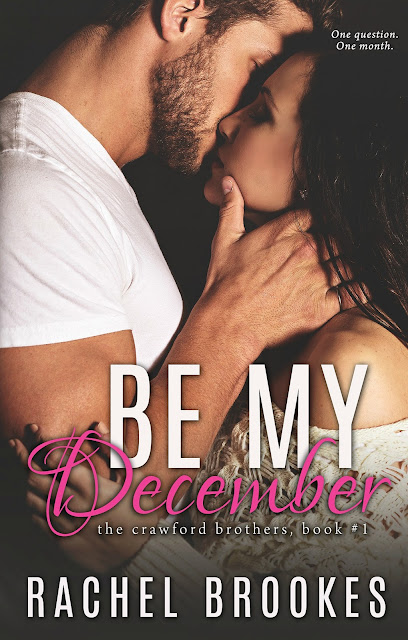 I knew the exact moment I’d become a ‘yes’ girl.
December 16th, a cold winter’s night, four years ago.
The night my innocence was stolen, the night I made the mistake of saying no—a mistake I’d never make again.
The dream of a ‘happily ever after' was now a locked away myth. I promised myself that I’d never return to the place of my worst nightmare, that I’d never let anyone get close, but then again, I never thought I’d meet someone like him.
The intense, confident and beautiful Ky Crawford.

I had no plans to become someone’s Prince Charming.
I couldn’t be. I refused to be. My plan was simple—do whatever it takes to correct my biggest mistake, my one regret that now controlled my life.
I was on track. I had plans, but then everything changed when I saw her—the girl in the red jacket, the girl who I was told couldn’t say no.
The reserved yet stunning Eden Rivers.

A girl who can’t say no.
A guy who craves redemption.
A chance encounter?

It all comes down to this.
One question.
One month. 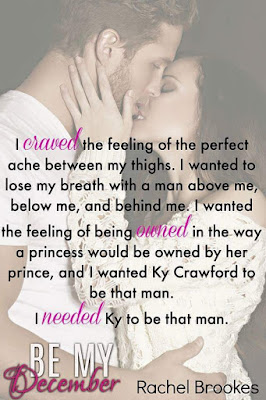 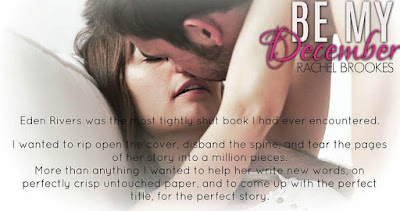 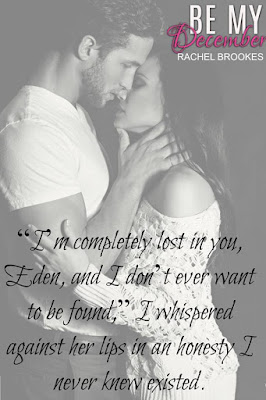 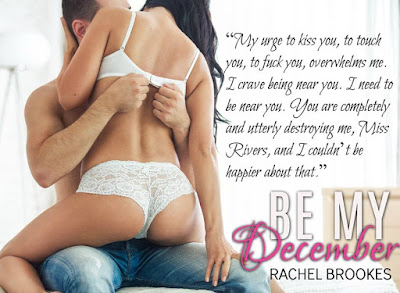 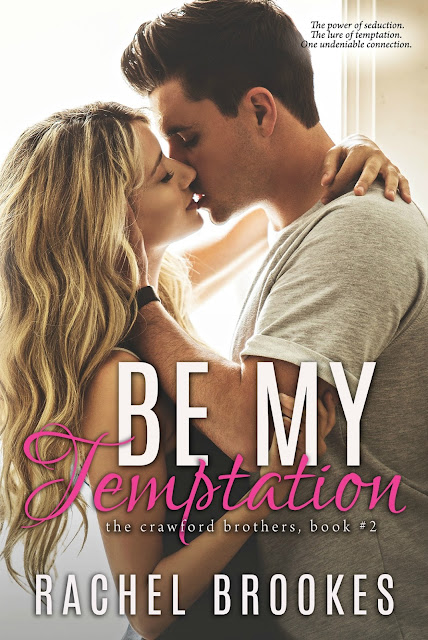 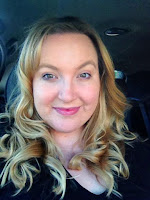 Rachel Brookes is from the east coast of Australia and writes angst ridden love stories with a pinch of craziness, a dash of drama, a cup of romance, and a bucketload of sexiness. With five novels currently published, she is constantly writing and getting ready to release her next hero and heroine into the world. An avid reader, Rachel can often be found with her kindle in her hand, and getting lost in a happily ever after. She has an unhealthy obsession with The Walking Dead, and social media, and loves hearing from readers at rachelbrookeswrites@gmail.com. 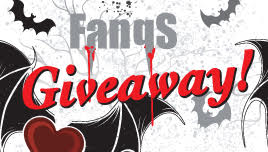 Email ThisBlogThis!Share to TwitterShare to FacebookShare to Pinterest
Labels: Review Be My December, Be My Temptation, Rachel Brookes, Sale Blitz