Juliet Lawler (Jules) is a social worker. She works with runaway kids. Four months ago she became a vigilante against drug dealers after one of her kids overdosed. Her street name is Law. When her path's collide with Vance Crowe, she gets the help of all the Hot Bunch which includes their protection.
Jules lives with her uncle Nick. He's her only family. Her parents and brother died when she was younger in a car accident. Her aunt Reba died as well when she was fifteen. She doesn't date. She has a cat named Boo. She cares very much for two of her street kids, Roam and Sniff.

Vance Crowe is a ladies man. But once he meets Jules, they are history.  He comes from a very sad background. Grew up with an abusive father. He can't tolerate violence against women. He makes it known that Jules is his now.

I loved them together. Again all the secondary characters make this a great funny (except for one sad part), fast paced book.
5/5 Fangs


“Outside my bike, never has anything important in my life been just mine.”


“Find yourself a woman who can cook and doesn’t mind you ordering her around al the time, being bossy and dictatorial and macho and hyper-intense and actually likes it when you get all … whatever… and make her belly flutter.” After I said that, my mouth snapped shut.


I’d gotten carried away and went too far.


Instead I said, somewhat wistfully, “I’m gonna miss the street.”


“You left it in good hands.” Vance’s lips weren’t smiling but his eyes were.


“How’s that?” I asked.
“Jack told me a dealer’s entire car was shrink-wrapped the other night.”
I felt my eyes widen. “What?”
“Tex shrink-wrapped a dealer’s BMW. Wrapped the whole thing in plastic wrap and then used a portable blow drier on it to tighten the plastic. Word has it, it was several layers deep.”

Posted by MrsLeif at 7:53 PM No comments: 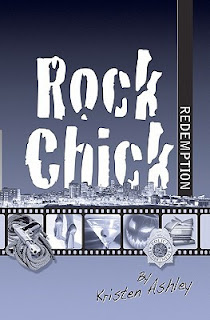 Roxanne Giselle Logan or Roxie is running away from her ex- boyfriend Billy Flynn. She decides to meet her uncle Tex who has not had contact with her mother, his sister, since he went to prison. Roxie used to write him letters while he was away. When she walks into Fortnum she gets more than Tex, she meets "Whiskey"
Hank Nightingale who is Lee's brother (Hero from book 1) and a cop just like Eddie (hero in book 2).
One look and Hank knows he wants Roxie (Sunshine) for himself. But, Roxie gets kidnaped by her ex, and the other bad guys catch up with them, they take Billy but leave her in the room where Vance (part of Nightingale's crew) finds her. A misunderstanding keeps Whiskey and Sunshine away (like for a day!). The Hot Bunch tries to keep her safe.
As always funny characters with funny lines. Loved when she is in the control room with Brody and she starts playing Diablo. The scene at Smithie's was funny too. Shirleen is a hit too.

One of my favorite quotes:


“I bet,” Uncle Tex broke in.
“It’s just dinner. Nothing more, not until I can finish up with Billy.”


“Dinner may be just dinner in Chicago but it ain’t in Denver. These boys don’t fuck around, you know what I’m sayin’?” Tex asked.
I’d already learned that.
He went on anyway. “Indy was livin’ with Lee after ‘bout a day. Jet was with Eddie from my count, after less than a week. The way Hank’s lookin’ at you, I’m guessin’ less than forty eight hours.” 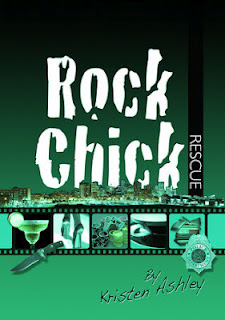 Jet McAlister is 28 years of age. She should be enjoying life instead she is taking care of her mother Nancy, who had a stroke 8 months ago. Jet has been working two jobs. She works at Fortnum's bookstore, which is owned by Indy from RC book 1. Her second job is at Smithie's strip Club as a waitress.
Her father left them when she was fourteen. She never really got over it. Jet's self-esteem is low. So when Eddie Chavez becomes interested in her, she doesn't really believe it. It starts at Indy's party, where she brings her chocolate caramel brownies and Tex , in his Tex way, tells her how great they are and she smiles, full on. Eddie loves her smile and he knows he wants her for himself. He starts his Eddie Torture, which means he keeps on trying to find time to touch or talk to her and comes to Fortnum all the time.
Things get a little crazy after her dad comes into town. He owes money to some long sharks. When Jet's life is in danger, Eddie enlists the help from the Justice League of Hot Guys to keep her safe.
This book has a lot of action, funny lines. My only complaint will be how long it takes Jet's self-esteem issues to disappear.