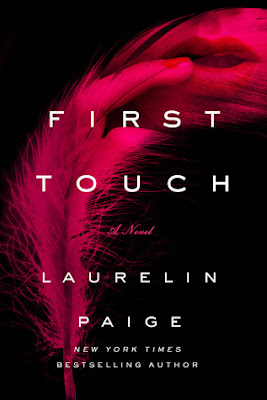 When Emily Wayborn goes home to visit her mom while on hiatus from her hit TV show, she receives a voicemail from her former best friend, Amber. Though the two were once notorious party girls, they haven't spoken in years. Although the message might sound benign to anyone else, Amber uses a safe word that Emily recognizes, a word they always used to get out of sticky situations during their wild days. And what's more chilling than the voicemail: it turns out that Amber has gone missing.

Determined to track down her friend, Emily follows a chain of clues that lead her to the enigmatic billionaire Reeve Sallis, a hotelier known for his shady dealings and play boy reputation. Now, in order to find Amber, Emily must seduce Reeve to learn his secrets and discover the whereabouts of her friend. But as she finds herself more entangled with him, she finds she's drawn to Reeve for more than just his connection to Amber, despite her growing fear that he may be the enemy. When she's forced to choose where her loyalty lies, how will she decide between saving Amber and saving her heart?

This book was sick! Sick in a twisted, crazy characters, what-the-hell-is-going-to-happen-next, I-need-to-know-now kind of way. It had me at the edge of my seat and I was in for the ride. From the beginning, I wasn't sure what to expect.

Emily Wayborn has a shady past. She and her best friend Amber survived their last teenager's years and early adulthood by using men and men using them. Emily loved Amber and they shared everything, including men sometimes. They had been each other's support system until a huge event broke them apart. Years later, Emily is an actress and the voice in a successful sitcom and she doesn't need to depend on men anymore. She is self-sufficient and she had very few relationships in the last decade. When Amber goes missing, Emily embarks in her search, leading her to the dangerous Reeve Sallis.

Reeve Sallis has power and he likes to be in charge, in and outside of the bedroom. He's a successful business owner with ties to the greek mafia. Many people believed him to be involved in his ex-grilfriend's death.  Currently, his last girlfriend Amber has also disappeared.

Reeve is more than interested in Emily and as twisted as they both are, they worked well together. They just have some many secrets in between which makes trusting each other, a hard thing to do.

I was shocked to the core when some of the secrets finally came to light.

This book is not for the faint of heart. It's gritty, dark and deviant. You have been warned.

"I just want to belong to you."

FIRST TOUCH by Laurelin Paige was phenomenal. But let me start by saying that the cliffhanger was KILLER and I’m not sure I can wait until the next book releases in June.
Emily and Amber have sketchy pasts. They use men through the art of manipulation to get whatever they desire.  Emily and Amber sever ties because of a twisted conflict and haven’t spoken in years.
When Amber goes missing, Emily puts the past behind her and goes on a hunt to find her longtime friend. The hunt leads Emily to the mysterious, wealthy, mafia connected Reeve Sallis.
**
FIRST TOUCH is unlike anything I’ve read so far. It definitely made its way to my top books of 2015. Throughout the story Emily’s ultimate goal was finding Amber, not falling for Reeve, but the time spent with him to uncover the mystery behind Amber’s disappearance slowly had her falling for his charm.   Emily and Reeve were completely twisted and even though their relationship was total dysfunction, it worked.
FIRST TOUCH had me chewing my nails because of all the secrets they are keeping from each other. The story is extremely fast paced and thoroughly entertaining. I recommend this book to anyone that enjoys gritty, dark, and sexy stories!
5/5 FANGS
**Complimentary copy provided by publisher in exchange for an honest review!

Laurelin Paige is the New York Times and USA Today bestselling Author of the Fixed trilogy. She's a sucker for a good romance and gets giddy anytime there's kissing, much to the embarrassment of her three daughters.  She is based in Denver, Colorado.