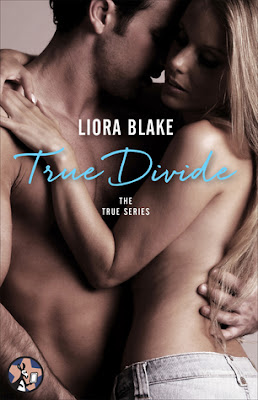 Spitfire Lacey Mosely feels stuck in a life she didn’t necessarily want. But will she find a happy ending with the man who broke her heart? Liora Blake concludes her witty and poignant True series with this spirited romance.


What do you do when the one boy you were never quite able to forget lands on your doorstep?


Lacey Mosely feels stuck: in her rural town of Crowell, Montana, at her job as manager of The Beauty Barn, and in her lackluster love life. Enter Jake Holt, one-time misfit and Lacey’s secret high school love. Ten years later, Jake is a private pilot whose travels take him all over the world, and once he shows up in Lacey’s life again—at the most unexpected time—he can’t seem to stay away. Now it’s up to Lacey to decide if she’s ready to let go of the past…and take a leap of faith for love.

I love this book! I actually love the series.

When Lacey appeared as a character on True North, I wasn't sure I was going to like her until she took care of Kate when she had her little break down. Then, she could have been a problem in True Devotion but she wasn't.

Lacey Mosely likes to dress up, wear make up and wear expensive shoes. She has worked at the same store since she was a teenager. Her life is in Crowell, Montana and she is happy that way. Nevertheless, she does long for a love like her sister has. She has dated the Sheriff who used to be a QB but her heart has always belonged to just one man, Jake Holt.

Jake was the troubled teenager who moved to a new town. He was the one other teenagers steered clear of except for the cheerleader, prom queen Lacey. He was in love with her but the town had nothing but bad memories for him so he left as soon as he was old enough. He wanted to make something of his life. After years of hard work he is now a private pilot. Fate brings him back to the small town of Crowell and to his first love Lacey.

I can't tell you how much I loved this book. Lacey and Jack had a true connection. This was their needed second chance at happiness.

It was great seeing how the other characters lives were progressing too.

I'm going to miss these characters.