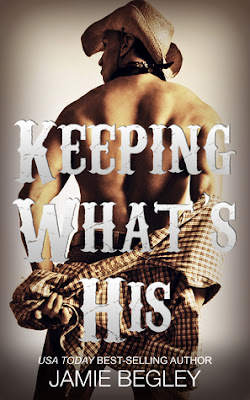 The Porter Brother's were raised to live and die by Three Rules
One, a Porter stands his ground


Sutton Creech was a cheat and a liar. Tate Porter had found that out when he was eighteen, and he had no intention of letting her make a fool out of him again. He didn’t care how much pain he saw in her eyes or how old memories tugged at his unforgiving heart until, the night a hidden secret is revealed and everything Tate had believed about their past is shattered, proving he had let the woman he loved get away.


Between trying to protect his family and running their pot growing business, Tate doesn't have time to play the "Nice Guy". He'd just have to remember the most important rule his father had given them: A Porter always keeps what's his.

Sutton Creech is back in her hometown. She left at the age of eighteen but now she's going to be staying at her grandfather's home. She's not sure for how long she's in town but she wants to make amends. She used to be very close to Rachel and she wants to tell her the truth. She was not counting on bumping into Tate on her first night back. She had loved him as a teenager but things went horribly wrong for them.

Tate Porter loves his family and would do anything for them. Their family business is not legal but he does what he must to bring food to the table. He was in love with Sutton when he was younger and now that she's back he realizes one thing: Sutton is his and he protects what belongs to him.
He's going to do whatever it takes to make it happen.


So I made the mistake of starting the book at ten last night. I thought "I'm only going to read a few chapters". Nope. Not with Jamie Begley's book. I had to read it in one sitting.

I liked Tate even before this book. Yes, at seventeen, he was immature but I think he just reacted to what he thought was a betrayal.

I was happy Jamie gave Sutton the happiness she needed. She had suffered enough and it was time to build a new life for her surrounded by people who cared for her and that made her smile.

I also enjoyed the humor in the book and seeing some of my favorite characters show up was the icing on the cake.

The Porter brothers are a nice addition to the big world Mrs Begley has created.