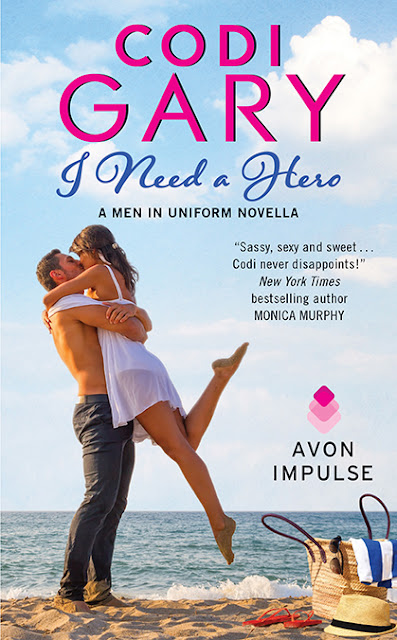 Sergeant Oliver Martinez joined the military to serve his country—not plan parties. But after a run-in with his commanding officer, Oliver is suddenly responsible for the Alpha Dogs Training Program’s upcoming charity event. Worse, he’s got to work with the bossiest, sexiest woman he's ever met—who just happens to be the general’s daughter.

When it comes to military men, Evelyn Reynolds is not interested. And with the opportunity to launch her new PR firm at the charity event, she doesn't have time for some sexy, arrogant jerk with a hero complex. Evelyn is determined to keep things professional—if only she can ignore how Oliver’s muscles fill out a t-shirt and the infuriating way he makes her heart pound.

But when tempers flare and a scorching kiss turns into so much more, Oliver and Evelyn will have to decide if this attraction is forever…or just for now.

Evelyn Reynolds is starting her new PR company and the General who is her father is helping her out by letting her run the Alpha Dog Training Program's charity event. She has swore to herself never to date someone who doesn't have time for her including anyone in the military. She wants someone with a regular 8-5 job. Meeting Sergeant Oliver Martinez makes her want to throw caution to the wind for a chance to be happy. Too bad the general is not in agreement.

I loved everything about this novella. It's the perfect beginning of a series. I know I won't miss any of the future books.
Evie and Oliver had great chemistry. Their story was full of banter, great supportive characters, awesome animals and sexy times. Just the perfect combo! It took me just one second to fall in love with Beast.
As a side note, Mrs Gary got all the Spanish phrases right.

"There is nothing I don't like-like about you."

A complimentary copy was provided by publisher in exchange for an honest review.
Posted by MrsLeif at 8:00 AM