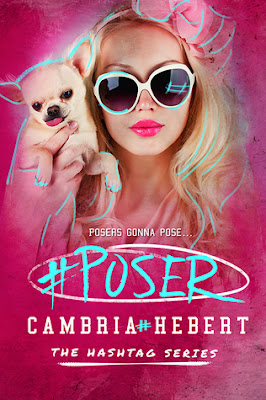 I am a man who had nothing, but found everything.

I’ll never go back to nothing ever again.

I vowed to protect her, and that’s exactly what I’m gonna do.

The pictures I stumbled upon haunt me still, the secret I shoulder is heavy.

They say secrets put distance between two people, but the truth is far more destructive than keeping it will ever be.

I won’t ever tell. She can’t ever know.

When I look in the mirror my reflection is of who I’m afraid I’ll become and not the man I am.

It makes me feel like a poser, no better than all the others pretending to be exactly who they aren’t.

How does a man keep it together when everything is unraveling right here in his hands?

I didn’t start any of this.

I never asked for it.

But it came knocking at my door.

When secrets and threats knock, I don’t hide.

I open the door.

Because the best way to take down a poser is to be one.

Can I just say how much I love Braeden? I thought Romeo had me hands down. Boy, was I wrong. Braeden was just perfect!

Ivy is still processing everything that happened in the last book. How the people of Alpha U treated her because of what Alpha buzz posted. Fortunately, she has the support of Rimmel and Braeden and later on her brother Drew shows up to check on her. At first I wasn't sure I was going to like him but soon he was part of the "family". Ivy doesn't know what Braeden is keeping from her but she knows there is something separating them and she wishes he would just trust her.

Braeden spends most of the time feeling guilty. Undecided about revealing what he knows and the repercussions of that truth. He loves Ivy and only wants to protect her. He senses the distance he has created by lying to her.

Rimmel and Romeo have a lot of page time which is always great to read. They are still so cute together and so supportive of each other. Romeo even buys a home so they can all live together while he's away.
Romeo relationship with Braeden is like bothers. They have one of the best bromances. They like to joke, and play around but when things matter they back each other up in a heart beat.

Trent was a nice addition to this group of great characters. I'm happy he and Drew will be getting their own spinoff series.

This series is one of my favorites. I do believe you gain more from reading them in order.