The Education of Caroline
by Jane Harvey-Berrick 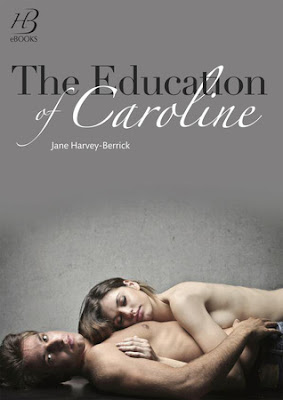 Ten years have passed since the last time Caro and Seb were together. She is now a successful journalist under a pen name and he's a US Marine working as an interpreter. Seeing him again shocks Caro's world big time. She never stopped thinking about him but he is not the same man. Sebastian has changed, he has a lot of anger, known to be a womanizer and drinks too much. At times, she gets glimpses of the man she fell in love to be later disappointed in his behavior. This doesn't last long. Sebastian realizes this is their second chance and screwing it up will destroy them.

I was so invested in their story and I knew I had to see where it lead them.

I was glad to see that Caro had matured. She was more comfortable with herself and in a way she followed the plans she made with Seb years ago. She was determined, successful, has surrounded herself with people who support her and knew what she wanted.

Sebastian had a lot of rage and I understood why. His past had made him the man he was now. He believed Caro left him and he was acting out. There were burst of immaturity that made me upset at him but he was still so tender and loving at times that it outweighed his insecurities.

Yet, their relationship wasn't an easy one...