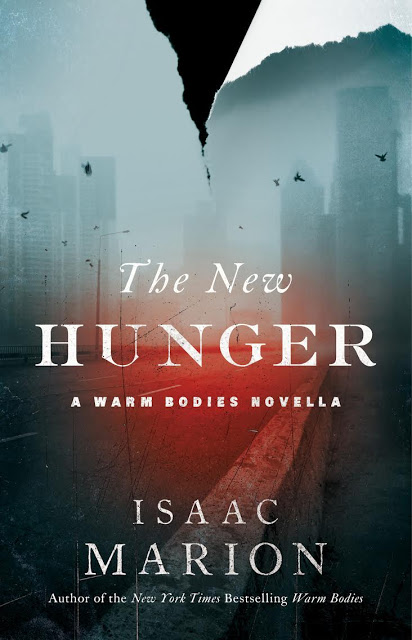 The end of the world didn’t happen overnight. After years of war, societal breakdown, freak storms, and rising tides, humanity already hovered near the edge. Then came the most unexpected threat of all: the world’s corpses rising up to deliver the final blow.

Born into this bleak and bloody landscape, twelve-year-old Julie struggles to hold on to hope as she and her parents drive across the wastelands of America on a nightmarish road trip in search of a new home.

Hungry, lost, and terrified, sixteen-year-old Nora finds herself her brother’s sole guardian after her parents abandon them in the not-quite-empty ruins of Seattle.

And in the darkness of a forest, a dead man opens his eyes. Who is he? What is he? With no clues beyond a red tie and the letter “R,” he must unravel the grim mystery of his existence—right after he learns how to think, how to walk, and how to satisfy the monster howling in his belly…

In this prequel we learn more about the main characters. Julie is a 12-year-old girl taking a trip with her parents. The world has changed and she has seen her nightmares come alive. Her parents are trying to find a safe place for them to settle.

Nora is only sixteen. She and her brother Addis have one purpose in life: to stay alive. Finding food and refuge is a priority. Nothing else matters.

And of course we get some R. He has just become one of them. He's trying to understand this new world he has woken up to. He knows he's different. He can feel it but he can also feel the hunger calling.

Great way to introduce these characters. I liked how their lives intertwined years before.
The horror of the new world is there but also the hope. Hope like a lingering spark...

If I had to pick a favorite character in this novella it has to be Nora. She was a survivor but she was just a teen, doing the best she could to keep the only family she has alive. Her love for her brother was deep. She would do anything for him. She also recognized that not all zombies were the same and just maybe not everything was lost. Did she make a mistake?

As a side note, I'm super excited for the sequel!