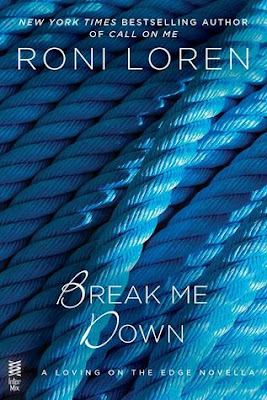 Samantha Dunbar needs to forget Gibson Andrews. When he trained her to be a domme, she experienced just how hot things could get with the sexy executive. She was ready to hand him everything—including her heart. But Gibson backed away, declaring them incompatible. He’s a dominant, and Sam’s no submissive.


But after an attack shakes Sam to her core, Gibson tracks her down at her family’s rundown farmhouse and makes her an offer. He’ll stay the week and be hers in every way—a helping hand for the renovation and a willing lover in her bed. He swore he’d never give up control to anyone again, but he hasn’t been able to touch another woman since Sam. Maybe a week alone with her will cure him of his relentless craving.


But one taste only makes them want more, and Sam and Gibson are drawn in deeper than ever. The man who won’t give in has just met the girl who won’t give up…

Samantha Dunbar is a domme and she tried a year ago to get Gibson Andrews to be her submissive. Gib wouldn't let it happen. Sam is almost ready to give up and find someone else to be with her. Sam was someone's secret before and this time she won't be with anyone who needs to hide who they are. Gib is not ready to give Sam what she needs. He is a dominant at work and he fears letting go can make his ghosts resurface. Nonetheless, when Sam needs him he has to step up to the plate and deal with her own shortcomings.


A complimentary copy was provided by the publisher in exchange for an honest review.
Posted by MrsLeif at 7:30 AM

Email ThisBlogThis!Share to TwitterShare to FacebookShare to Pinterest
Labels: Review Break Me Down, Loving on the Edge, Roni Loren