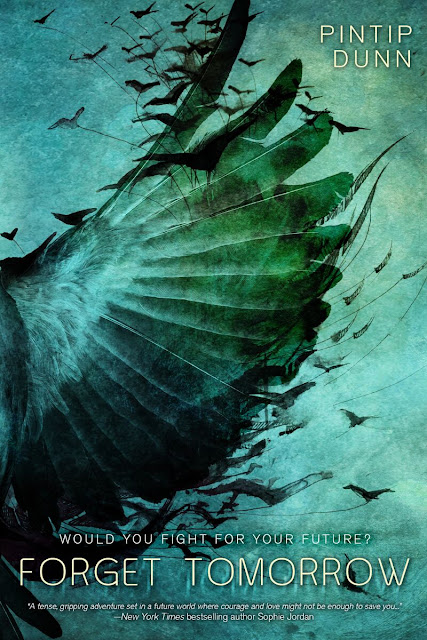 Imagine a world where your destiny has already been decided...by your future self.
It's Callie's seventeenth birthday and, like everyone else, she's eagerly awaiting her vision-a memory sent back in time to sculpt each citizen into the person they're meant to be. A world-class swimmer. A renowned scientist.
Or in Callie's case, a criminal.
In her vision, she sees herself murdering her gifted younger sister. Before she can process what it means, Callie is arrested and placed in Limbo-a hellish prison for those destined to break the law. With the help of her childhood crush, Logan, a boy she hasn't spoken to in five years, she escapes.
But on the run from her future, as well as the government, Callie sets in motion a chain of events that she hopes will change her fate. If not, she must figure out how to protect her sister from the biggest threat of all-Callie, herself.

10 ways the Forget Tomorrow world is different from our own

3. After you receive your memory, an hourglass insignia is tattooed on your wrist, right above where the black chip containing your future memory is implanted. This chip can be scanned by prospective employers, loan officers, even would-be parents-in-law, and it serves as your biggest recommendation.

4. Most food is prepared in the Meal Assembler, a machine where you stick in plastic-wrapped trays of ingredients and out pops the finished product. Food that is prepared by hand is very rare. Callie's passion is cooking, and her dream is to be a Manual Chef at one of the highly exclusive eating establishments.

5. A small percentage of the population has a psychic ability. These powers must remain hidden, as TechRA (the Technology Research Agency) picks up anyone with a reported ability to study in their labs. Newton, Einstein, and Darwin were all confirmed psychics.

6. Religion is not illegal, but it is unnecessary. Future memory gives people comfort, hope, and reassurance -- all the things the pre-boom people looked to their gods to provide.

7. The latest fashion trend is to dress like the people before the technology boom, where vision, bones, teeth, etc. can be fixed instantly. So, kids wear fake plaster casts and hearing aids as if they are accessories. They even glue tiny metal strips to their teeth.

8. Reflective patio furniture doubles as solar panels, in order to convert every drop of sunshine into energy.

9. The showers are luxurious, with water nozzles above, all around, and underneath. Buttons give you the option to mix soap with the water or to add a scent. After your shower, the nozzles will switch from water to heated air to dry your body.

10. Rather than using perfume, you can take pills to change your scent.

There you have it! Ten ways the Forget Tomorrow world is different from our own. What do you think? Would you like to live in this world? 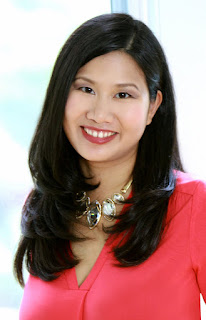 Pintip Dunn graduated from Harvard University, magna cum laude, with an A.B. in English Literature and Language. She received her J.D. at Yale Law School, where she was an editor of the YALE LAW JOURNAL. She also published an article in the YALE LAW JOURNAL, entitled, “How Judges Overrule: Speech Act Theory and the Doctrine of Stare Decisis,”
Pintip is represented by literary agent Beth Miller of Writers House. She is a 2012 RWA Golden Heart® finalist and a 2014 double-finalist. She is a member of Romance Writers of America, Washington Romance Writers, YARWA, and The Golden Network.
She lives with her husband and children in Maryland. You can learn more about Pintip and her books at www.pintipdunn.com