What You Need by Lorelei James 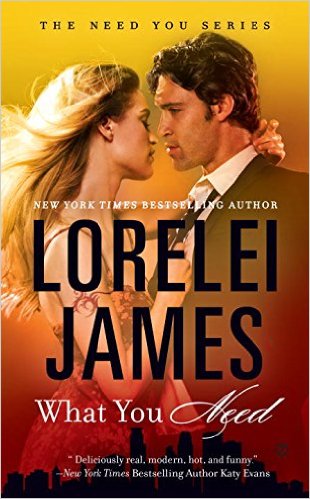 From the New York Times bestselling author of the Mastered Series and the Blacktop Cowboys® Series, the first in a brand new contemporary romance series . . .
The Lund name is synonymous with wealth and power in Minneapolis–St. Paul.  But the four Lund siblings will each discover true love takes a course of its own. . . .

As the CFO of Lund Industries, Brady Lund is the poster child for responsibility. But eighty-hour work weeks leave him little time for a life. His brothers stage an intervention and drag him to a seedy nightclub . . . where he sees her: the buttoned-up blonde from the office who’s starred in his fantasies for months.

Lennox Greene is a woman with a rebellious past, which she conceals beneath her conservative clothes. She knows flirting with her boss during working hours is a bad idea. So when Brady shows up at her favorite dive bar and catches her cutting loose, she throws caution aside and dares him to do the same.

After sparks fly, Brady finds that keeping his hands off Lennox during office hours is harder than expected. Though she makes him feel alive for the first time in years, a part of him wonders if she’s just using him to get ahead. And Lennox must figure out whether Brady wants her for the accomplished woman she is—or the bad girl she was

I will read anything that Lorelei James writes.  Her writing is magical and sophisticated, and keeps me fully engaged and entertained.

Now, years later, she has a stable life and job. She’s a “floater” at Lund Industries and has a house she shares with her roommate.  Everything is going smoothly, and with a childhood of uncertainty and constant change, she couldn’t be happier with her life and stability.

Brady Lund is 32 years-old and is the CFO of Lund Industries. He works over 80 hours a week and rarely makes time for himself. When he sees Lennox he’s immediately drawn to her and they have an instant connection.  He recruits her to help him loosen up and have a life outside his office.

I really loved this book.  From the first page I was hooked and couldn’t put it down until I was finished. The main thing I loved about this book was there were no company rules that stated employees couldn’t be involved.  Lately, there are so many books where the employee dates the boss and it has to remain a secret because of company policy, but with this book that wasn’t the case.  Lennox and Brady didn’t have to hide their relationship which was refreshing in a book that focused around a boss dating an employee.

Lennox had fantastic characteristics and was truly enjoyable to read. She was strong, independent and didn’t let anyone walk over her, including her dead beat mother.

I love reading books that have strong family connections and WHAT YOU NEED didn’t disappoint. Brady is extremely close to his brothers, sister, cousins and parents in this book and I love the large family interactions.  They are so organic and

Brady Lund is the successful CFO of Lund Industries. He works too hard and has no time to play. When he was a teenager, he was used for his money during a prom date. This marked him and he's suspicious by default now. His family is worried about him not having a personal life and they intervened. Brady admits he needs to start enjoying something more than math. He had his eyes set on Lennox for ten months before he finally approached her. He knows she's the right person to help him find his wild side.

Lennox Greene is finally in a job she likes. Her childhood was not perfect. She didn't get along with her mother and the company she kept. She left home and joined her boyfriend's band traveling from city to city. Once she noticed she was running away like her mother did, she came back home, went to school and applied for a stable job. She is happy at Lund Industries and she's not sure helping the wild side of Brady is what she needs now that her life is on track. If only he didn't look that good wearing suits!

I love Lorelei James books so I knew this was going to be good too. I like that Lorelei set up this novel in a way that most of the characters can get a book too. I like Brady and Lennox together. They had chemistry and neither was too damaged. I felt like Brady made a couple of bad choices but he was good at apologizing. Lennox had ambition and she has made something of herself. Before she met Brady, she could have continued her life without responsibilities but she wanted more out of life.

My favorite secondary character was Lennox's roommate. I hope she lands a book soon.

Brady Lund is CFO of Lund industries, Lennox Greene is a temp for Lund Industries, they couldn't be more different. Brady noticed Lennox instantly but with his fair share of failures in the past never got up the nerve to approach her. When he finally sees her on his floor he does! He talks to her! Although it doesn't turn out the way he would have liked it to. Soon after it seems like chance encounters are bringing them together, that must mean something.

Lennox decides a date with Brady couldn't hurt. There is definitely attraction. Brady has conquered the business side of his life but he needs help finding his way in his personal life, and recruits Lennox to help him with that. The only problem is Lennox has already lived out her wild side at a very young age and doesn't know if this is a good turn of events for her.

I love the writing in this story! Lennox was the wild child turned good and Brady was to nerd wanting to find his wild. Such a well written story in every way! I love the characters and the banter. It was cute seeing how Brady struggled with Lennox at times. I really took to Lennox right away as well. She is strong willed and just doing what she needs to to survive after having a pretty crappy childhood.

I am very excited to continue with this series! 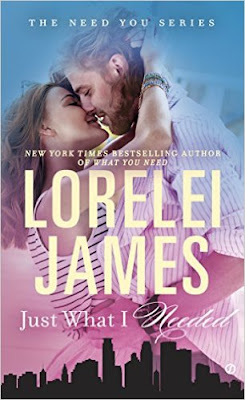 The second sexy novel in the Need You series, from the New York Times bestselling author of the Mastered Series and the Blacktop Cowboys® Series.

Trinity Carlson might be having the worst day ever. And that was before she started drinking in a dive bar, right across from her ex and his new girlfriend. So when she finally decides enough is enough, she grabs hold of a hot, blond stranger and gives him the kiss of his life.

Walker Lund never expected that a chance at love would hit him right on the mouth. Since the moment his brother decided to settle down, Walker has been dodging his family’s hopes that he’ll do the same.  He’s never been interested in following in anyone’s footsteps. But when he discovers his sexy assailant has given him a fake name and number he suddenly finds himself in the mood for a little hot pursuit...