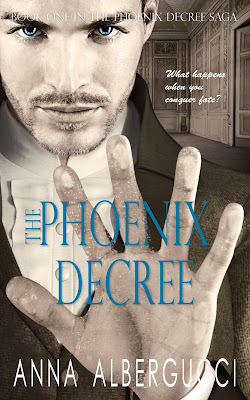 Blurb: It’s nineteenth-century England. Social decorum reigns. Devon Phoenix, Marquess of Phoxdale and first-born son of the Duke of Seton, shuns society when he is bound to his soul mate through the discovery of a buried family secret. He learns she will need his protection from those drawn to her because of her lineage. When he crosses two centuries into present day to claim her, it is not without cost.

The life of Boston artist and history buff Elz Valli is about to be irreversibly altered. Coming face-to-face with Devon, she feels certain this striking, intellectual man bears more than a shocking resemblance to the man marked in the pages of her history books. Even so, she does not expect the chain of events that unfold because of one heated dance with him. With the pendulum in motion, there is no turning back as Devon’s presence in today’s world ignites raging fires both good and evil.

Driven by his insane love for her, Devon will stop at nothing to have and protect Elz. But will this be enough to overcome the powers that will attach themselves to her?

This book is intended for mature audiences. 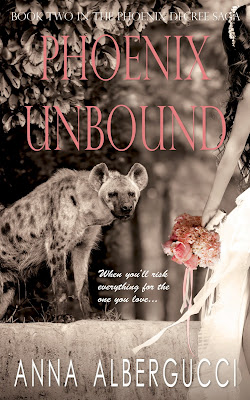 Blurb: Devon’s presence in modern-day Boston has roused the enemy who now stalks Elz. Though Devon and Elz become entwined, both body and soul, secrets still loom. Elz needs answers. Devon, imprisoned by his vow to keep quiet, must fight his desire to give them. All he can offer is his protection and his love.

Jarrett Phoenix, the current Marquess of Phoxdale, has been recruited by Devon to help on his mission. The car-racing playboy complicates an already risky situation by attempting to seduce Elz’s best friend, the ever-cautious Jaymi. Jaymi longs for more than Jarrett offers. The four spend the summer together, and tensions climb, as Jaymi is an unwilling candidate in Jarrett’s games.

Will Jarrett’s fear of love keep his heart from running the course and winning the prize? Will the shackles of silence leave Elz vulnerable to the enemy? And will Devon comprehend too late the real threat he faces when fighting the rival who will stop at nothing to take Elz from him?

THE FUTURE HOLDS THE ANSWERS…OR…DOES THE PAST? 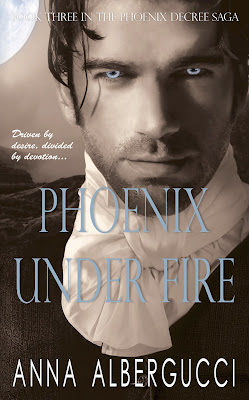 Lovers entwine and old friends collide as Devon and Elz begin life anew in nineteenth-century England. Gone is the jaded man his family feared would never love, never marry. In his place stands a man completely enamored with and vastly protective of the captivating beauty he keeps on his arm. Elz adapts well to life at Wedlove, relieved that their enemy is left behind in modern-day Boston.

Danger, however, lurks in every corner, and Devon may find his most challenging adversary yet in the guise of a childhood friend, one who is incredibly strong and cunning . . . one with a dark secret of his own.

Meanwhile, Devon’s warning to Jarrett manifests when Devon’s younger brother challenges Jarrett for Jaymi’s affection. Jaymi is torn between the gallant, handsome man who would offer her the world, and the reckless one who lingers in every waking thought. Will she seek a new life with a new love, or will Jarrett refuse to let her go? The Phoenix DeCree continues . . . 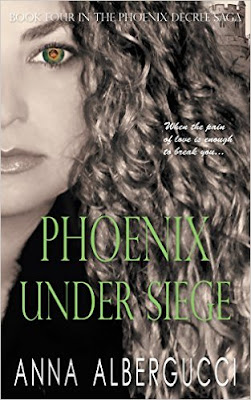 Devon has laid claim to Elz—marrying her in twenty-first-century America as well as in nineteenth-century England. He hopes it will grant a respite from others who are drawn to the flame in her eyes.

During a trip to London, his hopes are dashed as he thwarts an attempt to kidnap Elz. While investigating who is behind the attack, he finds himself at a crossroads and is forced to enlist the aid of his friend turned rival, Symond Grayson, the Duke of Graburn. In an act of compassion gone horribly wrong, Devon finds his marriage to Elz threatened and his world turned upside down. The door is opened for Symond, and the duke has every intention of walking through it.

With their love in as much danger as their lives, Devon has no choice but to send Elz far from Symond’s reach while he contends with their foes—old and new. Battered from all sides, Devon is under siege, and the stakes are raised as Elz and the Phoenix bloodline are placed in jeopardy. Devon could lose Elz forever if another can win her heart. 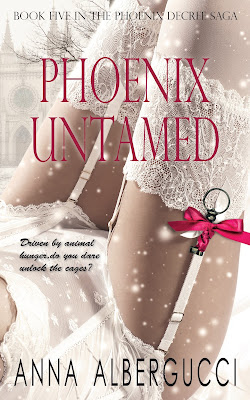 It's Christmas at Wedlove Castle.

Elz, mostly recovered from her recent ordeal, has flourished under Devon’s training and 1829 comes to a close with a double wedding on Christmas Day.

Pris’s and Kyle's excitement is unmatched, except by the anticipation shared by Jarrett and Jaymi, while Devon and Elz eagerly await the birth of their son, Eros.

But three miles away, at Castle Gray, Symond Grayson has made a drastic decision that changes things between him, Devon, and Elz forever.

And while the wedding celebrations continue, Reed Valli, Elz's brother, finds himself ensnared by a lovely young lady who thrusts them both into a compromising situation. 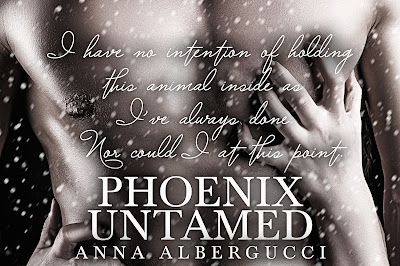 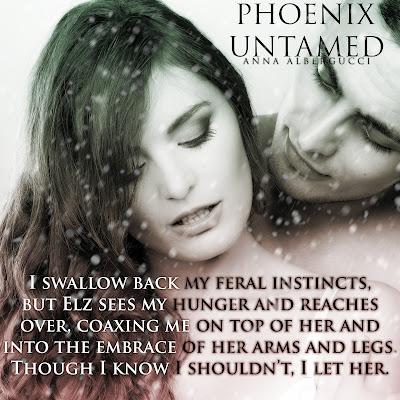 I touch Elz for the first time, taking hold of her hips and work in close behind her. Being my nature to take the lead while dancing, I follow my instincts and move my hand around, pressing it below her naval. Damn she feels nice to the touch. My little finger claims a risky position as I pull her against me and continue to move to the music with my heart beating a damn hole in my chest.

With a soft moan, she tips her head back against my shoulder and sinks into me, her back arching. Rolling her hips in slow wide circles with the music, she rubs her arse against me. I suck a breath—Oh damn—and tug hard, twisting the material of her dress below her naval into my fist as I drive forward, my thighs and buttocks tightening.

Insane for her, I mold into her body and press my lips to her ear. “Oh, cara, I want you badly. You’re torturing me again. And you taste and smell so delicious, just as I always knew you would.”

Trembling, she squeezes my thigh and says, “My God, it really is you, Devon.”

Hearing my name cross her lips, I spin her around to face me. Baffled, I grip her shoulders and stare into her eyes. “You know exactly who I am? My name and everything?”

Seeing the answer in her face as she nods, I squeeze my eyes shut and whisper thanks to God. When I open them I know He has delivered me from my hell, and I come near to weeping.

I search Elz’s face for the smallest hint of uncertainty.

There is none, only her undeniable desire for me.

Please, Lord, let me kiss her.

I whisper, “Elz. May I please—” but before I can finish or she can answer, she grabs my face and pulls me fast and hard to her mouth. The kiss is greedy.

Pulling her against me and into my starving arms, I swallow her up with the same ravenous passion.

Our mouths are gluttonous, eating from one another as though our deeply entangled lives depend upon it.

I’m shameless with unleashed desire and take what I want, not only from her lips and tongue, I indulge in craved bites within salty kisses from her cheeks, eyes, forehead, neck, and soon to be every other part of her.

She’s as lost to this madness as I.

Anna Albergucci has always had a vivid imagination. When she was a child, she entertained her mother and anyone who would listen with the telling of her intricate dreams. Now she puts that inspiration to paper, weaving her stories into deeply passionate characters that live lives the rest of us only dream about.

Married to her high school sweetheart, Anna lives in Texas surrounded by her ever-growing family and her fur babies. She serves as president of Cisco Writers Club, and is the founder of a yearly writers’ retreat she hosts at her estate each fall.

She loves mornings, coffee, and sitting on the porch appreciating her life. She’s a sucker for hosting parties, especially historical costume parties. And in her spare time you can find her touring old mansions, shopping for antiques, or curled up reading a romance, paranormal, or thriller, whether historical or contemporary.