Holding Her Close by Lexi Ryan 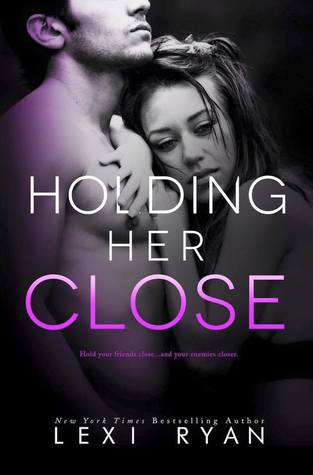 HOLD YOUR FRIENDS CLOSE...AND YOUR ENEMIES CLOSER.
She's everything he detests about Hollywood.
After spending my entire acting career being cast as the airhead, I finally have the serious role I've been dying for, and I screw it all up during a four martini dinner with my ex. Now, thanks to the morality clause in my contract, I might lose the role of a lifetime. My only hope is to convince the media (and my eccentrically conservative director) that I've entered a committed relationship. But when I use my brother's costume party to launch Operation Fake Fiancé, I end up in front of the camera with the wrong guy, leaving my reputation—and the fate of my career—at his mercy. Any other guy I could sweet talk into playing the supporting role I need, but not Officer Cade Watts. Not the man who hates everything about me. Not the man who would most revel in seeing me fail.
He's everything she needs.
I don't care how good it felt to have her in my arms. I don't care that I can't close my eyes without remembering the way she tastes or the sound of her moan. I want nothing to do with Janelle Crane. Her scheme to fake an engagement to save her own career is exactly the kind of manipulative Hollywood crap I left LA to escape. But when her fan mail turns threatening and the tragedies befalling her former co-stars seem to be anything but coincidence, everything changes. Now I don't just want to play the part of Janelle's fake fiancé, I demand it. I won't let my jaded heart cost me another case. I may not trust Janelle but I do care, and the only way I know she's safe is if I'm holding her close. 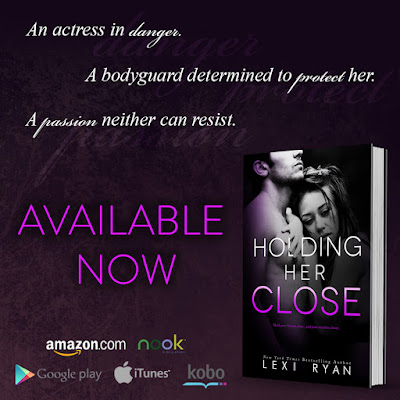 HOLDING HER CLOSE, 2016 © by Lexi Ryan
“Why are you so angry with me?” I link my hands behind his neck. “You’re always so angry with me.”
“Are you fucking kidding me?”
Rising onto my toes, I position my mouth by his ear. “No one’s going to believe you’re my boyfriend if you hold me like you’re afraid you might catch something.”
One second we’re standing there, barely moving on the dance floor. The next, he’s spinning me around, and I’m trapped between his body and the wall. He has one hand at my neck, the other at my waist, one thick thigh between my legs.
“You wanna know why I’m angry?” He presses closer. My already-short skirt hikes higher up my hips, and I’m treated to the delicious pressure of his thigh pressing into the lace of my panties. “Maybe because you’re reckless. Selfish. Immature. Maybe because for the last three hours you’ve been boozing it up with your buddies while I was picturing you bound and helpless to some obsessive maniac.”
Before I can reply, his mouth is on mine. This isn’t like the seductive kisses we shared on our first night together, and it lacks the tenderness of the kiss he gave me at the station. This kiss matches his mood. It’s hot and angry. Demanding and possessive. This is the kiss of a man who very well could throw his woman over his shoulder and drag her home. The kiss of a man whose woman would relish such treatment.
I shouldn’t be that woman. I shouldn’t even pretend to be her. But should has nothing to do with the way I open my mouth and slip my tongue inside to taste him. Should has nothing to do with me shifting my stance, lifting one knee to give his thigh better access to my aching center. When Cade touches me, should goes out the window and is replaced by must.
I must pull him closer. I must learn how his neck tastes. I must dissolve into his kiss until the world disappears. Then even must falls away and I am nothing but this ache where need becomes pleasure and pleasure becomes need. He called me reckless, and right now I am. With him, that’s what I become.
When he tears his mouth from mine, I gasp at the loss.
“Is that better?” he asks, rubbing his face against my neck and marking me with his stubble. “If I hold you like this.” The hand at my waist slides down until he’s cupping my ass. “Touch you like this.” The hand on my neck dips to skim the tops of my breasts. “Would that be enough?” He opens his mouth against my neck and sucks. Hard. “What’s it going to take to get you to listen to me?” 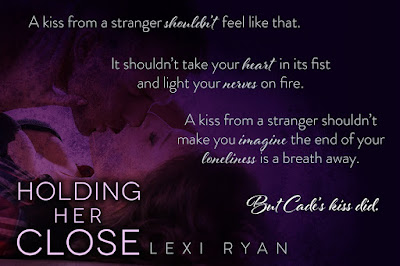 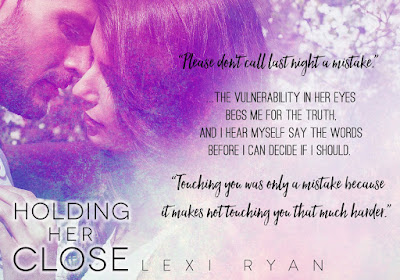 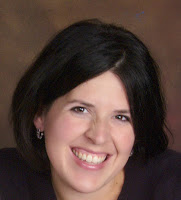 New York Times and USA Today bestselling romance novelist Lexi Ryan is a former college English professor turned full-time writer. She lives in rural Indiana with her husband and two children. When not writing, she can be found enjoying yoga, reading copiously, hanging out with her family, and thanking her lucky stars. 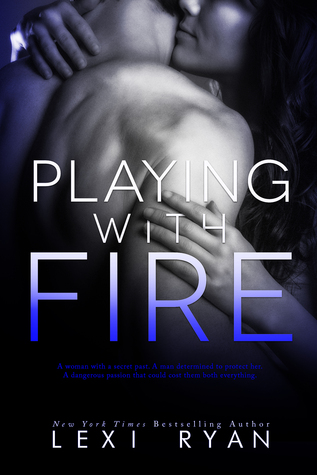