The Score by Elle Kennedy 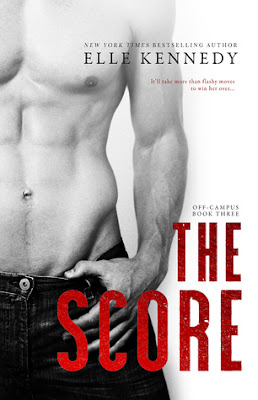 He knows how to score, on and off the ice

Allie Hayes is in crisis mode. With graduation looming, she still doesn’t have the first clue about what she's going to do after college. To make matters worse, she’s nursing a broken heart thanks to the end of her longtime relationship. Wild rebound sex is definitely not the solution to her problems, but gorgeous hockey star Dean Di-Laurentis is impossible to resist. Just once, though, because even if her future is uncertain, it sure as heck won’t include the king of one-night stands.


It’ll take more than flashy moves to win her over


Dean always gets what he wants. Girls, grades, girls, recognition, girls…he’s a ladies man, all right, and he’s yet to meet a woman who’s immune to his charms. Until Allie. For one night, the feisty blonde rocked his entire world—and now she wants to be friends? Nope. It’s not over until he says it’s over. Dean is in full-on pursuit, but when life-rocking changes strike, he starts to wonder if maybe it’s time to stop focusing on scoring…and shoot for love.

Allie Hayes is Hannah's best friend. She has recently broken up with her boyfriend of many years. However, she is still susceptible to his charm. She needs to stay away from her dorm. Her best friend gives her an out: stay at her boyfriend's place he shares with two other hockey players and recharge. The last thing she was expecting is to find Dean Di-Laurentis in a compromising position and, later on, sleeping with him. Blame the tequila. But, Allie is not ready to have a repeat performance. No matter how tempting it is.

Dean is a free spirit. He follows the life of Dean. He doesn't care what people think of him and he has his own path. He knows he is becoming a lawyer, following his family's steps. His family supports him and cares for him deeply. Not everything is fun. His team is constantly losing, a past enemy is coming into his life and he's forced to volunteer his time teaching kids to play hockey. On top of that, Little Dean is not wanting to spend any time with other ladies except for Allie. Dean might just have to concede defeat. Allie is the one for him.

I love The Deal and I liked Elle Kennedy's humor. Allie and Dean's banter was just perfect. Tit for Tat. They seem so different. Allie a serial dater and Dean a serial playboy but their communication was not an issue. They shared things no one else knew and they admitted hard truths to each other too. I was surprised how hard it hit me when Dean was grieving. In regards to their attraction, it was off the charts!

“Hey. You know Twilight?”
He blinks. “Excuse me?”
“Twilight. The vampire book.”
His wary eyes study my face. “What about it?”
“Okay, so you know how Bella’s blood is extra special? Like how it gives Edward a raging boner every time he’s around her?”
“Are you fucking with me right now?”
I ignore that. “Do you think it happens in real life? Pheromones and all that crap. Is it a bullshit theory some horndog dreamed up so he could justify why he’s attracted to his mother or some shit? Or is there actually a biological reason why we’re drawn to certain people? Like goddamn Twilight. Edward wants her on a biological level, right?”
“Are you seriously dissecting Twilight right now?”
God, I am. This is what Allie has reduced me to. A sad, pathetic loser who goes to a bar and forces his friend to participate in a Twilight book club.
“I don’t know whether to make fun of you or refer you to a shrink,” Beau says solemnly. “I’ve never met a dude who’s actually read that book.”
“I haven’t read it. My sister was obsessed with those books when they came out. She used to follow me around the house and offer me recaps against my will.”
“Uh-huh. Sure. Blame it on your sister.” 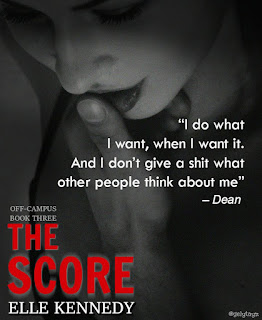 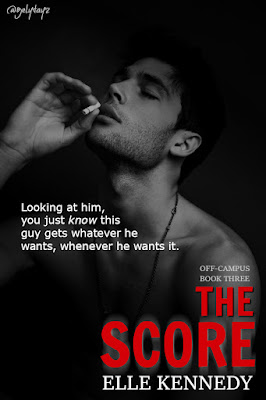 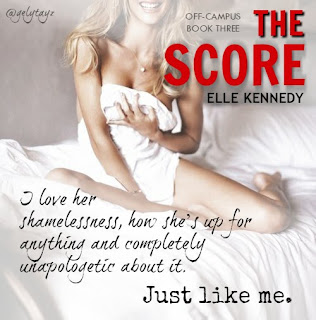