Elementals: The Blood of the Hydra
by Michelle Madow

Filled with magic, thrilling adventure, and sweet romance, Elementals: The Blood of the Hydra is the second novel in Michelle Madow’s Elementals series that fans of Percy Jackson and The Secret Circle will love! 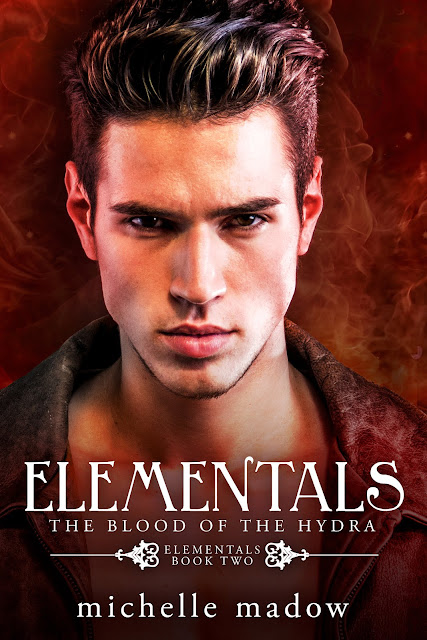 A DEMIGOD WHO CAN KILL WITH A TOUCH. IT’S AN ABILITY THAT MUST BE KEPT SECRET FROM EVERYONE, EVEN FROM THOSE TRUSTED MOST.

Finding out that her new school had her in a special homeroom for witches was strange enough, but now Nicole must face the realization that she has the rare power to kill with just a touch. It’s a secret she needs to keep not only from the Head Elders, but from the super-sexy witch Blake, who she’s had undeniable chemistry with even before he broke up with his long-term girlfriend, the vengeful witch Danielle.

Now Nicole and the four others gifted with powers over the elements, including Blake and Danielle, must stop a series of monsters that they previously believed to be dead from rising once again and destroying the mortal world. Three magical items are needed, including the blood of the slain hydra – ingredients that they must journey to the dangerous, mystical islands in Greece to retrieve.

The monsters they face on this journey will be more threatening than anything they’ve encountered yet. But with the fate of the world on their shoulders, it’s up to the Elementals to return home victorious. Will they find the ingredients they need? Can Nicole and her friends pull off this mission while the tension between her, Blake, and Danielle threatens to ruin everything? And how long will it be until Nicole is forced to use her ability to kill in front of everyone, revealing the true darkness of her powers?

Find out in The Blood of the Hydra, and join the Elementals on their next journey in their quest to save the world – or die trying.

And don’t miss the first book in the series, Elementals: The Prophecy of Shadows! Click here to learn more. 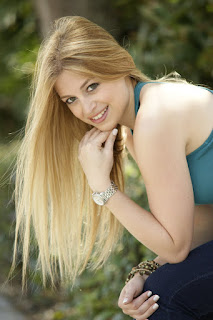 Michelle Madow has always loved writing stories, but the possibility of being an author used to feel more like a dream than a reality. She didn’t share her stories with anyone until her junior year of college, when she signed up for an Intro to Creative Writing course. Her teacher and classmates read the first chapter of a book idea she had, and they loved it so much that they told her she had to finish the book so they could find out what happened next. By the end of the school year, Michelle finished that book, which would later be published as her first novel, Remembrance.

Michelle grew up in Baltimore, and now lives in Boca Raton, Florida, where she writes books for young adults. Some of her favorite things are: reading, pizza, traveling, shopping, time travel, Broadway musicals, and spending time with friends and family. Michelle has toured across America to promote her books and to encourage high school students to embrace reading and writing. Someday, she hopes to travel the world for a year on a cruise ship.

Visit Michelle online at www.michellemadow.com, and be sure to sign up for her newsletter and follow her on Amazon to get instant updates on her books!
Email: michelle@madow.com

Michelle is offering one lucky winner a signed paperback of Elementals: The Prophecy of Shadows! To enter, simply fill out the Rafflecopter below: