The Killing Forest by Sara Blaedel 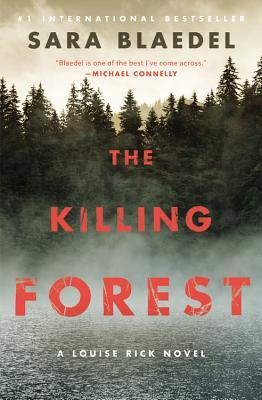 Sara Blaedel, author of the #1 international bestseller The Forgotten Girls--which was roundly praised as "gripping" with "uncompromising realism" (Washington Post) and "tautly suspenseful" (BookPage)--returns with the thrilling next book in her series featuring police investigator Louise Rick.


THE KILLING FORESTFollowing an extended leave, Louise Rick returns to work at the Special Search Agency, an elite unit of the National Police Department. She's assigned a case involving a fifteen-year-old who vanished a week earlier. When Louise realizes that the missing teenager is the son of a butcher from Hvalsoe, she seizes the opportunity to combine the search for the teen with her personal investigation of her boyfriend's long-ago death . . . Louise's investigation takes her on a journey back through time. She reconnects with figures from her past, including Kim, the principal investigator at the Holbaek Police Department, her former in-laws, fanatic ancient religion believers, and her longtime close friend, journalist Camilla Lind. As she moves through the small town's cramped network of deadly connections, Louise unearths toxic truths left unspoken and dangerous secrets.

Sara Blaedel does have a way of pulling you into the story and not letting you go until you hit the last page. Mrs. Blaedel has a complete understanding of what makes us tick as thriller/suspense readers. She pulls you into her world and you don't want to fight your way out of it. The Killing Forest has the winning formula to what I have come to expect of her work.

The novel begins with a fifteen-year-old teenager, Sune, participating in the ritual of passage from childhood to becoming an adult as part of the Asatro cult/religion. I won't tell you what the ceremony includes but I can say, I don't blame Sune for running away.

After a much needed medical leave, Louise is back at work. Number one on her list is dealing with Eik, her partner and recent lover. She pushed him away after what happened at the end of The Forgotten Girls. Surprisingly, Eik doesn't make a big deal about it and he even has a new friend to introduce her to, George, a German Sheppard who is recuperating from being shot in the line of duty.

Not too long after, Louise and Eik are given the case of the missing teenager Sune. Sune is the son of the butcher Lars Fradsen from the last book. He's part of the same gang Klaus, Louise's dead boyfriend, was part of. Louise knows this case can bring back all the pain from when she lost Klaus but she knows she has to know what really happened. As the case progresses, the more they dig in, the more information they start accumulating. Sune might be hiding in the forest close to Camilla's property and he might be a witness to a crime.

Louise and Eik will have to untangle the deceit and decades of silence between several members of the Asatro cult. They also will have to find the missing boy before it's too late.

It's so easy to like the main characters. They are both damaged by past relationships but being together is healing them. I also like Camilla and Frederick. They are both good people and I hope things get better for them.

If you like The Forgotten Girls you are going to love The Killing Forest. It answers so many questions from Louise's past.