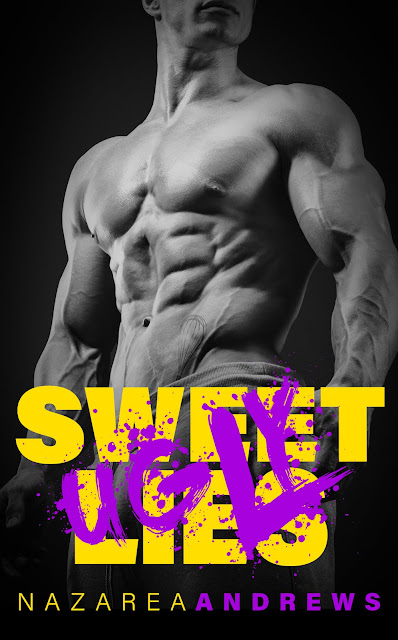 Gabriel Delvin is three things: a problem, a liar and irresistible. Elijah Beasley’s known that for years. He knew before they slept together, and he knew when he walked away from Gabe, unwilling to put up with more lies. The problem is he keeps going back.

Elijah Beasley is three things: a cop, a fucking problem, and Gabe’s. Gabriel Delvin’s known that for as long as he can remember. It’s why they fell into bed together, and why Gabriel stayed in Green County, when all sense said to get out.

But as the underbelly of crime in Green County comes boiling to the surface, Gabe is forced to chose between the man he’s always loved, and the family who never abandoned him.

Love has never been the problem, for these two. 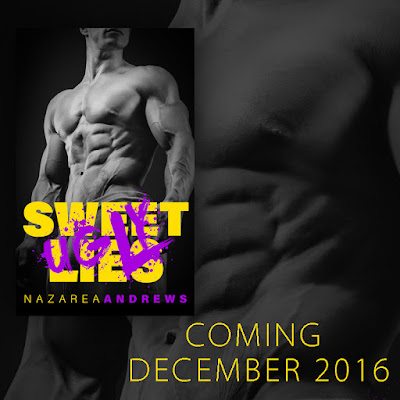 A Note From Nazarea:

Gabe was never a planned character. He showed up in the first chapter of Dirty Sexy Secret, and made himself at home. He dug under my skin while I wrote Dirty Stolen Forever, this mischievous background character that was begging me to tell his story. I wasn’t going to. Remi was next. And I was so excited to share his story.

Gabe was here first and patient. So here is. You can read a tiny bridge short story from Gabe’s POV now, and make sure to grab SWEET UGLY LIES on release day!

Read all of Elijah and Gabriel’s story in

I make a cake for a man who may never show up.
That's the thing. The bitch of it all. I'm waiting. And he fucking knows it. And I can't make myself stop.
I texted him earlier, and got the standard response.
We need to talk.
Which I then ignored because whatever the fuck else we are, talking isn't something Elijah Beasley and I have ever done.
I see no reason to change that now.
The simple truth of it all--the one I sure as hell won't admit to my baby brother sitting drunk and picking at the chocolate cupcake he's holding, or Elijah or fuck, even Hazel--is that I miss him.
I miss Eli.
He's cooled things off between us, has hidden behind his sister and his fucking badge and I should let him.
Fuck, I know I should let him. Getting involved with Eli had only ever been a bad idea.
Doesn't mean I've ever considered walking away. Doesn't mean I don't want him. If anything, it makes the whole fucked up mess more tempting.
Aiden is humming morose questions into my shoulder and I kinda want to shove a cupcake in his face just to shut him up. There is a knock on the door and I sit up. I hadn't heard that ridiculous Roadrunner that Eli sometimes borrowed from Archer.
Maybe it was Colt, come to further screw over my brother.
And that was just an infuriating thought.
It's not though. Well. It is. But if Colt is standing there with wide worried eyes and a hopeful twist to his lips, so is Eli, his face blank and his big hands shoved into his pockets. Watching silently.
I hate him for his impassive stare. For the way he never seems affected by anything.
Well, except when I'm riding him and he's cursing and pouring filth down my ear like a fucking porn star.
I don't even look at him as Aiden takes Colt by the wrist and leads him away, and if my baby brother pulling a Marine around like a bad puppy isn't amusing, nothing is or ever will be.
I turn without looking at him. “I need coffee.”
Eli huffs a little, trailing me into the house. His fingers find my hips when he comes up behind me in the kitchen.
He's so fucking big. Six foot and some change, with shoulders so broad they make me itch to rake my fingers over them. To dig my nails in them while I fuck him and lick a path down between them.
I roll my hips, still in his hands, into his dick and he laughs. A strangled noise that tells me I'm getting to him.
“Didn't come here for sex, Gabe,” he says, his voice breathy and low against my skin. I shudder and he groans, pushing into me.
“Whatdya want then?”
“I want you to talk to me, Gabe,” he murmurs and I freeze.
Talk.
About those two days and those ice cold bastards. About being held by the twins and Hanna.
All the things I wish I could tell him and I can't. The words stick in my throat and I shake my head. I feel his huff of annoyance and I twist in his grip. “C’mon, Gigantor. Talking is overrated.” I smear a little frosting from his cake on my finger and lick it clean while he watched, his eyes going dark.
“You can't avoid this forever, Gabe.”
It's been almost three weeks since I fucked him. Since before I was kidnapped and Aiden arrived in my house and Eli started treating me like spun glass.
So fuck talking. I lick my finger clean and then grab him by the shaggy long hair that is just a little ridiculous and so fucking hot I can't stand it.
Use it to drag him down until I can kiss him and lick the taste of sugar and spice and pecans into his mouth.
And it works.
Because whatever else we are. Whatever fucked up ugly lies are between us.
This is true. This is our center.
He groans into my mouth and hitches me up, until my ass hits the counter and the cake pushes across it, smearing frosting as he fucks into mouth with long wet strokes of his tongue.
Tomorrow.
Tomorrow we’ll talk. And I'll lie to him. But tonight.
Tonight there is only this sweet truth. 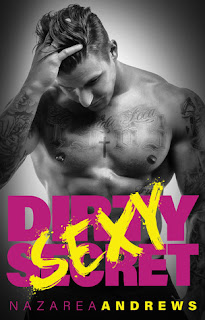 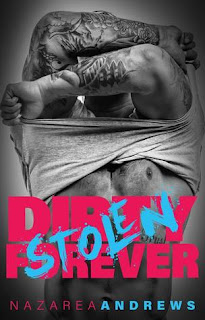 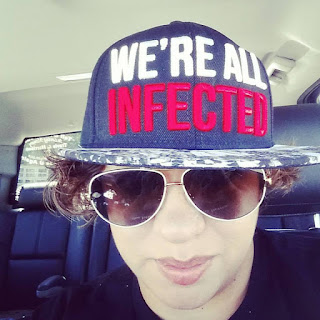 Nazarea Andrews (N to almost everyone) is an avid reader and tends to write the stories she wants to read. Which means she writes everything from zombies and dystopia to contemporary love stories.

N is a self-professed geek and enjoys spending her spare time lost in her favorite fandoms and can often be found babbling about them on social media.

She lives in south Georgia with her husband, daughters, spoiled cat and overgrown dog. She is the author of World Without End series, Neverland Found, Edge of the Falls, and The University of Branton Series. Stop by her twitter (@NazareaAndrews) and tell her what fantastic book she should read next.