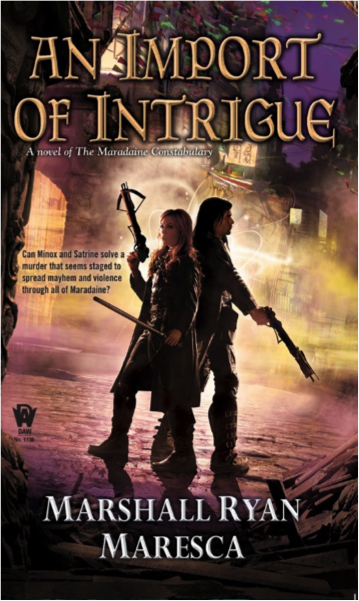 The neighborhood of the Little East is a collision of cultures, languages, and traditions, hidden away in the city of Maradaine. A set of streets to be avoided or ignored. When a foreign dignitary is murdered, solving the crime falls to the most unpopular inspectors in the Maradaine Constabulary: exposed fraud Satrine Rainey, and Uncircled mage Minox Welling.

With a murder scene deliberately constructed to point blame toward the rival groups resident in this exotic section of Maradaine, Rainey is forced to confront her former life, while Welling’s ignorance of his own power threatens to consume him. And the conflicts erupting in the Little East will spark a citywide war unless the Constabulary solves the case quickly. 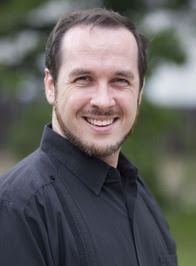 Marshall Ryan Maresca grew up in upstate New York and studied film and video production at Penn State. He now lives Austin with his wife and son. His work appeared in Norton Anthology of Hint Fiction and Rick Klaw’s anthology Rayguns Over Texas. He also has had several short plays produced and has worked as a stage actor, a theatrical director and an amateur chef. His novels The Thorn of Dentonhill and A Murder of Mages each begin their own fantasy series, both set in the port city of Maradaine. For more information, visit Marshall’s website at www.mrmaresca.com or https://twitter.com/marshallmaresca.