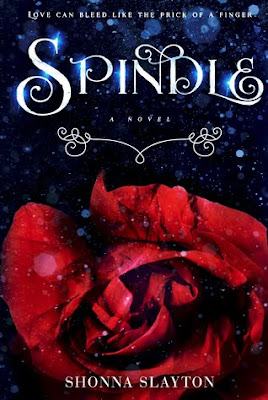 Set during the Industrial Revolution, Sleeping Beauty's happily ever after isn't the end of the story...In a world where fairies lurk and curses linger, love can bleed like the prick of a finger.Briar Rose knows her life will never be a fairy tale. She’s raising her siblings on her own, her wages at the spinning mill have been cut, and the boy she thought she had a future with has eyes for someone else. Most days it feels like her best friend, Henry Prince, is the only one in her corner…though with his endless flirty jokes, how can she ever take him seriously?When a mysterious peddler offers her a “magic” spindle that could make her more money, sneaking it into the mill seems worth the risk. But then one by one, her fellow spinner girls come down with the mysterious sleeping sickness—and Briar’s not immune.If Briar wants to save the girls—and herself—she’ll have to start believing in fairy tales…and in the power of a prince’s kiss.

I am a sucker for fairytale retellings, so when I heard about this book, I knew I needed to try this book out! I would have liked there to be more obvious callouts to the original fairytale, but I liked the unique twists the author put on the classic story. The story takes place during the Industrial Revolution and focuses on mill workers and women's suffrage. I thought those aspects added such a unique and interesting plot line to this novel. I thought the historical elements were the best part of the book! All of the details on the events during that time period that were talked about in the book showed that the author did a lot of research, and it payed off!Briar was an okay main character. She actually annoyed me and I found her hard to relate to. I wish there would have been more dimension to her character and more growth. My favorite character in this book was Henry! Henry was so adorable. I want to just hug him forever. To be honest, I was obsessed with Henry throughout this entire book. Henry made me swoon and smile. I wish he would have been in the book more! I feel like this book would have been more entertaining and enjoyable if Henry was in the book more often.The beginning of this book was quite slow and then the second half felt a bit rushed. I thought the second half was a lot more exciting considering there was more action, but it still felt rushed. However, the second half of the book made me blow through the rest of the book in one sitting because I could not put it down!Overall, I thought this was an interesting and unique spin on a classic fairytale. I would recommend this to fans of fairytales, romance, and historical settings.

Posted by MissDaemon at 8:25 AM