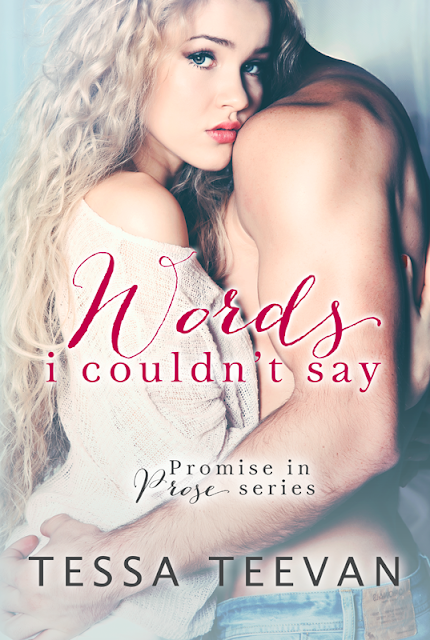 You know the old adage “if you love something, set it free?"It's the dumbest thing I’ve ever heard.The dumbest thing I've ever done.I loved her. I lost her. Hell, I let her go. And then spent five miserable years without her.To cope with the loss, I put pen to paper and wrote her a love story, knowing when she was ready she’d hear the words I couldn’t say all those years ago. Turned out, not only would she hear them, but when Hollywood came calling, I made sure she got the lead role. After all, no one else could portray the character whom she’d inspired.Now she's within arms' reach and finally, she'll know the truth in my heart.Because that other cliché, “Actions speak louder than words?”I’m going to prove it. My words may have brought Ava Banks back into my life; I have to be enough to make her stay. 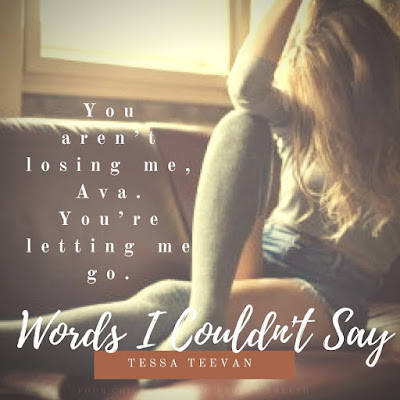 I knew life wasn’t that simple. It wasn’t that easy. It was messy and unforgiving, relentless in the hands it dealt. Just when you thought everything was perfect, the universe decided you didn’t deserve such happiness and then ruined it. My parents were an anomaly. Don’t get me wrong. I loved them, and knew how fortunate it was they’re still blissfully in love after all those years together. Grossly in love at times. The amount of PDA I’d witnessed in my own household would put the kids in my high school to shame. I never thought I’d have a love like theirs, though. I never thought I’d want it.

Because finding your soulmate in high school? That’s like waiting for lightning to strike in the same spot twice. In other words, it wasn’t going to happen for this girl, even if my life was paralleling theirs a little too close for comfort.

Tucker, my best friend and the boy next door since childhood, was always a little too close for comfort. Except he wasn’t too close. He was exactly where I wanted him to be. Or well. He had been until I pushed him away.

They say history is bound to repeat itself—I said no way. But, sometimes, you can’t fight nature. And the way he made—and still makes—me feel? It’s the most natural feeling in the world. It’s like home. Comfortable. Cozy. And I wanted to wrap myself up in it and bask in the warmth in my heart.

And then his parting words seeped back in.

“I’m not your dad, Ava. I’m not chasing you until you realize we’re meant to be together. If you choose to leave, you’re doing so knowing exactly what you’re giving up.”

And then I make the biggest mistake of my life.

Tucker was not my dad.

Tucker hadn’t lied. He didn’t chase me. He didn’t call. He didn’t write. And when I returned home from college for winter or summer break that first year, he was nothing but a ghost. Even though I didn’t like to admit it, I spent long, lonely nights staring at his window, wishing, hoping, praying the light would turn on and I could gather up the courage to go over to see him.

So I stopped going home.

Unfortunately, that didn’t halt the pain.

They say hindsight’s a bitch, but that’s an understatement. Hindsight is a never-ending agonizing torture, always burning under the surface, receding until you’re on the brink of healing, then flaring up to envelope you in flames all over again.

It was true. Over the course of the next five years, I went through a cycle. Anger (mostly at myself, a little at him). Melancholy riddled with rife loneliness. Determination, telling myself I’d get my shit together and get over the guy once and for all. But then something would happen to have the house of cards falling down all around me. I’d get a hint of his favorite aftershave, and I’d burst into tears, wishing the scent was due to him holding me in his arms, telling me everything was okay. Or I’d get drunk and go to my Ugly Girl Cry playlist, followed up by listening to Clarence Carter’s Strokin’ while simultaneously laughing my ass off and bawling my eyes out. Sometimes I’d begin with laughing, but within sixty seconds, I was crying, reminded of how ridiculous Tucker looked the first time he sang the song at karaoke—courtesy of my father, of course. Not only did I sound like a drowned cat; I had the appearance of one, too.

And then that was when it was the words. The reminder of how much Tucker was like my dad. How much I wanted to be like my mom. But unlike her, I was a coward.

So that was my cycle. Pain. Regret. Anger. Melancholy. Determination. Heartache.

Wash. Rinse. Repeat. For five long years. All the while wondering what he was doing, but never mustering up the courage to find out.

Yeah, I was a coward, indeed. 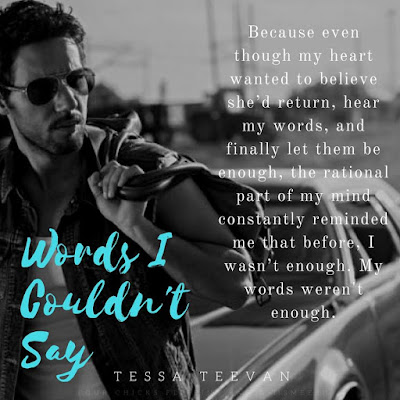 Tessa Teevan is a twenty-something book junkie who is also obsessed with sports. Bengals, Buckeyes, Reds are who she spends her time rooting for. She’s a research analyst by day, reads/writes by night, and is married to a guy 15 inches taller than her, making them quite the pair! They currently reside just outside of Dayton, OH with two adorably grumpy cats.

If she’s not writing or scouring through tons of photos of hot men, all in the name of research, then you can probably find her curled up with her Kindle, ignoring the rest of the world. She loves her sports almost as much as she loves her books. Her other obsessions include red wine, hot men, rock music, and all things Corey Taylor.

She adores hearing from readers, so please feel free to contact via any social media site listed below.