Waking the Bear by Kerry Adrienne

A shifter war is brewing and Griff must decide between the clan he has to protect and the woman destined to be his mate.  WAKING THE BEAR is a tale where passion and danger lurk in the heart of the forest.  This novel is perfect for fans of The Bear King’s Captive by Milly Taiden and Reinike by Becca Fanning. 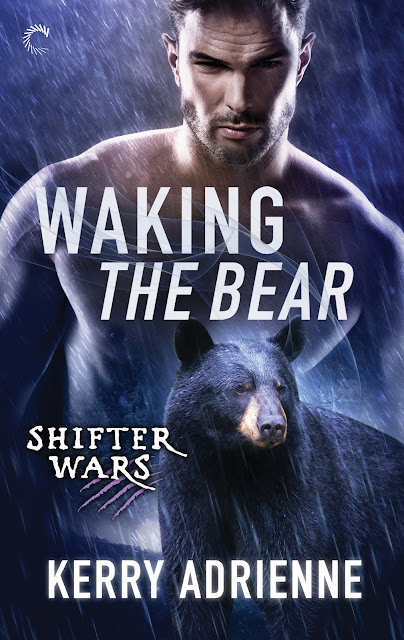 Sexy shifter passion is awakened when two unlikely lovers are challenged by secrets, danger and an unstoppable need to claim one's mate…


For human Amy Francis, the secluded cabin in Deep Creek is the haven she needs to map out a fresh new start. She never expected her heart to be reawakened by a distraction like Griff Martin, commanding yet gentle, too ferociously sensual to ignore. It's clear that patrolling the forest is more than a job to Griff—it's a means of survival. But what Amy doesn't realize is she's reawakened the beast within him.

Griff's dormant hunger is stirred by this intoxicating woman…and threatened by the secret she must never learn. Duty-bound to defend his bear clan against an avenging pride of lion shifters, Griff's entire world is upended when he meets Amy. His animal need to claim his mate has taken hold, but that very desire could seal her fate as an unwitting pawn in battle.

Now, as a shifter war looms, Griff must decide between letting Amy go or following his most carnal instincts. To have her would change his life…but risk everything he knows and was born to protect.
*Previously published, newly revised by author

Praise for Waking the Bear:

“Waking the Bear is a quick shifter read that will have you coming back for more from this author, I know I will.” Night Owl Reads
I’m rating Waking the Bear a 5 out of 5 stars.” Reviews by a Thrifty Mom 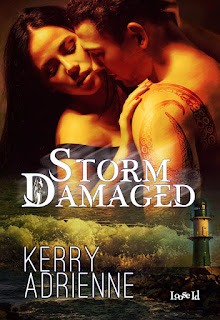 In a world where humans don’t know mermaids exist, Mari leaves her home in the ocean to escape her mother, her betrothed, and her tribe’s expectations in order to make a go of independence on land. Chase, former Navy diver and self-appointed curmudgeon-who-isn’t-worthy-of-love, lost his brother in a freak diving accident and now fears the ocean he once loved.

Mari’s a mermaid with a plan. She has to get the sexy bartender, Chase, to remain on the island so she can get him into her bed. Trouble is, he’s afraid of the water and there’s a hurricane coming. But with Mari's betrothed on the rampage over a centuries-old vendetta, the storm isn't the worst thing they'll have to face.

The Wolf and the Butterfly 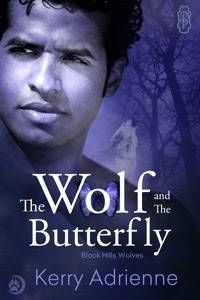 Nika, the pack’s newest scout, wants nothing more than to please his Alpha. When he discovers a beautiful, and very sick, stranger in the woods outside Los Lobos, he finds himself torn between his duty and his hormones. The stranger carries a deadly wolf virus—one that hasn’t been seen in the Black Hills in ages.

Kimi, a Lakota Sioux, is dying. She’s transported herself forward in time, hoping to find the cure to the illness that’s stricken her tribe. Her only chance for survival is to trust Nika, even if she’s not used to having help.

To find the cure and save the pack, Nika and Kimi must travel to a time long ago—before the Lakota populated the Black Hills—a time filled with dangers neither can imagine. Their growing attraction may save them, or kill them both. 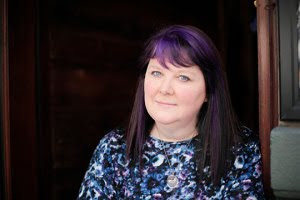 Repped by the fabulous Marisa Corvisiero with the Corvisiero Literary Agency. http://www.corvisieroagency.com/
http://www.corvisieroagency.com/
Kerry loves history and spends large amounts of time wondering about people who lived and walked on Earth in the past. She’s a mom to three daughters, six cats, and various small animals. Her husband says she’s a marketer’s dream, as she often believes everything she hears—at least initially. Her shoe horde will attest to her fine shopping skills.
In addition to writing, Kerry loves to sew (costumes and cosplay, especially), draw, paint, make chainmail, and play guitar.
Her new love is her Mini Cooper Convertible, Sheldon, and they have already gone on many adventures. They travel to as many concerts as they can–especially Green Day and Marilyn Manson.
You can visit her much-neglected costuming blog here: http://cloakandcostume.blogspot.com/ Maybe she’ll have time to update it soon.

Follow the tour August 1st – 5th and enter for a chance to win a picnic basket for two! (US Residents Only)