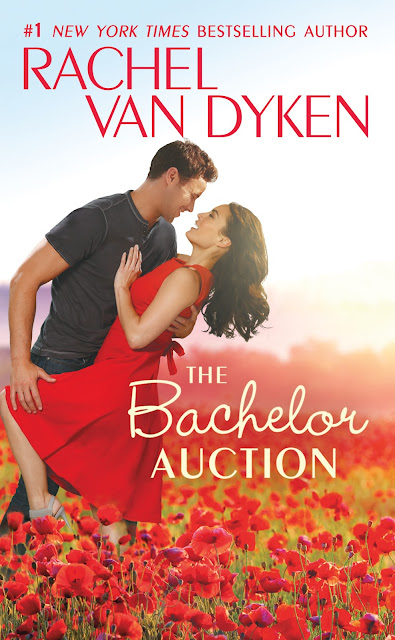 Cinderella never had to deal with this crap.
Jane isn’t entirely sure that Cinderella got such a raw deal. Sure, she had a rough start but didn’t she eventually land a prince and a happily-ever-after? Meanwhile, Jane is busy waiting on her demanding, entitled sisters, running her cleaning business, and . . . yep, not a prince in sight. That is, until a party and a broken shoe incident leave Jane wondering if princes—or at least, a certain deliciously hunky billionaire—maybe do exist.
Except Brock Wellington isn’t anyone’s dream guy. A prince would never agree to be auctioned off in marriage to the highest bidder. Or act like an arrogant jerk—even if that is just a façade. Now, as Brock is waiting for the auction chopping block, he figures it’s karmic retribution that he’s tempted by a sexy, sassy woman he can’t have. But while he and Jane may not get a fairy tale ending, maybe they can indulge in a little bit of fantasy . . .

Thick wavy auburn hair fell in disarray over his forehead. It was lush, shiny, perfect. Were guys born with hair like that? Or was his somehow chemically engineered? His full lips pressed together in a secret smile as the equally handsome man next to him said something, then erupted in laughter.
The first man stiffened, then shook his head. His broad shoulders seemed to grow tight as a drum. A slight tic in his jaw was the only clue that he was irritated or maybe outright angry.
And then his shoulders slumped as he was handed another drink and then another.
Nervous. He must be nervous. But what could a man like that possibly have to be nervous about?
He easily towered over most of the men in attendance. Suddenly his posture changed, then he smiled.
Jane felt her mouth drop open in shock.
Dazzling.
He was…like a duke or a lord or a prince from a storybook. Clearly, she read too many romance novels, but his entire presence demanded attention; screamed authority, importance, and sex. Lots and lots of sex.
Yes, his virility was a tangible thing, as if she could reach out and grasp it with her fingertips.
“What are you doing?” Esmeralda yelled in her right ear, interrupting her blatant sexual fantasy about a complete stranger. Great. That’s what her life had come to. And sadly? It was the most fun she’d had all night.
Jane turned to Esmeralda, prayed for patience, and answered. “Sorry, I was just thinking.”
“You’re so boring.” Esmeralda rolled her eyes. “No wonder you got dumped.”
Another fun fact? Esmeralda was mean when she was drunk.
The reminder of the breakup burned like acid.
It had been a year ago, not that it mattered. It still hurt that the last guy she’d dated had told her that although she was cute, she wasn’t really doing it for him anymore.
Right. Doing it.
Maybe that was because she hadn’t done anything for him or with him, and he found that lacking. But they’d only dated for a few weeks. Did normal girls do that? Put out after a few weeks? Apparently.
She wasn’t normal.
But if that was normal, maybe she was better off being strange.
“Jane, are you even listening to me?” Esmeralda whined. “Essence needs you to dance next to her for a bit. I’m tired and tipsy. I want to sit. Plus your dress blends in enough that it won’t take attention away from her.”
No way. What? What had she just said?
Jane wrapped her arms around her middle. “I’m sorry, what?”
Without warning, Esmeralda grabbed Jane’s hand and jerked her toward the dance floor, causing Jane to lose her footing and crash directly into Esmeralda’s back. Then, like a domino, she slammed back into Essence.
Jane opened her mouth to shout out an apology, but Esmeralda was already too drunk to listen to reason. With determination in her eyes, she reached for the pearls at Jane’s neck but grabbed the fabric of the dress instead.
Her poorly sewn dress ripped instantly, causing the fabric to slink past her strapless bra. A diagonal slit split up her thigh almost all the way to her hip. In an effort to cover herself, she took a step and tripped, thanks to her clunky shoes.
And then she fell to the floor.
Hard.
Her sisters watched in horror—but neither of them offered a hand. They were probably kicking themselves for forcing her to come. Esmeralda leaned over but missed Jane’s shoulder by a mile, grabbing her hair and giving it a tug, which only made Jane wince harder.
Both sisters were completely tanked.
And she was less than two minutes away from being trampled by the other sweaty bodies around her.
She glanced up.
And into the eyes of the man she’d just been lusting after.
Oh God, the humiliation was complete.
That one glance told her he’d seen it all. She swallowed back the thickness building in her throat. Of course the only time he’d notice her would be when she’d ripped her dress and nearly took out a few guests on her way down to the dance floor.
The crowd gathered around her.
And the sexy man disappeared—probably off in search of a girl with perfect hair, perfect teeth, perfect clothes.
She really should have stayed home.
Tears filled her eyes as a heel pressed into her right hand. With a jerk she tugged her hand free, struggling to get up to stand on her wobbly feet, when suddenly she was pulled to a standing position and then swept up in strong arms.
Jane’s eyes were still so blurry from unshed tears she couldn’t make out the man’s face as he carried her out of the crowd.
He smelled like heaven.
She fought the insane urge to press her face against his chest and just…close her eyes.
Because he felt safe.
Pathetic, when a stranger’s arms provided more safety than her own family. And yet he felt…right.
In a world where things for the past ten years had felt so wrong.
He felt right.
Maybe she’d had too much champagne.

Rachel Van Dyken is the New York Times, Wall Street Journal, and USA Today Bestselling author of regency and contemporary romances. When she's not writing you can find her drinking coffee at Starbucks and plotting her next book while watching The Bachelor.
She keeps her home in Idaho with her Husband, adorable son, and two snoring boxers! She loves to hear from readers!
Want to be kept up to date on new releases? Text MAFIA to 66866!
You can connect with her on Facebook www.facebook.com/rachelvandyken  or join her fan group Rachel's New Rockin Readers. Her website is www.rachelvandykenauthor.com.