Long before Dani Reed and Micah Landry, there was the story of Deacon and Camille.

Camille Benoit loved to express herself on canvas and was a dreamer at heart. The small farm she was born and raised on bordered the Landry Plantation, providing her with prime real estate for daydreaming. Even though she spent a lot of time with her head in the clouds, one thing she was always certain about were her feelings for Deacon. He might’ve been two years older and one of her brother’s best friends, but none of that mattered to Cami.

Deacon Landry, older brother to Micah, was the local football star. The town might’ve put him on a pedestal, but he always had his feet firmly planted in the rich Louisiana soil. With all of his skills on and off the field, a good head on his shoulders, and a heart of gold, he was quite the catch, and everyone knew it, especially his long-time best friend, Cami.

"I know we've done things slowly, but I've loved you since I knew what it meant to love someone. "
He is all her heart has ever known. Her past, present and future.  But will the future live up to her dreams?


Join Jiffy Kate in this second book of the Finding Focus series as they take you back to where it all started. 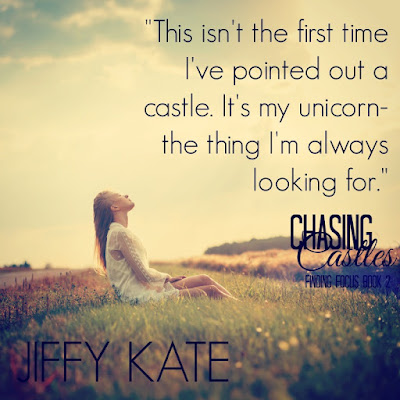 In case you didn’t notice, there are two of us.

We’re both from the south, one just a little further than the other.

Jiff was born and raised in Louisiana. She’s now living in Texas with her two teenagers and a bulldog named Georgia Rose. She loves purple and 80’s movies and geeking out at Comic Cons.

Jenny Kate was born and raised in Oklahoma. She’s the mom of a twelve-year-old and two Cavalier King Charles Spaniels, Wrigley and Oliver. She also loves Kris Bryant, the Chicago Cubs and coffee.

Some people think we’ve been friends forever, but in reality, we’ve only known each other for five years. Four of those years, we’ve spent spinning tales and writing words. Our first published book, Finding Focus, was released in November 2015.

If you like a romance set in the south, then you’ll love our southern fried fiction with heart and soul.