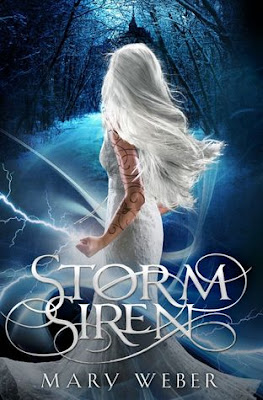 “I raise my chin as the buyers stare. Yes. Look. You don’t want me. Because, eventually, accidentally, I will destroy you.”In a world at war, a slave girl’s lethal curse could become one kingdom’s weapon of salvation. If the curse—and the girl—can be controlled.As a slave in the war-weary kingdom of Faelen, seventeen-year-old Nym isn’t merely devoid of rights, her Elemental kind are only born male and always killed at birth — meaning, she shouldn’t even exist.Standing on the auction block beneath smoke-drenched mountains, Nym faces her fifteenth sell. But when her hood is removed and her storm-summoning killing curse revealed, Nym is snatched up by a court advisor and given a choice: be trained as the weapon Faelen needs to win the war, or be killed.Choosing the former, Nym is unleashed into a world of politics, bizarre parties, and rumors of an evil more sinister than she’s being prepared to fight . . . not to mention the handsome trainer whose dark secrets lie behind a mysterious ability to calm every lightning strike she summons.But what if she doesn’t want to be the weapon they’ve all been waiting for?Set in a beautifully eclectic world of suspicion, super abilities, and monsters, Storm Siren is a story of power. And whoever controls that power will win.

I have been meaning to pick up this book for a while now, and I am glad I did! I had a fun time reading this book. This book was not like anything I have ever read before. The fantasy element was so unique, and I really enjoyed learning about that aspect. There was a lot to learn, but the author gave the information in a way that wasn't hard to wrap my mind around.It took me a little while to get into this book. For some reason the book didn't grab me at first. It took some time, but I eventually got very invested in the book. It was really interesting to watch Nym try to learn how to control her powers. A lot of the book was focused on character development and court politics. The exciting action doesn't really come into play until the end. The action at the end was explosive! I blew through those pages. There were a wide range of characters in this book, and I grew to love each character individually. I really sympathized with Nym. She was a strong female on the outside, but she was hurting on the inside. She carried around so much guilt, and I really felt bad for her. Nym was a very caring girl, and she always had the best intentions. I enjoyed watching her grown throughout this book, and I am excited to watch her grow even more throughout the series. Another character that I really liked was Eogan. Eogan had a lot of dimensions to him, and I think that is why I liked him so much. There were so many layers to him, and I found each layer so interesting. His chemistry with Nym was palpable. I ship them so hard. Their relationship was the push-pull type of relationship that I eat up. I cannot wait to see their relationship develop even more in the next book.This book was a unique fantasy novel that I thoroughly enjoyed. This book had everything I could ever want in a book: great character development, intense action, heart pounding romance, political intrigue, and interesting fantasy elements. I am so excited to pick up book two!