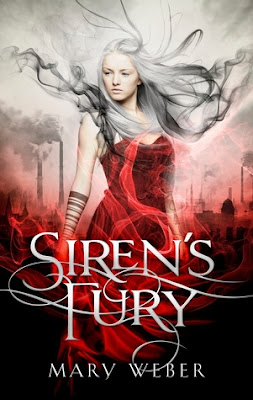 "I thrust my hand toward the sky as my voice begs the Elemental inside me to waken and rise. But it's no use. The curse I've spent my entire life abhorring—the thing I trained so hard to control—no longer exists."

Nym has saved Faelen only to discover that Draewulf stole everything she valued. Now he’s destroyed her Elemental storm-summoning ability as well.

When Nym sneaks off with a host of delegates to Bron, Lord Myles offers her the chance for a new kind of power and the whispered hope that it may do more than simply defeat the monster she loathes. But the secrets the Bron people have kept concealed, along with the horrors Draewulf has developed, may require more than simply harnessing a darker ability.

They may require who she is.

Set against the stark metallic backdrop of the Bron kingdom, Nym is faced with the chance to change the future.

Or was that Draewulf’s plan for her all along?

After finishing the previous book in this series, I knew I needed to start this book ASAP. The previous book left me dying to figure out what was going to happen next. I am happy to report that this book was awesome! I actually enjoyed this book more than the first book in this series.I was a little disappointed that the romance was kind of on the back burner in this book, but the other aspects of the book made up for that. This book was definitely more plot driver, which was really interesting. There were a lot of surprises throughout this book that kept me hooked. Nym had to deal with some intense issues in this book, which almost gave me anxiety. I was so worried about her and the people she loves! I wanted everyone to be okay!Nym's fighter personality really shined in this book. She was determined to get what she wanted, and it was great to see that. It caused my heart to almost beat out of my chest with fear and excitement, but I ate it up. I was worried that she would turn into a really dark character, but I was happy that she stayed true to her compassionate self. She continues to try and do what is the best for the people she cares about.As I said, the romance wasn't as prevalent in this book. However, there still were some romantic moments, and those moments were fantastic. Those scenes were some of my favorite parts of the book. I absolutely adore the couple in this book. I am hoping to see more romantic scenes in the next book!I flew through this book. It was entertaining and addictive. I am so excited to see what the next book has in store for me!