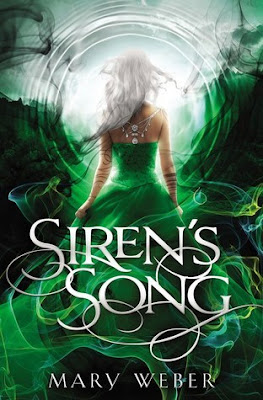 Nym and Draewulf prepare to face off in a battle destined to destroy more lives than it saves.With the loss of Tulla still fresh in mind, Rasha’s fate unknown, and Lord Myles taken over by the dark ability, Nym and the few Bron soldiers rush to warn Cashlin’s queen. Only to discover it may already be too late for the monarch and her eerie kingdom. As the Luminescents are sifting through Nym’s past memories and the queen is reading into her future, Nym is given a choice of how to defeat Draewulf, but the cost may be more than she can bear. And even then there are no guarantees.With that reality burrowing into her bones—along with the guilt of the lives she will sacrifice—Nym returns to her homeland of Faelen to raise an army of peasants through promises of freedom. But when the few friends she has left, along with the world and citizens she loves, are staring down the face of a monster and his undead army, will Nym summon every element her blood is capable of controlling . . . or surrender to a different strength—one of sacrifice?Because in the end, death may be more merciful for them all.

Wow. What a fantastic ending! This book had everything I wanted. There was swoon worthy romance, action, character development, and world development. The plot of this book kept me on my toes the entire time. This book was fast paced and addictive.Some fantasy aspect were explored more in this book, and I thought that was so interesting. The fantasy aspect of this book was so addicting. I could read about it for ages!It is safe to say that Mary really nailed it with this book! What I adored about this book was the fact that Nym and Eogan got to spent most of the book together. My shipper heart was so happy. What I really liked about their romance is that it wasn't perfect. They bickered and argued, but you can tell that they truly care for each other. Every argument was passionate, and I knew they never wanted to actually hurt each other. The tender moments they had together were so romantic that they melted my heart. They also shared some passionate kisses that I enjoyed a lot.

Mary definitely knows how to write a swoon worthy romance. *sigh*I loved the character development Nym had. She always stayed true to herself, but she became a better version of herself. I always respected her courage, loyalty, and kindness. It was nice to see she still embraced those qualities in this book. She was dedicated to the people she loved, and would do anything to protect them. Nym was fierce!In the first book, Nym was afraid of her powers and she had almost no confidence in herself. She eventually turned into a fierce woman who knew that she was freaking awesome. She learned to embrace her powers instead of being afraid of them. It was so wonderful to see her character come such a long way through these books. The plot of this series finally came to a head in this book, and it was explosive! The Draewulf was fierce and cruel. He wasn't going to let anyone get in his way of his goal to conquer the kingdoms, and that really worried me. All of this tension kept building until one huge scene at the end of the book. It was freaking fantastic. I refused to put down my book during that part of the book. I NEEDED to know what was going to happen. Mary has an amazing talent with writing action scenes.This book left me completely satisfied. I got an ending I was happy with, and I couldn't be more grateful. I could continue to read books about this world and these characters, but I am happy with how it left off. I would recommend this series to all fantasy lovers!Mary Weber is an author that everyone should keep on their radar. I have a feeling she is going to be coming out with some more fantastic books.

4 / 5 Fangs*This ebook was given to me in exchange for a honest review. *
Posted by MissDaemon at 8:30 AM