The Satan Contract by Chris Broyhill 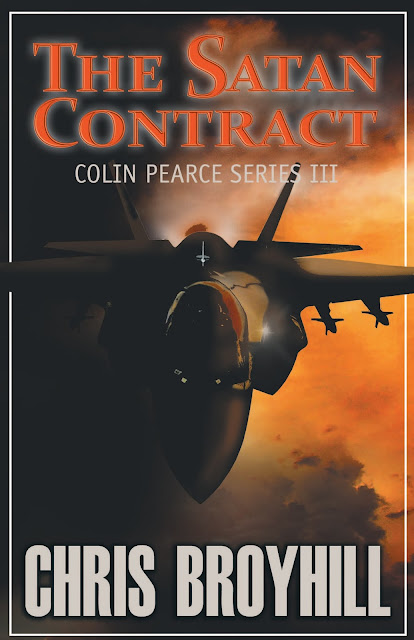 Colin Pearce is back in action again! Recalled to active duty in the USAF, he’s been recruited to solve a murder and stop a plot to steal the USAF’s newest fighter while he tries to stay alive with a $10 million price tag on his head.
Mere months after the high-speed ejection that nearly killed him, Pearce receives a phone call from a USAF Academy classmate, Bob Barnett. Bob’s stepson, a naval exchange pilot named Thomas, was killed in a mid-air collision between two F-16s at Luke Air Force Base, Arizona.
...But there’s more.
On the morning of the day he died, Thomas reported a conversation he had overheard to the commander of the local detachment of the Air Force Office of Special Investigations, the OSI—a conversation where two of the most senior officers on the base plotted to sell an F-35 Lightning to Miguel Hidalgo, the most powerful drug lord in Mexico.
...Thomas told and Thomas died.
And now the OSI and the entire chain of command at Luke Air Force Base is under suspicion, most of all the wing commander, Brigadier General Mark Tappan, a man who treated his subordinates with such malice they nicknamed him Satan. A man who also happens to be Pearce’s former boss.
Pearce is quickly re-commissioned in the USAF as a full colonel and sent to Luke Air Force Base to investigate alongside of his CIA handlers, John Amrine and Dave Smith. The CIA knows Miguel is plotting to overthrow the government of Mexico with the help of the Chinese. But the Chinese don’t want payment in money, instead they want payment in a currency they are greedy for—US technology—technology in the form of the F-35 Lightning.
This begins a story of rollercoaster thrills and high-flying action that starts with a conversation in Annapolis, Maryland, leads to a battle to the death in the skies over southern Arizona, and ends in a nighttime commando raid in Baja, California.
Along with way, Pearce enlists the help of the luscious Lena Otenski, a female OSI agent, the sassy Christine Billings, a fellow F-16 pilot, and the mysterious Brock Black, who may have as many secrets in his past as Pearce himself. Pearce also encounters his most formidable villain yet, Ramon “The Rock” Pétreo, six-feet eight inches and 300 pounds of malevolent muscle.
To survive and triumph, Pearce will need more than his trademark luck, sardonic wit, and spectacular flying skills. He’ll need to be supremely proficient and utterly ruthless. And he’ll need to allow the rage that lurks inside him to have free reign. And hope he can regain control.
...If he lives. 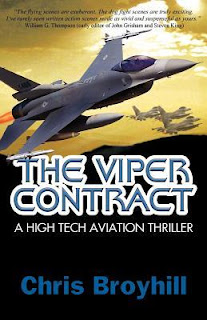 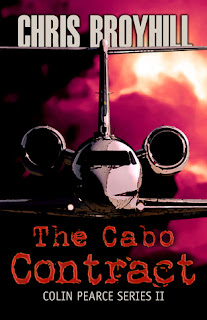 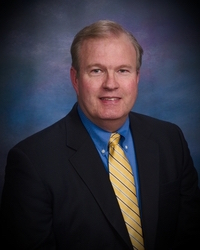 Chris Broyhill has loved writing and aviation for as long as he can remember. He took a creative writing class in high school but it was his passion for flying that lead him to the United States Air Force.


Chris graduated from United States Air Force Academy with Bachelor’s degree in Computer Science and focused on a career in the cockpit. He served in the USAF for over twenty years, was promoted early to the rank of Major and reached the rank of Lieutenant Colonel before retiring.

Chris served in several leadership positions at the squadron and wing level in the USAF, and his last assignment was the one he liked the best, teaching new fighter pilots how to fly the F-16 at Luke Air Force Base in Arizona. While in the USAF, Chris completed a Master’s Degree in National Security Studies and attended numerous professional military education courses, most notably the Army Command and General Staff College at Fort Leavenworth, Kansas.

While in his late twenties Chris was still compelled to write. He started writing a 4 volume fantasy series. He outlined the entire series, wrote 2 1/2 of the 4 volumes and secured an agent. The agent, unfortunately, could not sell the book. Chris has nursed several ideas since then, but it wasn’t until he started writing about Colin Pearce that his passion for writing and flying came together.

Upon retiring from the USAF, Chris chose a career in Business Aviation and has acquired type ratings in the Hawker 400/700/800A/800XP, Gulfstream G-IV/SP, Dassault Falcon 900EX and Falcon 2000 EASy.

Chris has flown in North America, the Caribbean, Western and Eastern Europe, the Middle East, parts of Africa and the Far East. He holds a Certified Aviation Manager credential from the National Business Aviation Association, has served in many aviation leadership positions in the US and overseas, has built two aviation operations from the ground-up and has performed consultant services for clients.

Chris started writing the Colin Pearce series in early 2006. He was commuting to Saudi Arabia from the US and working a 35 days on/30 days off schedule. He kept having to fill in for leadership roles and ended staying for weeks at a time. To pass the time, he decided to write. It was during those off hours that Chris was able to bring the idea of the “contract business jet pilot who gets into trouble” into existence. Once he combined the contract business jet pilot with former fighter pilot, a mercenary fighter squadron, and the CIA, the story took on a life of its own. He wrote for 8 months until the Saudi job ended and then put the book on hold while in transition and busy with other projects. He eventually finished The Viper Contract, the first book in the series, in 2009.

In addition to writing about Colin Pearce, Chris is currently serving as the Chief Pilot for a Fortune 100 flight department and is pursuing a PhD in Aviation from Embry-Riddle Aeronautical University.

Chris is happily married to his wife Denise and they have four children, four dogs, two cats and a rabbit. The Viper Contract is his first novel and he has plans for several more in the Colin Pearce series.