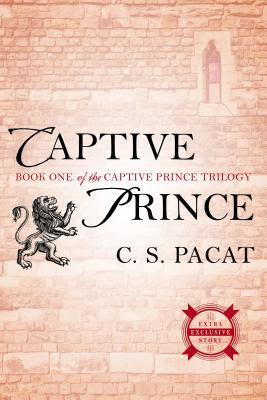 From global phenomenon C. S. Pacat comes the first in her critically acclaimed trilogy—with a bonus story. Damen is a warrior hero to his people, and the rightful heir to the throne of Akielos. But when his half brother seizes power, Damen is captured, stripped of his identity, and sent to serve the prince of an enemy nation as a pleasure slave.Beautiful, manipulative, and deadly, his new master, Prince Laurent, epitomizes the worst of the court at Vere. But in the lethal political web of the Veretian court, nothing is as it seems, and when Damen finds himself caught up in a play for the throne, he must work together with Laurent to survive and save his country.For Damen, there is just one rule: never, ever reveal his true identity. Because the one man Damen needs is the one man who has more reason to hate him than anyone else…

I am warning you, this book is a mature book. This book has some very mature and intense content. There are some scenes that might make people shy away from this book (rape, flogging, violence, slavery, etc.) (trigger warning). Even though I felt uncomfortable at those scenes, I pushed through them. I am so glad that I did that, because ended up enjoying this book. I do get some of the negativity this book receives. This book is not for everyone, and I respect what everyone has different opinions. So, if those dark subjects are something that you are not comfortable with reading, then I would not recommend this book to you. I was surprised that this book was mainly character focused. Instead of getting a lot of world building, we got a lot of character development. That is usually a tricky thing for authors to pull off, because it can make the book feel boring. Pacat managed to make this book interesting without having nonstop action. I was so invested in the characters, their relationships, and the politics of the royal courts that I didn't even notice the lack of action. Damen was a great main character. I was never annoyed with him. I always followed his train of thought and supported his decisions. He is a great guy and I truly feel like he has a heart of gold. He was always trying to do what he felt was right. I really admired his character, and I cannot wait to see him grow even more in the second book.At first, I hated Laurent. I thought he was a selfish prick. I was annoyed with everything he did and said. I was constantly rooting for Damen to punch him. Laurent really got on my nerves, but then, my feelings started to change as the book went on. I started to actually like Laurent?

Laurent developed into this character that I actually became fascinated by. He seemed cruel and cold at first, but he grew into a character who was much more than that. Pacat gradually made me like his character. He became a very diverse and well-rounded character. I was not expecting that to happen! I am so excited to see him grow even more in the next book.Now, it's time to talk about the romance. Honestly, there wasn't much romance in this book. There was sexual tension and chemistry that killed me, but not a lot of romance. This is definitely an enemies turned lovers story arc, and I love those kinds of romances. The tension between Laurent and Damen was definitely heating up, and I am curious to see how that will play out in the next book. This is going to be a slow burn, and I am ready for it.

This was a dark, gritty, and addictive novel. This was one of those books that I didn't realize I was so invested in until I finished the book in one sitting and basically screamed when I realized I that there were no more pages. I am definitely going to be reading the sequel.4 / 5 Fangs*This book was given to me in exchange for a honest review. *
Posted by MissDaemon at 8:30 AM