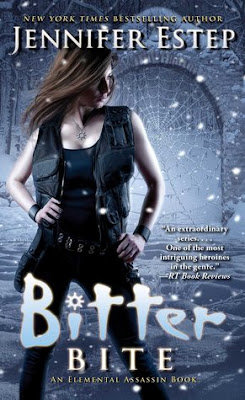 Which is stronger: blood ties or a battle-tested friendship?

It’s not easy being queen bee of an underworld abuzz with crooks and killers. Wielding my potent Ice and Stone elemental magic will only get me so far—my real secret is my tight-knit makeshift family, a motley crew of cops and criminals, dwarves and playboys. My foster brother Finnegan Lane is my right-hand man, but when his suddenly not-dead relative comes back into the picture, I’m the one on the outside looking in.

It’s funny how life works: one minute your best friend is rock-steady, and the next he’s doe-eyed and buying into this whole loving-relative routine to the point of ignoring you. I’d like to be happy for Finn, I really would. But all of my instincts are telling me that beneath the syrupy sweet demeanor and old-fashioned charm, this sudden interloper is planning something. The whole shtick leaves a bitter taste in my mouth. This person might have avoided the grave once, but I’ll put anyone who hurts Finn in the ground—for good.

I can't believe we are on book 14! I can honestly say that this series has a strong arc. I have come to know the main characters thoroughly. Gin is a badass. There is no other way to describe her. She is surrounded by people whom she now considers as family. Gin has matured as a character as well. She's starting to count on her friends to help her when she's walking into danger ...one more time.

Bitter Bite has Gin Bianco back in action. This time, she has to protect the man she considers her brother, Finnegan Lane. Someone from his past has come back to Ashland and Gin is certain it's to harm him. It's up to Gin, and her friends to protect him.

I've to say I was furious with Finn for letting himself be used. I know he was desperate to believe in the woman's affection but he had to give Gin some credit. I loved it when Owen pointed out the obvious and I was happy Finn called him upon his past mistakes (I'm not sure I have forgiven Owen completely yet). I mean common Fin is the smart one, the businessman, even calculating when he needs to be. Yet. he was played masterfully.

To say that I hated Deidra is not a lie. She was by all means a great enemy. She was powerful and she was able to hurt Gin, the best way she could.

I was happy with the ending leading to an open can of worms with new enemy/enemies to come. This will make it impossible for the series to end too soon.

One thing I would like to see is for Gin and Owen's relationship or for that matter, Bria and Fin's moving forward.

I missed Phillip in this one. The sneak peak into the next book has him back. Yay!