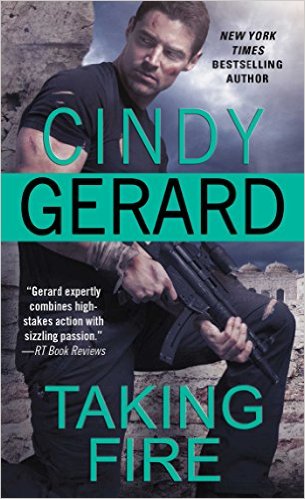 The most explosively sexy One-Eyed Jacks adventure yet from the RITA Award-winning, New York Times bestselling romance author whose name is “synonymous with high stakes and high action” (RT Book Reviews)!
Betrayal. Retribution. Redemption?
Six years ago, tough-as-nails military contractor Bobby Taggart met the woman of his dreams in war-torn Kabul—a sexy, whip-smart war correspondent who approached him at a local bar, took him to bed, made him fall in love…and then mysteriously disappeared. In her wake, the terrorist leader he’d been mining for valuable intel was assassinated—then Bobby discovered his phone had been bugged. And he’s pretty damn sure he’s been played for a fool.
Now, a covert security mission for the U.S. Embassy in Oman unexpectedly reunites him with Talia Levine, the woman who betrayed him and broke his heart. And there’s one more secret she hasn’t told him—one that will change his world. But as the heat of anger mixes with a still-simmering passion, dangerous forces close in, their sights set on Talia. Trust is the only way they will survive—but with their lives in the balance, can Bobby risk trusting her again?

TAKING FIRE was a solid read.

Bobby, a military contractor, and Talia meet six years ago in Kabul. They have an instant and magnetic connection.  When Bobby’s job goes south he realizes that this attractive woman may have more to do with it than he wants to believe. But he doesn’t get to confront her, because when he goes back to her hotel… she’s gone.

Now, Bobby is on a covert security mission for the U.S. Embassy in Oman when he runs into the woman who betrayed him years ago. Before they have a chance to talk, the embassy is bombed, leaving Bobby and Talia rushing to look for the people who did it, and for someone very important to them both.

Like I mentioned, TAKING FIRE was a fantastic story. It was full of action and emotion. Once I started it I couldn’t put it down.

Talia is such a kicka** woman and she was so interesting to read about. She was tough but not over the top. And when she and special ops, alpha Bobby got together it meant for a very awesome story.

If you’re looking for a quick paced, action packed story for of emotion and twists you have to read TAKING FIRE

4/5 FANGS
*Complimentary copy provided by publisher in exchange for an honest review!