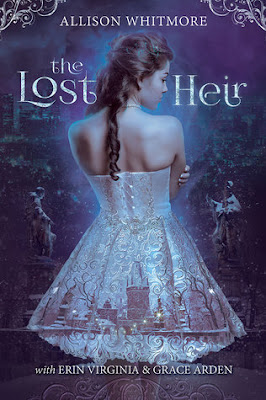 Isabella Foxworthy was just another girl…until she learned she was an empath, able to read the energy of others. A secret world known as the Violet City lies beneath her family’s hotel in Los Angeles. Through this discovery, Isabella is catapulted into a whirlwind of magic, adventure, and danger. The Violet City holds the key to protecting her stability; her family hotel, her friends, and her very sanity. With morphlings, empaths, and fair folk also comes a powerful entity that twists her mind into knots, threatening everything she loves. Now, Isabella and her new friends—a guitar-playing jock, his gifted but neurotic brother, and a set of over-indulged twins—have until her 16th birthday to save her world with the help of someone who's been lost for a very long time...the lost Foxworthy heir. But will they find him in time? And will he be a friend or foe?

I really wanted to like this book. I loved the cover of this book, and I thought the plot sounded so interesting! However, this book fell flat for me. I do not think the authors are horrible authors by any means, and I don't want this negative review to seem that way. I just don't think this book meshed well with me. What I did like about this book was the premise. I thought the plot was so interesting and unique. I haven't read anything like it before. I applaud the authors for having such great creativity. Now, one thing I really didn't like was the writing style. The beginning of the book felt really slow, and it seemed to drag. I also had a really hard time trying to figure out what was going on. I also didn't like the way the scenes transitioned. I would be reading and then all of a sudden I was reading a different scene. I would have to go back and re-read lines because I thought I missed something. The lack of transitions made this book really frustrating and kind of annoying.

This book ended on a big cliffhanger, which I was not expecting. I didn't even realize that this was suppose to be a series! I might pick up the next book because of that cliffhanger, but it is definitely not something I am dying to get my hands on.2 / 5 Fangs*This ebook was given to me in exchange for a honest review. *
Posted by MissDaemon at 4:33 PM