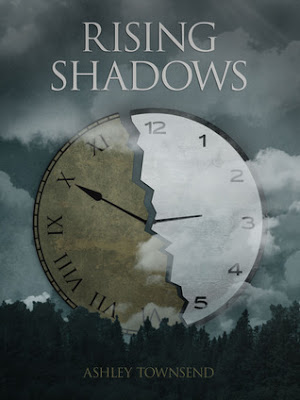 Sarah Matthews is nearing the end of another eventless summer in the small town of Bethany, Oklahoma, bringing her closer to the start of her freshman year of college. Disheartened over the reality that yet another unexciting season is coming to an end, Sarah wishes for an unforgettable adventure. When mysterious circumstances transport Sarah and her younger sister back in time, she gets more of an adventure than she could have ever imagined. The two sisters find themselves trapped in the twelfth century in a place shrouded with mystery and deception.

Assassination plots, kidnappings, and tumultuous adventures force Sarah to rely on the Shadow, a masked hero who comes to her aid numerous times. In order to uncover a conspiracy and save those closest to her, Sarah requests help from the Shadow and also from Will, the handsome and equally intriguing blacksmith she befriends. Sarah is strangely drawn to the excitement that seems to follow the town hero and begins to look forward to their secret encounters. She also finds herself caught in a romance with Will, despite the fact that their equally fiery personalities have a tendency to clash as they attempt to work together. But Will’s past is filled with secrets and pains, and Sarah finds it difficult to break through the walls he has built around him.

Can the faith and love of God that Sarah exhibits in her own life cause his hardened facade to fall away as he discovers that forgiveness and mercy are never too far from reach?

I went into this book not really knowing much about it, and I am glad I took the chance to read this book. There were some things that I didn't like about this book, but I liked it as a whole. One of the things I enjoyed the most about this book was the time travel. I thought it was so interesting to see the characters travel back in time! The world that Ashely created was so much fun to read about. I am so excited to pick up book two so I can go back to the twelfth century! I also thought the plot was really intriguing. The book was a little slow at times, and some things that happened seemed a little too convenient, but I still enjoyed it. Another thing I liked a lot about this book was Will. Will was charming, protective, kind, and mysterious. He was such an interesting character to learn about. I was always excited whenever he was in a scene. The main character, Sarah, was okay. I didn't necessary dislike her, but I didn't love her. I thought she was a little bland at times and a bit oblivious. I am hoping she will have some more character development in the next book.The romance in this book was really cute. I thought Ashley did a great job at pacing the romance and making it seem believable. The one thing that bugged me about the romance department of this book was that it seemed like every young male that crossed paths with Sarah was entranced by her. I am exaggerating a little, but it honestly felt that way to me. I thought that was a little ridiculous and I am sure it will lead to a love triangle in the future. I will say that I am not extremely religious, and the religion aspects were a little heavy at times. I completely respect the religion of the author and the main character. I have read plenty of books were the main character was religious and I have enjoyed those books! That is why I still picked up this book even though it had a religion weaved through the book. I just thought this book was a little too focused on religion at times instead of the plot. I wanted to see more plot development or maybe more development of the romance. However, that is just me!Religion can be a touchy subject, and I am not trying to attack anyone's religion in any way <3Overall, I thought this was a great book, especially since this was Ashely's debut novel! I am very excited to see how the story continues to develop.