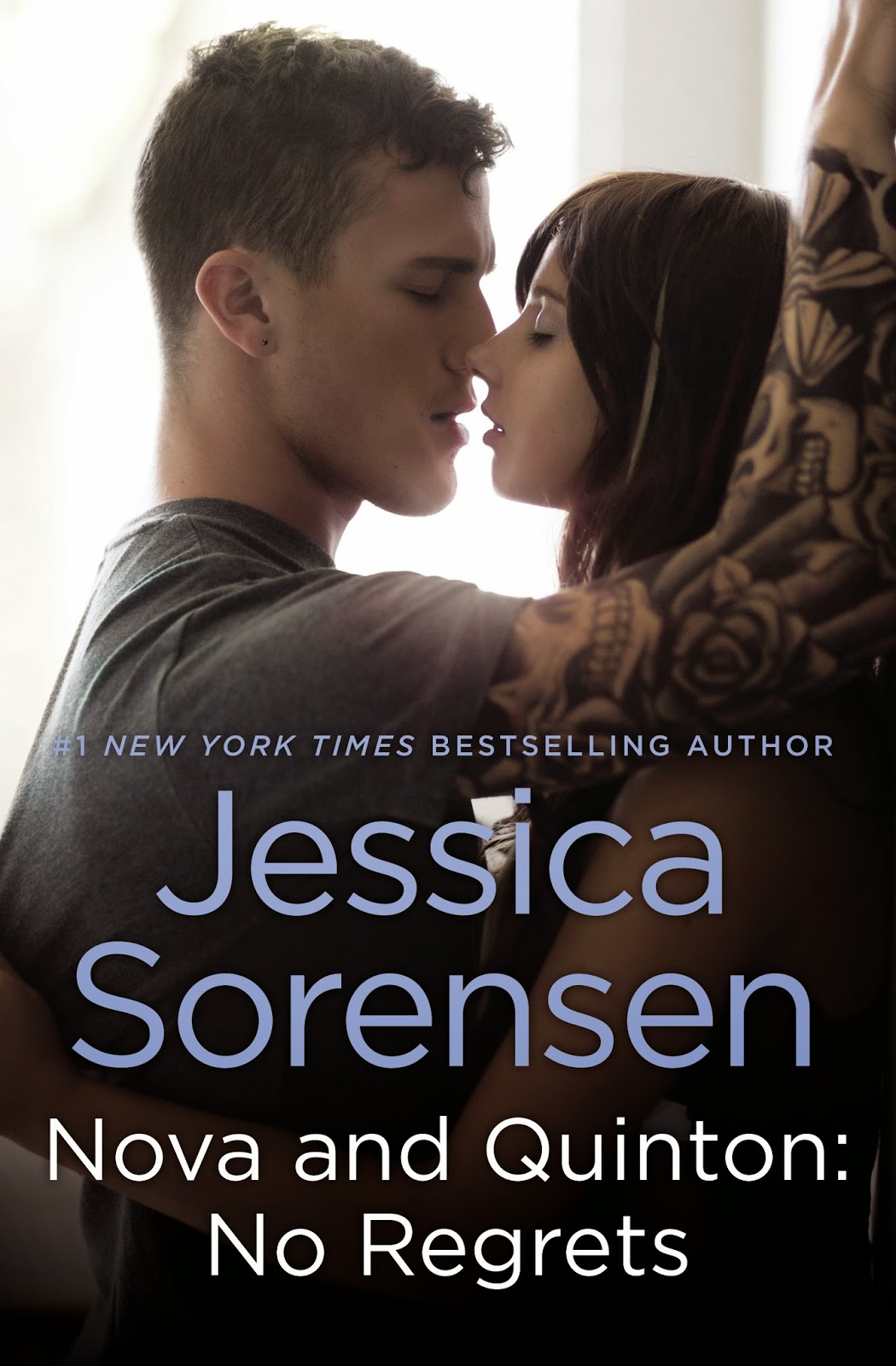 The toxic guilt of his past left Quinton Carter in pieces-until one girl unexpectedly put him back together. Thanks to Nova Reed, Quinton sees the world with clear eyes. And though he'd eventually love to hold her in his arms every day... he's not ready yet.
Playing drums in a band and living with her best friends are just some of the highlights of Nova's life. But the best new development? Talking to Quinton on the phone each night. She wishes she could be with him, but she knows he needs time to heal. Yet, shocking news is on the way, and Nova will need Quinton like he once needed her. Is he strong enough to leap out of his broken past...and into Nova's heart? 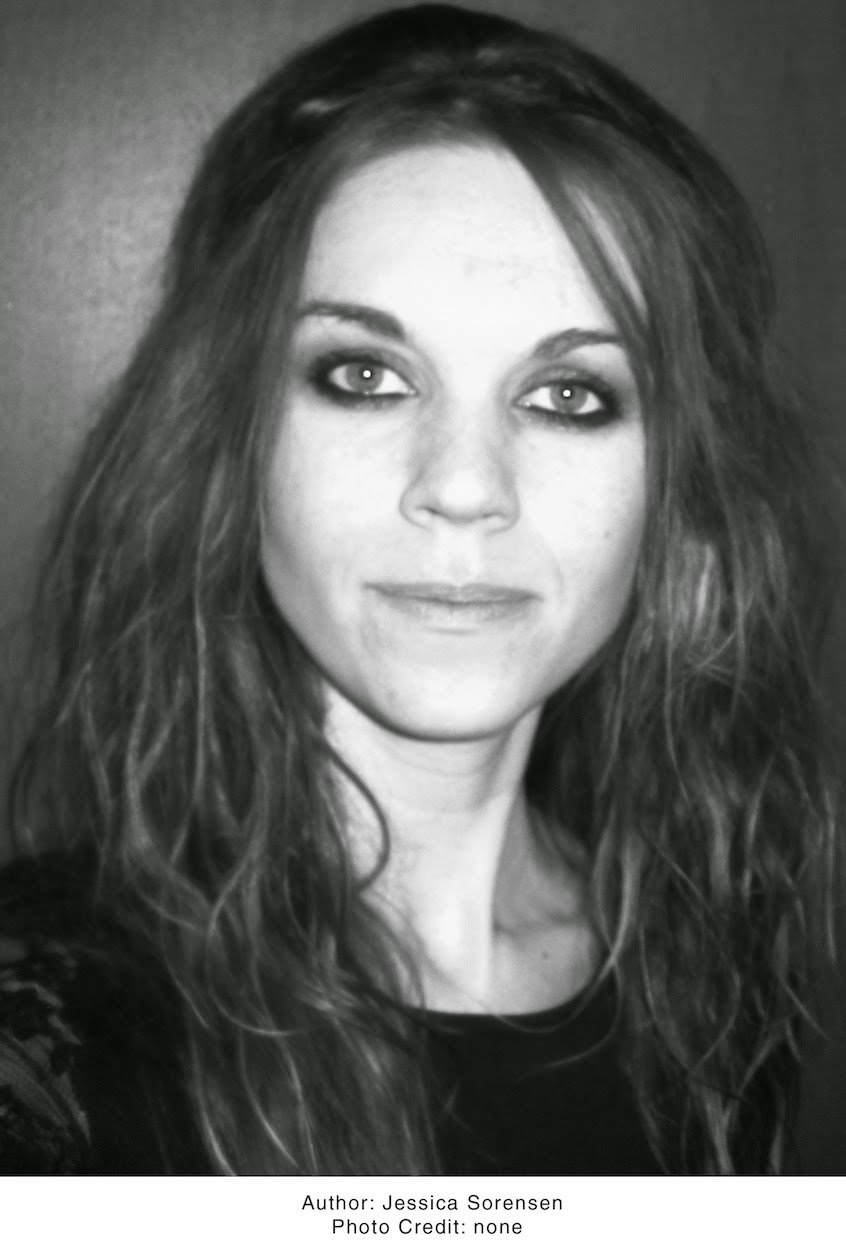 Jessica Sorensen is a #1 New York Times and USA Today bestselling author who lives with her husband and three kids in Idaho. When she's not writing, she spends her time reading and hanging out with her family.

December 28, the day of the funeral

It’s a strange feeling, getting ready to watch someone get put under the ground into their final resting place. I’ve been to enough funerals to know that my senses always become hyper-aware of everything going on around me: the touch of the wind seems stronger, the sun a little more blinding, the smell of the leaves, grass, and fresh dirt overpowering. It’s like my mind is reaching out and trying to grasp each aspect of the moment, when part of me wants nothing more than to forget.
I’m actually at the church earlier than I’m supposed to be and I don’t even know why, other than that sitting home for a second longer just didn’t seem possible. So I left the house without telling anyone and got in my cherry-red Chevy Nova, the car my dad left to me when he died, and drove it to the church where my dad’s and Landon’s funeral took place. And in just a bit, I’ll say good-bye to another person I once knew and will never see again.
Now that I’m here, staring at the brick building with a white tower pointing to the sky, I’m not sure what I should do. I’m three hours early to a funeral, which might say a lot about me. A lot of people would likely show up late, wanting to avoid death for as long as possible, but I’ve become so familiar with it it’s unsettling.
After sitting in the car for about ten minutes, watching snowflakes fall from the sky and frost the grass and the windshield, I decide to take video instead. I didn’t bring the fancy camera my mom gave me, but the one on my phone works and honestly I use that one a lot more because it’s handy for sporadic recording, which seems to be my specialty.
I blow out a deep breath as I sit back in the seat, aim the camera at myself, and hit record. I have the screen flipped to me and my image immediately pops up. I look tired. The bags under my eyes are pretty obvious, even though I’ve tried to cover them up with makeup, and my brown hair wasn’t being cooperative so I ended up pulling it up into a ponytail. I’m wearing a black dress and earrings and the contrast with my fair skin makes me look pallid.
“It’s amazing how everything can seem so perfect one moment and then suddenly it’s not. How quickly perfection can evaporate… how rare it is.” I pause, gathering my thoughts. “I’ve seen a lot of death. More than the normal person, probably. I watched my father’s life vanish in front of me within minutes. Found my boyfriend’s body right after he took his own life. Too early. Too suddenly. Both of them. I never had time to prepare myself and I thought it was the worst feeling in the world. I always wondered how different it would be, if it ever happened again. If maybe the third or fourth time around, I wouldn’t hurt so badly. If it’d be easier letting someone go now that I’ve had so much practice.” I tuck a fallen strand of my bangs behind my ear and swallow the lump in my throat. “And maybe it has gotten easier… but it still hurts. I still shed tears… it’s still agonizing… painful…” I trail off as a few tears slip from my eyes and roll down my cheeks. “Even now, just thinking about some of the stuff I saw… I should have stopped it… should have done things differently…” I trail off, staring at the window. “But I didn’t… and now they’re gone forever.”
Posted by MrsAlcide at 9:00 AM