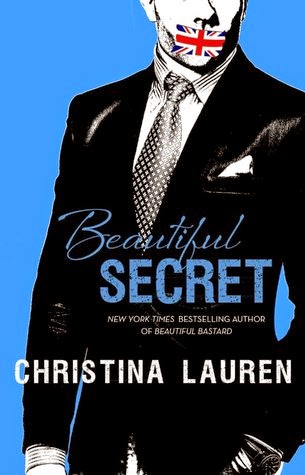 When Ruby Miller’s boss announces he’s sending her on an extended business trip to New York City, she’s shocked. As one of the best and brightest young engineers in London, she knows she’s professionally up to the task. The part that’s throwing her is where she’ll be spending a month up close and personal working alongside—and staying in a hotel with—Niall Stella, her firm’s top urban planning executive and The Hottest Man Alive. Despite her ongoing crush, Ruby is certain Niall barely knows she’s alive…until their flirty overnight flight makes him sit up and take notice.

Not one for letting loose and breaking rules, recently divorced Niall would describe himself as hopeless when it comes to women. But even he knows outgoing California-girl Ruby is a breath of fresh air. Once she makes it her mission to help the sexy Brit loosen his tie, there’s no turning back. Thousands of miles from London, it’s easy for the lovers to play pretend. But when the trip is over, will the relationship they’ve built up fall down?

Ruby Miller is tongue-tied every time she is in close proximity to Niall Stella. She can't believe it when she is chosen to take the trip to New York with him. She has had a crush on him since she met him and now she doesn't know what to do. She's sure he doesn't even know who she is. Overwhelmed is the best way to describe how she feels.

Niall Stella is still getting over his divorce. He is quiet and reserved. When he notices Ruby for the first time he's not sure what to think. During the trip he realizes that she is smart and sassy. Also, very sexy. Soon, he discovers she's attracted to him and he reciprocates her feelings. But, moving on with his life might be harder than he thought.

I love this series. I like all the characters. Niall is the complete opposite of Max. I feel like he is an introvert and he has to process everything in his head, the pros and cons, before he could move onto the action. I don't blame him for making sure to go slowly. He did upset me with one of his decisions but I was able to forgive him.

I really liked Ruby. Once she got over her initial reactions to Niall, she was funny and open with her feelings. No need for games. She was a straight shooter.

The main reason why I don't give it a 5 Fangs is because of how much internal dialogue this book has. Despite this, I still strongly recommend it.

It’s no secret, I love every single book in the Beautiful Bastard series. With the perfect mix of sexual tension, playful banter and heart-pounding chemistry, I just can’t get enough from this brilliant writing duo.

I have to admit, Niall and Ruby’s story was a little bit of a different journey for me than the previous books. I didn’t fall for Niall immediately like I did with Bennett, Max and Will.  I fell for him the way he fell for Ruby, slow and steady, at his own pace.

When he first notices, Ruby after months of working in the same office with her, it’s sort of funny.  It’s like he’s finally opened his eyes. He’s clueless about the effect he has on women and it’s endearing.  He’s so wrapped up in his own head that he doesn’t notice.  Having just divorced the only woman he’s ever been with, the thought of being with someone else is daunting.

Ruby’s had her eyes on Niall from afar since starting her internship, but she’s never gotten the nerve to talk to him. She’s only had the fantasies conjured up in her own head. Ruby is awkward and hilarious, often blurting out things that she shouldn’t.  A few times she comes across like such a stalker! But, Niall takes it all in stride. The lucky girl ends up getting to spend a whole month with him in New York. In a hotel room, right next door.

Their interaction in the beginning was cringeworthy and uncomfortable. He was stiff and stuttered his way through most of their conversations, while she had some seriously awkward moments.  It was so worth it though. Once she got him to loosen up and relax, I fell, hard. The tension between them was off-the-charts and the dirty talk was exceptional.  One of my favorite parts was the voicemail.  Just….wow! Under all that stiff, robot like exterior, was a genuinely nice guy.

“When you want someone as much as I want you, giving pleasure is almost better than getting it.”

I can’t say enough, how much I love this series. They’ve each been fun, all-consuming reads that made doing anything else, besides flying through the pages, impossible. Niall and Ruby's story was different from the others in the series, but it still evoked the same intense feelings.  I adore each of the couples and I  hope there’s more to come.

Ruby has had a secret “crush” on Niall since she began interning at the engineering company where he works.

Niall is recently divorced from his childhood sweetheart and is not looking for any sort of fling or relationship.

When Ruby and Niall are sent to New York for a month long engineering convention, they begin talking and truly getting to know one other.  What starts as a slow burn ends in a hot explosion neither of them expected.  Will their newfound “relationship” last when they get back to London?

I LOVED THIS BOOK SO MUCH.  I am completely obsessed with Niall.  If you thought Max was hot and perfect, wait until you meet the baby brother.  Niall is everything.  He’s caring, considerate, proper…a total gentleman.  He has blown all of the guys out of the water and has easily become my new favorite.

Ruby on the other hand, is the total opposite of Niall.  She’s carefree, spontaneous and hilarious.  I was laughing out loud for the first hundred pages non-stop.  Then throughout the rest of the book I had to stop several times and reread some of the funny stuff that came out of her mouth.  She had absolutely no filter and was so awkward.  I absolutely LOVED it.

Christina Lauren knows how to write a story that captivates you from the beginning.  One minute I was hysterically laughing the next I was crying like a baby.  There was never a dull moment and I never wanted BEAUTFIUL SECRET to end.

If you’re looking for a slow building romance with hot scenes, hot accents, and humor thrown in… pick up BEAUTIFUL SECRET.  It will blow you away.

Christina Lauren is the combined pen name of long-time writing partners/besties/soulmates/brain-twins Christina Hobbs and Lauren Billings. The coauthor duo writes both Young Adult and Adult Fiction, and together has produced nine New York Times bestselling novels. Their books have been translated into 23+ languages. (Some of these books have kissing. Some of these books have A LOT of kissing.)