Sometimes old flames are the hottest of all . . .
In the quaint little town of Cailkirn, Alaska, it's impossible to keep a secret, especially one as juicy as the unexpected return of Kitty Grant. Tack MacKinnon remembers her wild red curls and even wilder spirit-and still feels the sting from when she shattered his heart in college. But there's a pain in Kitty's gorgeous eyes that guts him to the core and Tack is determined to do whatever it takes to see the woman he still loves smile again-even if it means taking on her demons as his own. After fleeing an abusive ex-husband, Kitty decides that the best way to heal her broken heart is to come back home. But she gets a whole new shock when she sees how undeniably sexy Tack has become. More handsome, more muscular, more charming-more everything-he's impossible to resist. Before she knows it, they're reigniting sparks that could set the whole state of Alaska on fire. Yet trust doesn't come easy to Kitty anymore, and as things heat up between her and Tack, she can't help but wonder if one of them is going to get burned . . .

Kitty Grant is moving back home to Alaska. She's leaving LA permanently. She lost herself and now she is on the road to recovery. Eight years ago she made the mistake of marrying the wrong guy. He was abusive and cruel. He made her cut ties with her best friend Tack Mackinnon. When she sees Tack again he has become a man, strong and attractive and for the first time in a long time she finds herself wanting more.

Tack Mackinnon has always loved Kitty. She was his best friend until she dropped out of college to marry a scumbag. Now, years later she's back in town. At first, he wasn't sure he can forgive her but one look at her and after learning a few things that happened while she was away, he made it his business to protect her.  However, falling in love with her is not in his plans. She broke him once and he doesn't want to give her the power to do it again.

This was a sweet love story. Kitty's ex-husband did a number on her. In my mind it takes great courage to break away from an abusive relationship. Kitty did just that and sought help for herself. I don't blame her for detaching herself from her family. She was living in hell and she didn't want to bring them down with her. Watching her progress felt almost like the one of an alcoholic, just one day at a time.

I love Tack. He was protective, strong, funny at times and very sexy. He realized Kitty, his Wildcat, needed help and he was there for her every step of the way. I understood why he was reluctant to show his love for her. She hurt him deeply and he felt abandoned by her and was not looking for a repeat.

Great beginning to a new series, count me in for the next one.

What a fantastic story.  WILD HEAT is about a woman, Kitty Grant, moving back to her hometown after she divorces her abusive husband.   After leaving Cailkirn, Alaska with no looking back over a decade ago, she struggles with getting in the routine of living her own life and facing the people she left behind… especially her best friend, Tack.

Tack hasn’t seen Kitty in over 10 years.  Kitty completely dropped him as a friend and left him heartbroken when she met her husband.  Now that she’s back he knows she needs a friend, but will his feelings for her from over a decade ago resurface?

I enjoyed this book a lot.  It’s always been a dream of mine to visit Alaska and I loved that this story took place there.  Kitty was such a strong character.  After going though everything she did with her husband she bounced back and reclaimed her life.  Tack honestly made the story though.  What an amazing guy! He was patient and kind after everything Kitty put him through.

“You were always the best this state had to offer and you still are Taqukaq MacKinnon.” Her words worked where all his self-control might have failed.

He jerked back, stepping away to put some distance between them.  “The best of home wasn’t good enough for you, though, was it?”

If you’re looking for a slow burning love story, pick up WILD HEAT.

4/5 FANGS
**Complimentary copy provided by publisher in exchange for an honest review.


An almost frenzied need to bring her back to the present washed over him.  His instincts were telling him the best way to accomplish that, but his brain insisted it was a bad, bad idea.
Fighting the urge to act on his instincts, Tack cleaned up the detritus of lunch.  It only took a couple of minutes to put everything back in his pack.  But in that short time, Kitty didn't just maintain her distant silence, but she drew further away from him.
And she couldn't afford to do that.
He couldn't say how he knew that, he just did.
Tack's certainty growing that she'd checked out mentally in a way that was dangerous for her emotions, he put his pack aside and scooted closer to Kitty.  She didn't seem to notice.
"Wildcat?" he prompted, his voice as gentle as he could make it.  "You okay in there?"
"Of course."  The words were right, but the vacant tone was anything but.
He slid his hand under her hair, cupping her neck, giving physical contact to draw her back to him and now.  She didn't react to the touch at all and that scared him.
"Damn it, Caitlin Elizabeth Grant, look at me."
Her brows furrowed.  "Don't."
"What?" he asked in a tone as gentle as he'd spoken sternly before.  Come on, wildcat, tell me not to yell at you.
Her silence changed, as if she was searching for words.  "Call me Caitlin."  She frowned.  "I don't like it."
"I thought you wanted me to."  She'd said so, hadn't she?
"No."
"Why not?  Why don't you like it?"
She shrugged.
And that was it.  He was done playing nice, his own misgivings not nearly as powerful as his need to stop whatever was going on inside Kitty's mind.
With careful, but inexorable pressure, he turned her head so she faced him.  Her pupils were dilated like they'd been yesterday, her complexion waxy, but her lips were pink and parted invitingly.
Her breathing changed just a little bit and he took that as a victory.
"I'm going to kiss you, wildcat.  Are you up for it?"

Tack's gut was telling him this is what he needed to do, but damned if he would kiss her without her permission.
She'd had enough choices taken away, that was becoming clearer the more he found out about her life before returning to Cailkirn.
"What?"  Suddenly she was looking at him and seeing him.  "You're going to kiss me?  Why would you do that?"
He almost laughed.  He did groan.   His body was burning for her.  "Because I want to."
"Why?"
"You really need to ask?"
"No?"
"You don't sound real sure there, sweetheart."
She bit her bottom lip and then released it.  "I don't think I'm very good at it."
"Good thing I am then, huh?"
"Maybe?"
"I tell you what, let's give it a try and you can let me know if you agree, okay?"
"Yes."
More relieved at her acquiescence than he should be, he tipped his head forward and slid his lips across hers in the simplest and most chaste of touches.
A small sigh shuddered out of her, the breath washing over his lips.
He kissed her again, this time molding their mouths and moving his lips against hers for long delicious moments.  Her small hands came up to clutch the front of his long sleeved t-shirt, her fingers twisting in the fabric as she tried to pull him closer.
He went willingly, allowing their upper bodies to touch.
It wasn't skin on skin contact, but that didn't seem to matter to the electric shocks short-circuiting his nerve endings.
He flicked his tongue out to taste her.  The flavor of grapes and ripe strawberries exploded on his tongue along with a sweetness that was all Kitty Grant.
Certain it would become an addiction way too easily, he still wanted more of that taste.  He delved into her mouth and she welcomed him, sliding her tongue along his, and pressing their lips closer together.
His reasons for initiating the kiss melted, along with everything else around them and he reveled in the touch and feel of this woman he'd craved for too many years of his life.
He maneuvered them so she was lying on her back on the tarp and he was partially over her without once breaking his lips from hers.  To do so would have been a travesty of epic proportions.
Her fingers kneaded him through his shirt like a cat.  Such an innocent touch, but it felt good.  So good, that between that and the kiss, his erection was pressing hard enough against his fly he'd be surprised if it didn't leave an imprint in his flesh.


He wanted skin though.  Craved her skin under his fingertips and damned if common sense was going to stop him from getting exactly that. 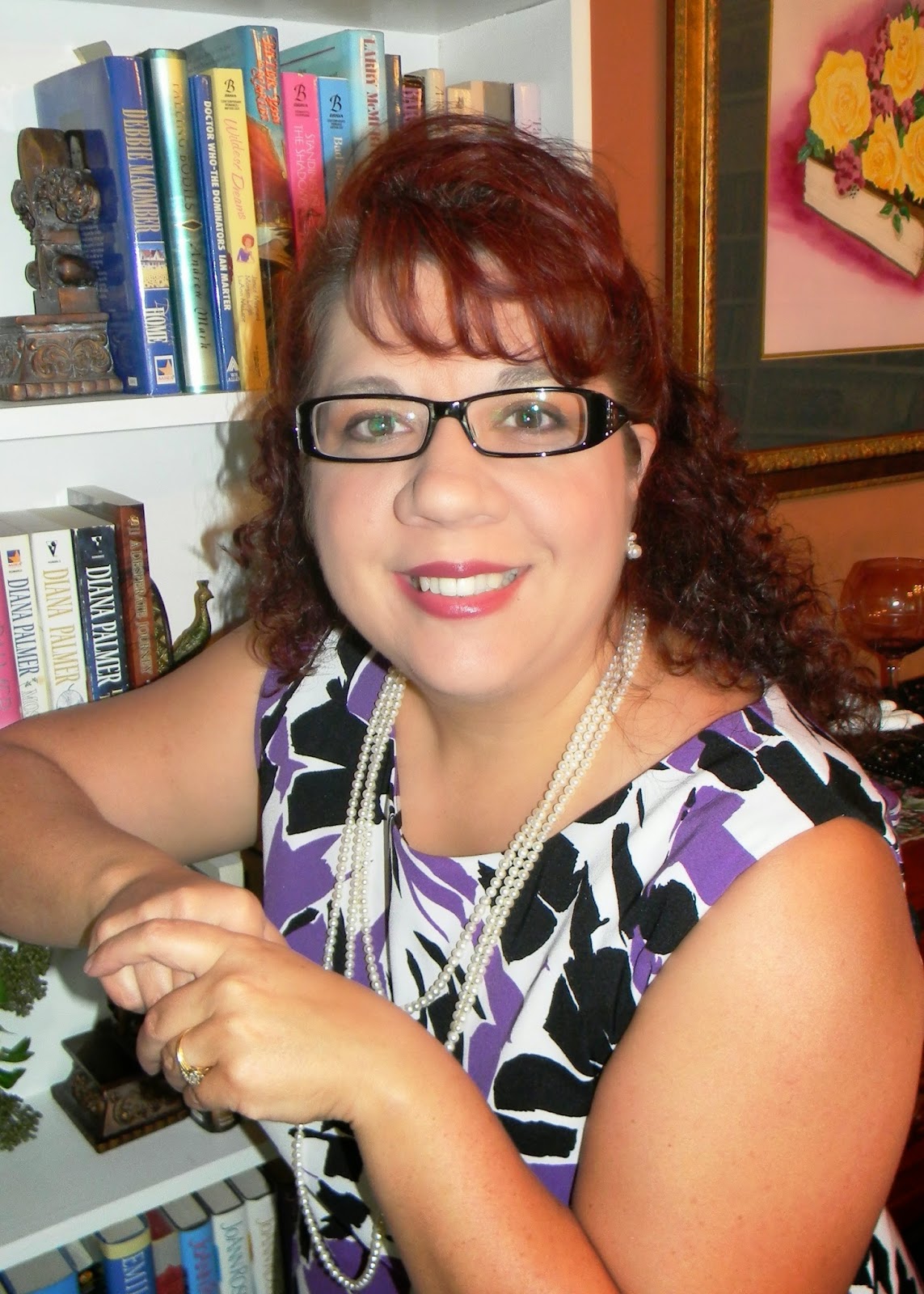 A USA Today Bestseller, most of Lucy Monroe's titles have spent multiple weeks on national bestsellers lists, including Neilson Bookscan (in both North America and the UK), Amazon & B&N.com. She is ranked as a top selling contemporary romance author on Amazon.

Giveaway
a Rafflecopter giveaway
Posted by MrsLeif at 9:00 AM