The Shadows by J.R. Ward 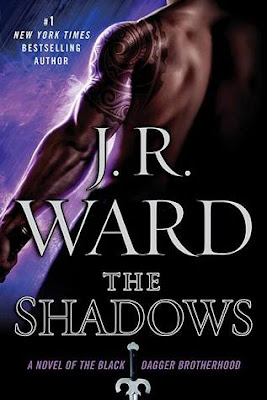 Two brothers bound by more than blood fight to change a brutal destiny in the heart-wrenching new novel of the Black Dagger Brotherhood by #1 New York Times bestselling author J. R. Ward.Trez “Latimer” doesn’t really exist. And not just because the identity was created so that a Shadow could function in the underbelly of the human world. Sold by his parents to the Queen of the S’Hsibe as a child, Trez escaped the Territory and has been a pimp and an enforcer in Caldwell, NY for years- all the while on the run from a destiny of sexual servitude. He’s never had anyone he could totally rely on... except for his brother, iAm.iAm’s sole goal has always been to keep his brother from self-destructing- and he knows he’s failed. It’s not until the Chosen Serena enters Trez’s life that the male begins to turn things around... but by then it’s too late. The pledge to mate the Queen’s daughter comes due and there is nowhere to run, nowhere to hide, and no negotiating.Trapped between his heart and a fate he never volunteered for, Trez must decide whether to endanger himself and others- or forever leave behind the female he’s in love with. But then an unimaginable tragedy strikes and changes everything. Staring out over an emotional abyss, Trez must find a reason to go on or risk losing himself and his soul forever. And iAm, in the name of brotherly love, is faced with making the ultimate sacrifice...

The Shadows as the name says, it's about the two brothers. iAm and Trez.

Trez has been in love with the Chosen Serena for a few books now. He wants her in his life, but he's ashamed of what he has done to his life until now. He feels unclean. Trez is supposed to be predestined to become the man to service the Princess of the Territory per the Queen of the S'Hsibe. Trez has done everything in his power to avoid becoming the princess's mate. He wants nothing to do with her, he hasn't even met her and it's not in his plans to do so.

iAm is the considerate Shadow. His goal in life has been to keep his brother safe, safe from the Queen but most importantly safe from himself. No one can be more destructive than Trez himself. iAm's other passion is cooking. It relaxes him. He can be deadly, but he likes Boo, the cat, which he tries to hide from everyone.

Besides the brothers, we get a lot of Rhage in this book. He's having some personal issues and I'm guessing a few of them will come to a head in The Beast, the next book in the series.

I have to say I didn't expect how this book ended. It was so different from the other books in the series. I didn't love it like I did the rest. Despite my personal issues with the story, I was glad to be in their world again. The BDB is one of my favorite series and I'll continue reading as many more as Mrs. Ward gives us.