In the Company of Wolves by Paige Tyler 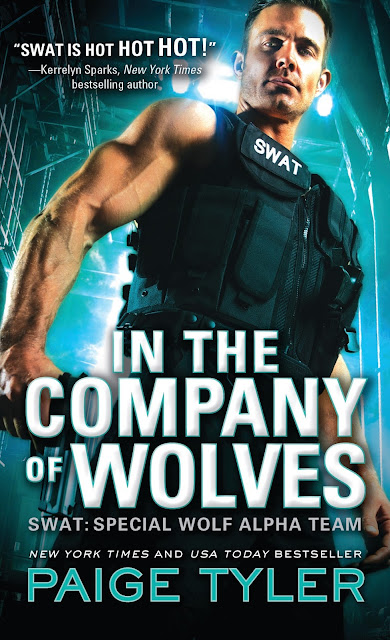 He opened his mouth to order her to drop the MP5 she had aimed at him, but nothing would come out. It was like she’d robbed him of the ability to speak. Shooting her wasn’t an option, though. And the idea of arresting her didn’t make him feel any better.

There's a new gang of criminals in town who are organized and ruthless in the extreme. When Eric Becker, along with the rest of the Dallas SWAT team, ends up in the middle of a shootout, he immediately senses werewolves-a lot of them. Turns out, the new bad guys are a pack of wolf shifters.

In a spray of gunfire, Becker comes face-to-face with the most gorgeous woman he's ever seen. Becker does the logical thing. He hides her and leaves the scene with the rest of his team.

Jayna Winston has no idea why that SWAT guy helped her, but she's glad he did. Ever since she and her pack mates got mixed up with those Eastern European mobsters, everything had pretty much fallen apart.

So what's a street-savvy thief like Jayna going to do with a hot alpha-male wolf who's a police officer? 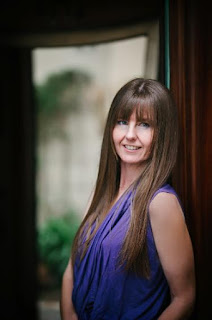 Paige is a New York Times and USA Today bestselling author of sexy romantic suspense and paranormal romance. She graduated from The University of West Florida with a degree in education in 2000, but decided to pursue a full-time career as a writer in 2004. Since then, she’s written over fifty books in several genres, including paranormal, contemporary, western, sci-fi and erotica. She loves writing about strong, sexy, alpha males and the feisty, independent women who fall for them. From verbal foreplay to sexual heat, her stories of romance, adventure, suspense, passion and true love will leave you breathlessly panting for more.

She and her very own military hero (also known as her husband) live on the beautiful Florida coast with their adorable fur baby (also known as their dog).
Paige graduated with a degree in education, but decided to pursue her
passion and write books about hunky alpha males and the kick-butt heroines who fall in love with them.

When not working on her latest book, Paige enjoys reading, jogging, P90X, Yoga, Pilates, going to the beach, watching NFL football, watching movies and hanging out with her husband (not necessarily in that order!)

Paige Tyler’s IN THE COMPANY OF WOLVES is out this December! To celebrate, we’re giving away 1 advanced print copy to our readers – to enter: Follow us on twitter, retweet, & fav. @MrsLeifs_2Fangs

If that isn’t enough to feed your #SWATlove, Paige will also be sending out an original bonus scene from the series to her newsletter list on November 23rd. The scene will only be available to newsletter subscribers so sign-up here before the 23rd to receive it: http://eepurl.com/bs87AD