On Paper by Shae Scott 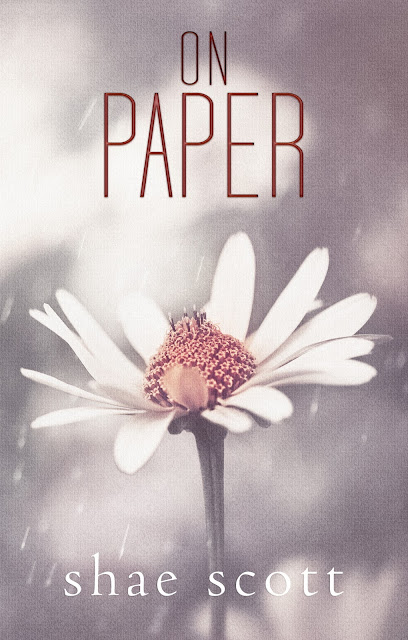 "Expectation is the root of all heartache.” William Shakespeare

Keaton Harris always thought he would be reporting from the front lines as a hard-hitting news reporter. He never expected to become a best-selling romance writer. But the job definitely has its perks, like the long line of ladies who are eager to become his muse for a night.

Quinn has no interest in becoming a Keaton Harris groupie, no matter how hot he is. She learned a long time ago that playboys make dangerous playthings. But when he proves to be more than she expected she finds herself weakening to his charms.

One week. That’s all it was supposed to be. One week to have an adventure, to be someone else. It was never supposed to go any further than that.

Maybe that Shakespeare guy was on to something. 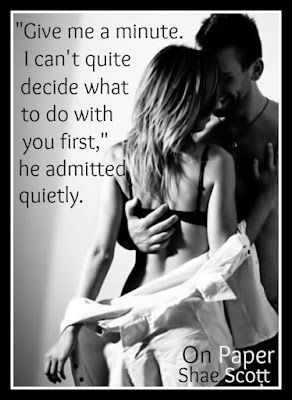 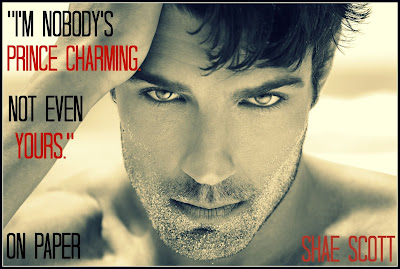 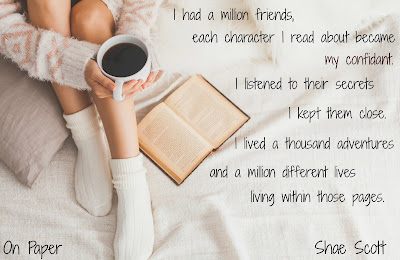 Growing up an only child, Shae Scott fell in love with words at an early age, learning the best friends in the world can be found among the pages of a book.

Born in Oklahoma, she fell in love on vacation in San Francisco and ended up with a happily ever after in Missouri.

Her first book, Unfinished, was released in 2014. She currently lives outside Kansas City with a bearded man, a Pomeranian and a cat formally known as Tinkerbell Waffles. She loves rainy days, the month of February and the Kansas City Royals.

(1) Signed Paperback of ON PAPER