Abby and the Cute One by Erin Butler 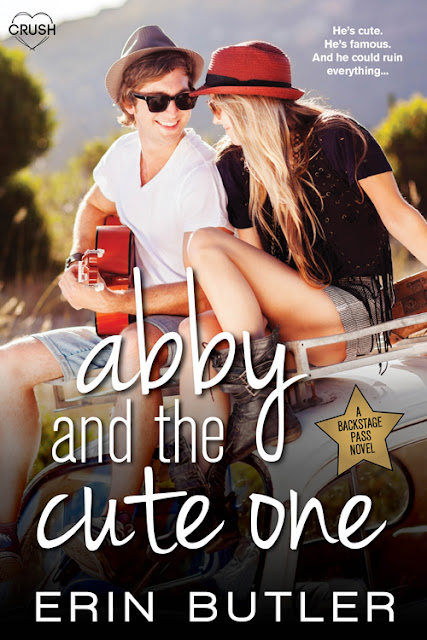 He's cute. He's famous. And he could ruin everything...


Every member of Seconds to Juliet has a girlfriend-except for Nathan Strong. Now the band's manager is leaning hard on "The Cute One" to play the role of the band's heartthrob. With the band's sales in decline, it's up to Nathan to keep the fans' fantasy alive.


The plan is to stage a fake relationship and a fake breakup, and then let the fans fight to be the one to mend Nathan's broken heart. Just one problem. There's another girl in the picture-one Nathan can't stay away from. In private, Nathan's stealing kisses with the band's new opening act, Abby Curtis.


If they're caught, no one wins. Abby will be fired, and the band might not recover the success they need to survive. But even with the pressure mounting, Nathan and Abby can't stop themselves from stealing one more touch, one more kiss. And it's only a matter of time before it all falls apart.

Sometimes I'm in the mood for a YA romance and Abby and the Cute One  was the perfect book for my mood.

Abby Curtis is finally getting her dream come true. She loves the S2J band and now she's auditioning for the chance to be their opening act. She has fantasized about it and she's so excited when she meets Nathan the night before her audition. He's easy to like and they end the night sharing a kiss. Abby is ecstatic when she gets the job until she realizes the one rule that could make her lose it all: No dating the band.

Nathan Strong is very grateful to be part of the band and his bandmates are like family to him. His manager wants him to fake date a famous actress and appear available to women. There is just one little problem with the plan and her name begins with an A.

I felt like I was a voyeur in Abby and Nathan's relationship. They were so good together from the start and even though, it was an insta-like kind of scenario, it didn't bother me at all.
I was impressed with Abby. She knew this was her big chance at achieving her goals, but she didn't want to give up her relationship with Nathan. She fought for him.
I understood why Nathan felt torn. He was loyal to the band and thought he needed to do whatever was best for them.
I was happy the rest of the band stepped up to the plate when needed.

Overall, this was a very cute book and I know I want to go back and read the rest of the series.

I have enjoyed the previous books in this series, so I was extremely excited to read this book. I was so happy that this book lived up to my high expectations.
I really liked all of the characters in this book. Each person was so unique and lovable in their own way. I felt like I could connect to each person in a different way. I was also very impressed with the writing. I thought Erin did a great job!
The romance felt a tad like insta-love, but it worked for this story. It really didn't bother me very much. Abby and Nathan were simply adorable together. They made me feel so mushy and happy on the inside. The chemistry between Abby and Nathan was also off the charts!
I finished this book in one sitting, and it left me wanting more. The adorable romance and sweet characters in this book put me in such a good mood. Some of the drama was a bit ridiculous, but it kept the story interesting.
Overall, I loved this story and I just want more! I want more of this band and more adorable romance! If you are looking for a cute YA romance to put a smile on your face, then this is the book for you. 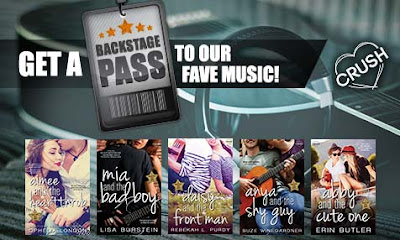