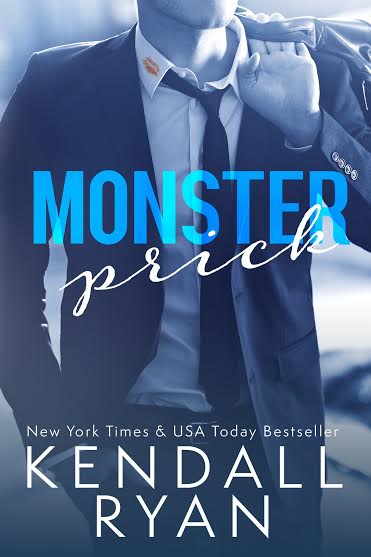 Monster Prick
Genre: Romantic comedy (spin off from Screwed, but stand's alone as well as it features a new couple)
Release Date: 11/17/2015
Just .99 cents during preorder! (Regular price will be $2.99)

Over my dead body.

That's what I told Gracie when she informed me of her plan to pick some random guy she met online to get rid of her pesky virginity.
If anyone is touching her, it's going to be me.
I shouldn't even be considering it, but I can't get it out of my head: her, under me, begging me.
***
Arrogant. Cocky. Prick.
Those are the words I’d use to describe my older brother’s dangerously handsome best friend.
When he learned of my plan to kick off my white cotton briefs, ditching my good girl persona once and for all by losing my virginity to the first eligible bachelor I could find, he flipped out. Said over his dead body.
He says if anyone’s going to do it, it’s going to be him.
I hate that I’m even considering his offer.
But I am … I sooo am.
Ever since he suggested it, all I can think about is his cocky smile on those full lips as he’s driving in to me.
But if we cross that line … will I ever be able to go back?

MONSTER PRICK, a sexy romantic comedy, is a spin off novella from SCREWED, but can be read as a standalone, as it features a new couple.

Hudson
“What if I could help you?”
I have no idea what the hell I was thinking. The words just leaped out of my mouth. Listening to Gracie talk about kicking off her granny panties and popping her cherry with some random Internet dick...I guess it drove me temporarily insane.
But there's no taking back the idea now. Gracie sucks in her breath, blinking wide-eyed. “What do you mean?” she asks.
What do I mean? Here I am, sitting next to the world's most beautiful girl—drowning in her eyes, her scent, the gentle puff of her breath on my mouth that begs me to close the distance. I know what I want, but I also know what will happen if I take it. My best friend will rip off my balls and feed them to me. And I'll probably deserve every second.
But sweet Jesus, I'm pretty sure Gracie wants this, too, and that's enough to blow my better judgment to pieces. All I care about right now is making her feel better. In as many ways as possible. And if her slightly quickened breathing, blown pupils, and flushed cheeks are anything to go by...
As an experiment, I dart out the tip of my tongue to wet my lips. Her darkened eyes drop like a magnet yanked them. Yeah, bingo. Having a little black book as thick as the dictionary has its advantages. I know damn well how to tell when a woman wants me. 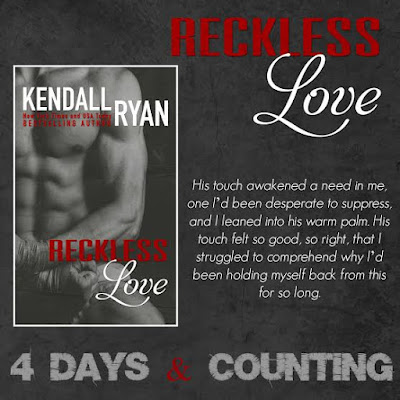 Gracie has finally landed a job since graduating from college, has moved out of her parents' home, and is ready to check another item off the list...losing her virginity! Her 'pesky virginity' as she calls it. When Hudson hears this he doesn't like it one bit and offers an alternative to using some random internet guy, who could be a psycho for all he knows! Hmm...that reeks of disaster, but Gracie has been lusting after him for years so now's her chance!

I really enjoyed the way this novella was written. Not having read Screwed I didn't know if I was going to feel like I missed out on a lot of information, but I didn't. This really did revolve around this couple and didn't stray. it was great reading about Hudson and Gracie without it getting too dramatic. It was the perfect combination of sexy and sweet!

This is a great quick read with plenty of steamy sexy time!

A New York Times, Wall Street Journal, and USA Today bestselling author of more than 18 titles, Kendall Ryan has sold more than a million ebooks and her books have been translated into several languages in countries around the world. She's a traditionally published author with Simon & Schuster and Harper Collins UK, as well as enjoying success as an independently published author. Since she first began self-publishing in 2012, she's appeared at #1 on Barnes & Noble and iBooks charts around the world. Her books have also appeared on the New York Times and USA Today bestseller list 23 times.