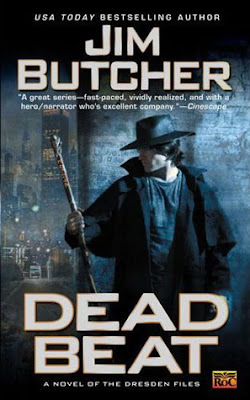 There's an entire world that exists alongside the everyday life of mankind. There are powers, nations, monsters, wars, feuds, alliances - everything. Wizards are part of it. So are a lot of other things you've heard about in stories, and even more you've never heard of...Vampires. Werewolves. Faeries. Demons. Monsters. It's all real.Harry Dresden knows full well that such creatures exist. Paranormal investigations are his stock-in-trade, and Chicago is his beat as he tries to bring law and order to a world that exists on the edges of imagination. Luckily Harry's not alone in this struggle. And though most inhabitants of the Windy City don't believe in magic, there's a department that's been set up within the Chicago PD to deal with "strange" cases: the Special Investigations department.Karrin Murphy is the head of SI and a good friend of Harry's. So when a deadly vampire threatens to destroy Murphy's reputation unless Harry helps her, he has no choice. The vampire wants the Word of Kemmler and all the power that comes with it - but first Harry has to determine what the Word of Kemmler is. Now Harry is in a race against time - and six necromancers - to find the Word before Chicago experiences a Halloween night to wake the dead.

This series is only getting better.

Mavra, the Black Court vampire, is blackmailing Harry. He must deliver the Word of Kemmler to her, or she will expose Karrin's pictures of killing the Renfields to the public. Of course, while Harry is dealing with this situation, Karrin goes on vacation with Kincaid to Hawaii.

This book has great new evil characters. A bunch of necromancers are in town and they all want to find the Word of Kemmler. If one of them gets it, he could turn himself into a god. In the meantime, the White Council is under attack and many of the Wardens are getting killed. Harry has no choice but to become one of them.

Dead Beat is full of action, awesome fighting scenes, and great evil. Harry has some tough choices to make, but he has help from Mouse, Anastasia Luccio, Marcone, Waldo Butters, and the resident evil in his head. Butters is the medical examiner. He's brought into the supernatural world without a real choice. His character goes from coward to saving the day in sixty seconds.

I missed many characters in this installment. I missed Michael, Murphy (since she is gone most of the book), and The Archive. Kincaid is mentioned but no true appearance. I wish Thomas had more page time. At least Mouse is here to stay.....