Move over Highlanders – the Vikings are coming! Romance novelists, and Viking enthusiasts, Asa Maria Bradley, Gina Conkle, and Megan Crane are here to tell us the best perk of being a Viking!

Asa Maria Bradley (Viking Warrior Rising):
There are so many! Tall, strong, good with a sword. But if I have to pick just one I’ll go with a trait that, although not common with all Vikings, the Norse warriors in the Viking Warriors series have. Because they are the darlings of Odin and Freya, they are immortal. That’s a pretty good perk to have, especially when you have to keep the world safe from Loki’s evil creatures and prevent Ragnaroek—the final battle between the gods.

Gina Conkle (Norse Jewel):
Vikings had a sense of equality. When most of the world followed laws of primogeniture, Viking women inherited land and wealth same as a man. When Vikings claimed Iceland in the late 9th century, Islendigabok (the Book of Icelanders) lists four important settlers, each leading a section of Iceland. One was Audr, a woman. Iceland’s Landamabok (The Book of Settlements) gives greater detail about independent women settling the land. The criteria? Defend it, and it’s yours. Not bad for the so called Dark Ages.

Megan Crane (Edge of Obsession):
The world was theirs!  They took what they wanted and lived how they liked.  It’s hard not to admire that—especially when they’re cloaked in history instead of appearing in their terrifying ships outside your window.  I lived in York, England for five years, a walled medieval city that was called Jorvik at one point and that still has streets named to reflect the area’s Viking heritage.  That brought Vikings a little more alive for me, as you could walk in their footsteps up the winding, cobbled streets!

My raiders have taken this independent life philosophy to the logical extreme in the futuristic world of high seas and little civilization they inhabit.  They raid.  They live hard and fight harder.  The clan is their life and they would gladly give their lives for their clan.

And when they give their hearts?  Watch out.  ☺

Find out more about Bradley, Conkle, and Crane’s fierce Vikings in their forthcoming titles! 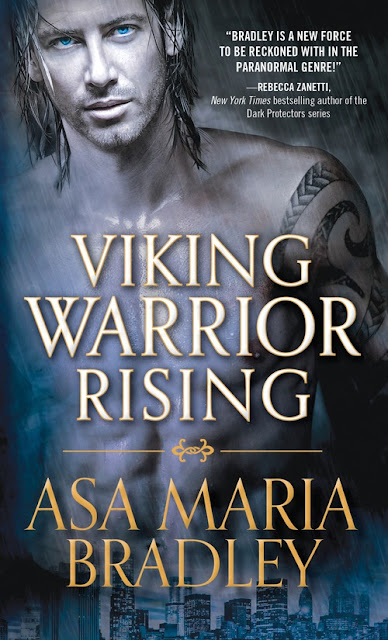 Immortal Vikings are among us

Leif Skarsganger and his elite band of immortal warriors have been charged to protect humanity from the evil Norse god Loki.

Under attack from Loki’s minions, Leif is shocked to encounter a dark-haired beauty who fights like a warrior herself. Wounded and feverish, the Viking kisses her, inadvertently triggering an ancient Norse bond. But when Naya Brisbane breaks away and disappears before the bond is completed, Leif’s warrior spirit goes berserk. If Leif doesn’t find her fast, he’s going to lose himself to permanent battle fury.

But Naya doesn’t want to be found...and he’ll do anything to find her. Because they’re both running out of time.

Asa Maria Bradley grew up in Sweden surrounded by archaeology and history steeped in Norse mythology, which inspired the immortal Viking and Valkyries in the Viking Warriors series. She came to the U.S. as a high school exchange student and liked it so much she never returned home. Asa holds an MFA in creative writing and an MS in Medical Physics. She lives on a lake deep in the pine forests of the Pacific Northwest with her British husband and a rescue dog of indeterminate breed. Visit her at www.AsaMariaBradley.com. 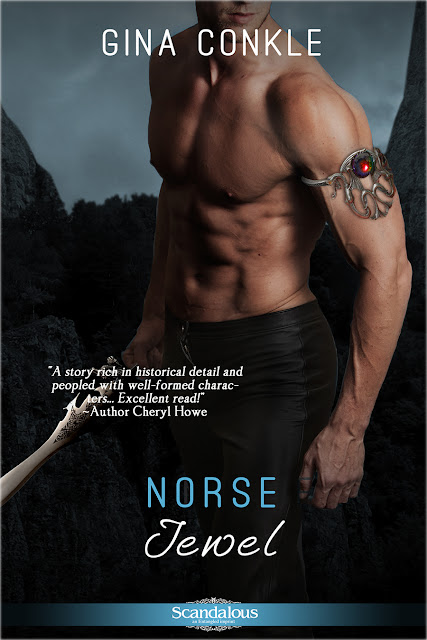 A stolen woman of rare qualities…
Seized by marauders and taken to the icy northlands by the wolf-eyed Viking warrior, Helena will do whatever it takes to earn her freedom and return to France.

A mighty Viking Chieftain…
Betrayal has turned Hakan's heart to ice, but the spirited Frankish maid warms him in a way he's never known. The spell she weaves leaves them both breathless, but can he keep his promise to return her home even if it means he'll lose his precious jewel forever?

Gina Conkle is a lover of history, books and romance, which makes the perfect recipe for historical romance writer. Her passion for castles and old places (the older and moldier the better!) means interesting family vacations. Good thing her husband and two sons share similar passions, except for romance...that's where she gets the eye roll. When not visiting fascinating places, she can be found in southern California delving into the latest adventures of organic gardening and serving as chief taxi driver. Find her at www.ginaconkle.com. 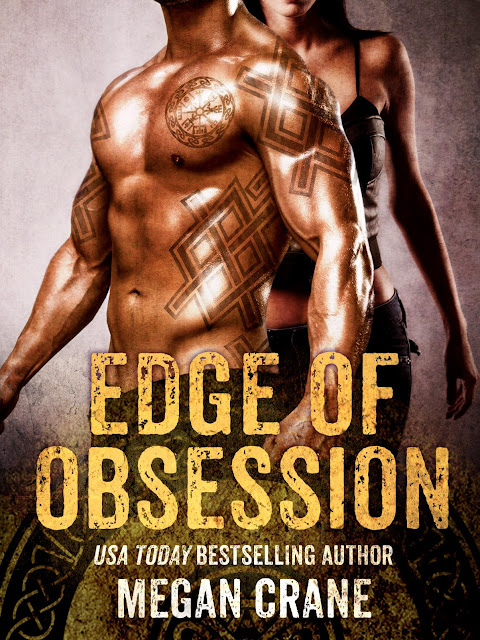 Tyr, a powerful man in a destroyed world, needs only three things to survive: his weapons, basic resources and a rotation of women to serve his voracious sexual needs. But when a beautiful prisoner grabs his attention during a mission to restock his clan’s supplies, Tyr’s alpha instincts give way to something much darker – strong, unquenchable lust that cannot be ignored… or denied…

After two years on the run, Helena is snared by this dominant group of men who roam the land unchallenged. Strong to her core and with a mission of her own, Helena knows she doesn’t have to be their captive for long. But despite all the terrible things she’s heard about these brutal beasts, Helena is overcome by intense desire for the ruthless man who has taken her. As their scorching passion escalates, Helena will have to trust in Tyr in order to save both what’s left of this desolate, torn-up world… and herself.

USA Today bestselling, RITA-nominated, and critically-acclaimed author Megan Crane has written more than fifty books since her debut in 2004. She has been published by a variety of publishers, including each of New York's Big Five. She's won fans with her women's fiction, chick lit, and work-for-hire young adult novels as well as with the Harlequin Presents she writes as Caitlin Crews. These days her focus is on contemporary romance from small town to international glamor, cowboys to bikers, and beyond. She sometimes teaches creative writing classes both online at mediabistro.com and at UCLA Extension's prestigious Writers' Program, where she finally utilizes the MA and PhD in English Literature she received from the University of York in York, England. She currently lives in the Pacific Northwest with a husband who draws comics and animation storyboards and their menagerie of ridiculous animals. Find out more about her and her books at http://www.megancrane.com.