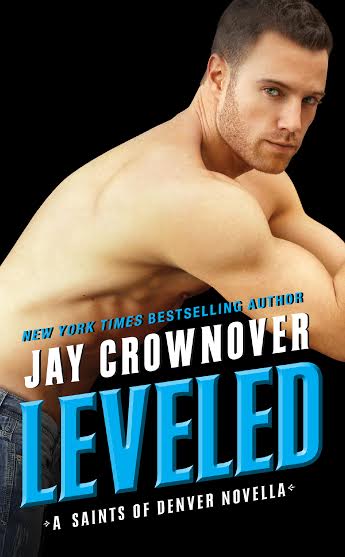 We all need a hero...let the Saints of Denver begin.

Orlando Frederick knows what it is to be leveled by pain. Instead of focusing on his own, he’s made it his mission to help others: sports stars, wounded war vets, survivors of all kinds. But when Dom, a rugged, damaged, sinfully attractive cop makes his way into Lando’s physical therapy practice, he might be the biggest challenge yet. Lando loved one stubborn man before and barely survived the fallout. He’s not sure if he can do it again.

Dominic Voss is a protector. The police badge he wears is not only his job, it’s his identity, so when he’s sidelined because of an injury, the only thing he cares about is getting back on the force. He expects Lando to mend his body, he just doesn’t realize the trainer will also have him working towards a hell of a lot more. As attraction simmers and flares, Dom sees that Lando needs repair of his own...if only the man will let him close enough to mend what's broken. 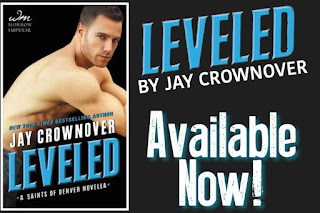 He reached out and shut the medical file in front of him and leaned back in his chair. His eyebrows arched up, and he laced his fingers together and put his index fingers under his chin.


“What exactly are you after, Mr. Voss?” His voice was smooth and modulated. I was a disaster, a bundle of nerves and anxiety, and this dude was acting like we were talking about the weather, not my entire life and everything I had ever worked my ass off for.


Defiantly I spread my legs apart and slumped back in the chair across from him, making it a point to affect a posture that was as casual as his was professional. I had on a faded DPD T-shirt and a pair of jeans with a hole in the knee, and both were a little baggy since I’d lost some of my bulk being laid up in the hospital after the accident. If the guy across from me was a cherry-red Ferrari, then I was a rusted-out and battered John Deere tractor in comparison.
“I want my life back, Mr. Frederick. I want to be able to move the way I used to. I want to pass the department physical so I can go back on patrol. I want to be able to walk without needing a crutch or a cane. I want to be the way I was before I got hurt.” I was asking for the impossible and I knew it. “And please call me Dom.”
He dipped his chin down a little, and the edge of his mouth tilted up in a slight grin. Damn the man was good-looking. I blew out a breath and lifted up my hands to run them over the top of my shorn hair. I was hanging on to my sanity by a thread and my unexpected reaction to the guy that I was hanging every hope I had left on wasn’t helping matters.
“All right, Dom. You can call me Lando. That’s what my friends call me.”
I felt one of my eyebrows shoot up. “Are we going to be friends?” 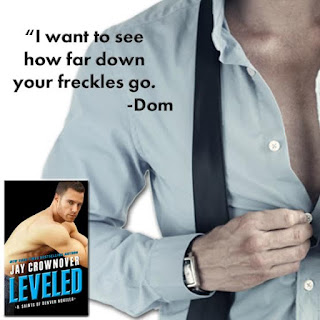 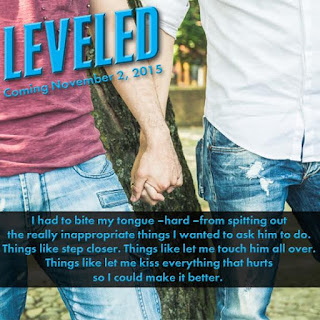 Don’t miss a Sneak Peek of BUILT, the first full-length novel in the Saints of Denver Series, in the back of LEVELED!