Sometimes pitiless and cruel, Sutter Butte Alpha Cassius Lucera lives in an ugly world where pack means blood, fights, and hate. To change his pack, he will have to change himself and only one person alive can help him—another pack’s Omega. DESERT WOLF by Heather Long is a story of redemption and fate that shows us how strong the attraction can be when opposites attract. If you enjoyed Motorcycle Man by Kristen Ashley, you’ll get thirsty for Desert Wolf. 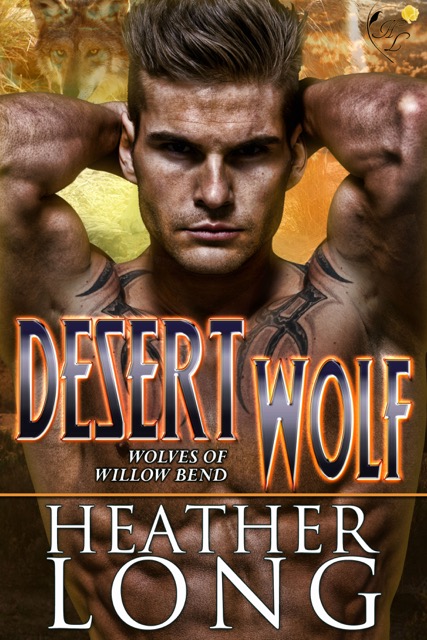 Cassius, Alpha of Sutter Butte, leads the most ruthless and dangerous pack in the United States. A pack comprised of misfits who didn’t fit in their previous packs, cast offs discarded by their packs and forgotten wolves who rose to create a pack more than a century before in utter defiance of the order of the day. Sometimes pitiless and cruel, he wants more for his people than a yearly bloodbath as they fight for a new place, a better spot in the pecking order. To change his pack, means to change himself and he will find rebellion on all sides, not the least of which is his own defiant heart.
Sovvan Stark, Omega of Delta Crescent, lives a cherished, beloved life in the center of her pack, a delicate and hard won balance. Though she is not the only Omega, she is the most experienced with the tremors of pack upset when power shifts from Alpha to Alpha. When her Alpha approaches her about Sutter Butte’s request, Sovvan considers the matter for several long months. While she might hold within her the key to helping the Sutter Butte Alpha, the undertaking could very well kill her.
Accompanied by a single Hound, Sovvan begins a journey to help Cassius rebuild the foundation of his pack, but first she will have to transform him…

Praise for the Wolves of Williow Bend Series:

"ROGUE WOLF is a fast paced, intriguing look into the world of shifters. Salvatore is old world a bit stodgy and Margo is very much new world and on top of that a lone wolf and Enforcer. How is it possible that these two could be mates? In author Heather Long's vivid and fun imagination it's very easy." -- Fresh Fiction

"BAYOU WOLF is in a word ... amazing. All the reader can do is hold on for the ride and enjoy the fireworks." -- Fresh Fiction

“If you love sexy wolf shifters, sweet love stories and action then you have to pick up UNTAMED WOLF by Heather Long”. -- Annetta Sweetko, Fresh Fiction

“It is a great story about finding a place to belong and the love that can follow if you allow it.” – Hart’s Romance Pulse reviewing RIVER WOLF

Heat rolled in waves from the blacktop of the old highway. Around him, the desert sprawled in its painted glory, seemingly melting into the horizon where it kissed the sky. The colors streaked past him as he accelerated, blowing past the old trading posts and bypassing the interstate with its smoother surface and promise of civilization in the distance. If one sought to journey through the decades, the old highway east of Holbrook was the place to start.
Sweat slicked his back beneath the leather jacket and the motorcycle vibrated between his thighs. Clocking over a hundred, he barely noticed the machine’s growl echoing his wolf’s. Cassius Lucera del Alba, Alpha of Sutter Butte squinted to catch sight of the town he sought ahead.
Though town was a generous description for the collection of ramshackle structures—of which a filling station with a decrepit market attached and a lone bar were clearly detailed. Time hadn’t forgotten the town, it had left it in the dust by doing a hundred and sixty and never looked back. If the location had a name, no map detailed it, not even Google. The poor bastards didn’t even have a ghost to call their own.
Though they might when he finished.
He didn’t slow until he reached the main drag, all eighty-five feet of it and parked his bike in front of the bar. A handful of vehicles were scattered amongst the cracked pavement and gravel. Three he recognized, two he didn’t. Like the bar, the cars were in sad shape and far more popular in earlier decades. Killing the engine, he dropped the kickstand and slid off his baby. Road dust coated her paint and chrome. With a stroke of his gloved hand over the seat, he promised her a bath later.
Leaving the bike, he strode toward the building. No one moved outside, but one wolf stood inside the filling station. He was a smart wolf, he’d spotted Cassius, yet didn’t reach for a phone or make any move other than retrieving his newspaper and flipping it open.
Inside, the cool air rushed over his sweaty face like a sweet kiss. The scents of stale beer, body odor, remnants of the blood spilled throughout the years, and fear stained the experience. The population of the bar—easily a dozen wolves though Cassius scented at least four more in the back—glanced up from their places scattered around the room. Three played pool, four others huddled around a card game while the rest sat in various spots including two at the bar drinking. A couple in the corner paused with her hand down his pants. The bartender—a tall, broad wolf with a balding pate and a world-weary expression raised his eyebrows in silent inquiry.
“Beer. Cold.” Cassius said, and the bartender nodded. A moment later, he set a tall bottle of Corona on the weathered bar top. The sides frosted and a hint of vapor escaped the top. Condensation formed almost immediately on the sides, slicking along the glass in rivulets.
Stripping off his fingerless gloves first. Cassius set them on the bar. Next, he peeled off his jacket. The old leather moulded him perfectly after the many years he spent wearing it. Only after setting it on the bar next to his gloves did he peel off three one hundred dollar bills and lay them next to the bottle. The bartender didn’t say a word as he took the bills, tucked them into his pocket then locked his register and exited through the double doors behind the bar.
Leaning against the aged wood, Cassius swept the room with his gaze. “If any of you are still sitting on your asses, disobeying the direct orders I sent out when I finish this beer, I’ll kill you.” He didn’t raise his voice. Shouting accomplished nothing. Yelling indicated the battle was lost before it began.
Chair legs scraping across the floor splintered the silence. The couple in the corner disengaged. The she-wolf grabbed her purse as she stood. Boots striking the floor punctuated her exodus. No sooner did the door slam shut behind her than the four wolves playing cards toss them down, abandoning their game. The men muttered, but they divvied the pot, then bowed their heads to him one at a time before hurrying out.
Tipping the bottle up, he took a long pull of the cold drink. It soothed his parched throat. One of the pool players threw down his stick. One of the wolves tried to stop him with a hand on his arm, but he shook it off. Then like the other wolves before him, he hurried out the door.
From nearly twenty to only ten—behind feet stomped on the stairs followed by another door slamming. Make that eight. One of the upstairs wolves strode into the bar, and stood in the center of it. Surprise filled his scent at the emptiness in the room. The others waited, their attention divided between Cassius and Finch.
Stupid fucking name for a wolf. Another long pull from his beer, and Cassius was three quarters finished. One by one he met the gazes of the wolves around the room. The smarter ones lowered their eyes immediately, the dumbasses fought to hold his gaze—even Finch.
Focusing on him last, Cassius studied him. Fresh beads of sweat began to trickle along Finch’s cheeks. The wolf swore, then stomped out and slammed the door with enough force, one of the hinges cracked.
Then there were seven.

Other Books in the Wolves of Willow Bend Series: 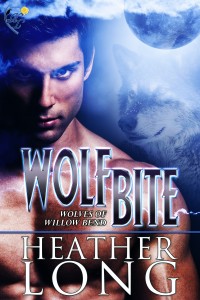 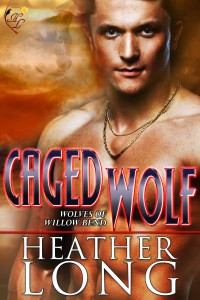 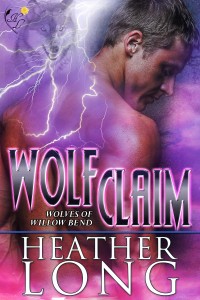 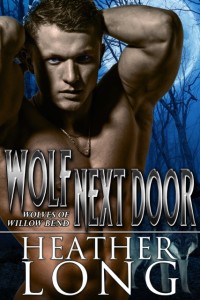 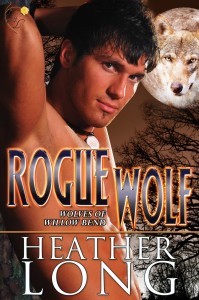 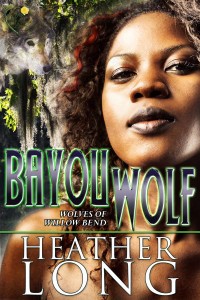 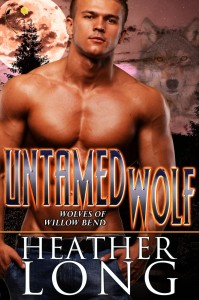 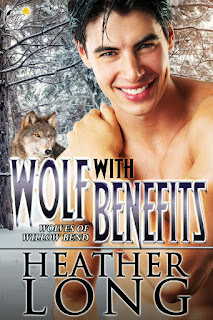 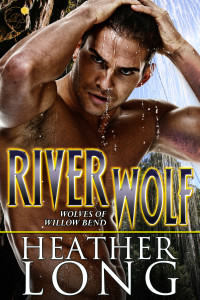 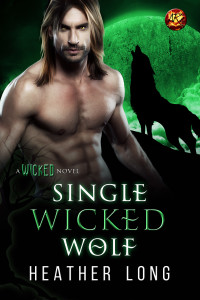 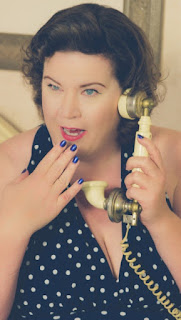 National bestselling author, Heather Long, likes long walks in the park, science fiction, superheroes, Marines, and men who aren’t douche bags. Her books are filled with heroes and heroines tangled in romance as hot as Texas summertime. From paranormal historical westerns to contemporary military romance, Heather might switch genres, but one thing is true in all of her stories—her characters drive the books. When she’s not wrangling her menagerie of animals, she devotes her time to family and friends she considers family. She believes if you like your heroes so real you could lick the grit off their chest, and your heroines so likable, you’re sure you’ve been friends with women just like them, you’ll enjoy her worlds as much as she does.