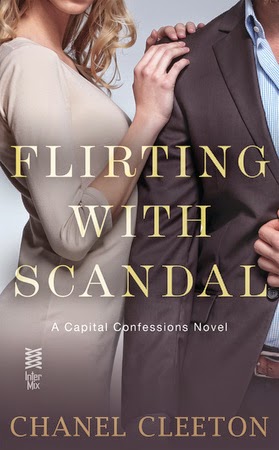 William Andrew Clayton is running for senate. He is young, smart, has great looks and the best part is that he is one of the good guys. Winning should be the only goal in his life. He knows beginning a relationship with Jackie while she is working on his campaign is the worst thing he can do. If someone finds out about them his career could be over even before it starts.

Jackie Gardner knows how dirty politicians are, after all her biological father is one of them. When she was little her father wouldn’t acknowledge her as his own, she never forgot his dismissal. Despite this, politics is in her blood.  She is doing an internship at Price, Matthews, and Anderson and in another year she will be done with college. Meeting Will was not in her careful laid plans and trusting him with her heart is unconceivable.

Great beginning to the series. Will and Jackie had great chemistry together. From the moment they meet in a hotel bar, they can’t seem to keep their hands to themselves. They both know that their relationship smells like trouble and scandal. Jackie has never felt loved and she has never had a boyfriend. I don’t blame her for being skeptical. She is also very young, only twenty-one.
Will was very mature for his age. He knew a fling was not what he was he was looking for. He wanted a relationship with Jackie. I love how honest he was with her.

"Because when you touched me, I had to have more."


A complimentary copy was provided by the publisher via NetGalley in exchange for an honest review.
Posted by MrsLeif at 9:00 AM