Blog Tour/Giveaway/Interview
Tessa Ever After
by Brighton Walsh 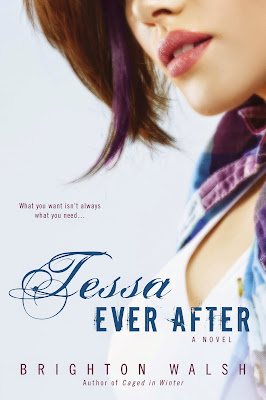 In this grippingly emotional New Adult novel from the author of Caged in Winter, what you want isn’t always what you need…
Jason’s been living (and loving) the rich playboy lifestyle for five years, but now his parents are pressuring him to get involved in the family business. The last thing he wants is another obligation, but when his best friend moves out of state and asks Jason to look after his sister, he can’t just say no.
Tessa had to grow up way too soon. After dealing with the aftermath of her parents’ deaths, then becoming a teenage mom, she knows the meaning of responsibility. Which is why, at twenty-two, she’s looking for so much more than a party boy. She’s looking for someone who can stand by her and her daughter…forever.


A relationship between them is doomed from the start, but who says they can’t have a little fun? But as Jason gets closer to Tessa—and her daughter—fun starts to turn into something else… Something Jason’s not sure he’s ready for.

“Some days I feel like I’m running forever on a treadmill that won’t get me anywhere.  Constantly behind, yet always moving.”

I really loved this book.  We meet Tessa and Jason for the first time in the first book, CAGED IN WINTER.  Tessa had to grow up way sooner than she needed to, she ‘s a 22-year old single mom of a rambunctious four year old.  After her brother Cade, the only help she’s ever received, moves to start a career she’s trying to navigate taking care of her daughter and keeping her job.  Which is a lot harder than it seems.

Jason, who is Tessa’s brother’s best friend, has known Tessa for a very long time.  He is a bit of a man whore and his longest relationship was about two hours.   When Cade tells Jason to watch over Tessa and her daughter, he begins spending more time at their house.  They quickly realize that they have more of a connection than either of them expected.  Will they be able to see where that takes them? Or will past insecurities and over protective brothers step in the way?

I really enjoyed Tessa and Jason’s story.  I felt like I connected with Tessa on some level.  She was a young parent, which is not easy, and worked her ass off to provide for her daughter.  I loved her determination and drive.

Jason on the other hand… was… perfect.  Who doesn’t swoon over a playboy turned “family” man? He was so sweet with Haley (the 4yo daughter).

TESSA EVER AFTER is about finding love where you least expect it; with some sweet scenes that will make your heart melt and hot scenes that’ll make you blush.  I enjoyed every minute of it! 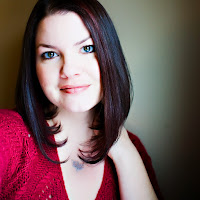 Brighton Walsh spent nearly a decade as a professional photographer before deciding to take her storytelling in a different direction and reconnect with writing. She lives in the Midwest with her husband and two children.

A 5 QUESTION INTERVIEW WITH BRIGHTON WALSH

MRS ALCIDE: Where did you get your inspiration to write TESSA EVER AFTER?
BRIGHTEN WALSH: When I was writing CiW, there was a scene where Tessa asks Cade if he can babysit Haley while she goes out on a date. Jason happened to be there, and suddenly he was throwing out all these…vibes. Before that scene, when Jason got totally butthurt about her going out, I had no idea anything was going on there.

MA:  Do you have a “dream cast” for the characters in TESSA EVER AFTER?
BW: I have people who I pictured while I wrote, yes! Jason was Nick Bateman, and Tessa was a short-haired Jessica Alba.

MA: Tell us something fun about yourself.
BW: I’ve never met a roller coaster or a dance floor I didn’t love.

MA: Charlie Hunnam or Ian Somerholder?
BW: Will I be kicked out of the cool kids club if I say neither? *ducks and hides*

a Rafflecopter giveaway
Posted by MrsAlcide at 8:00 AM