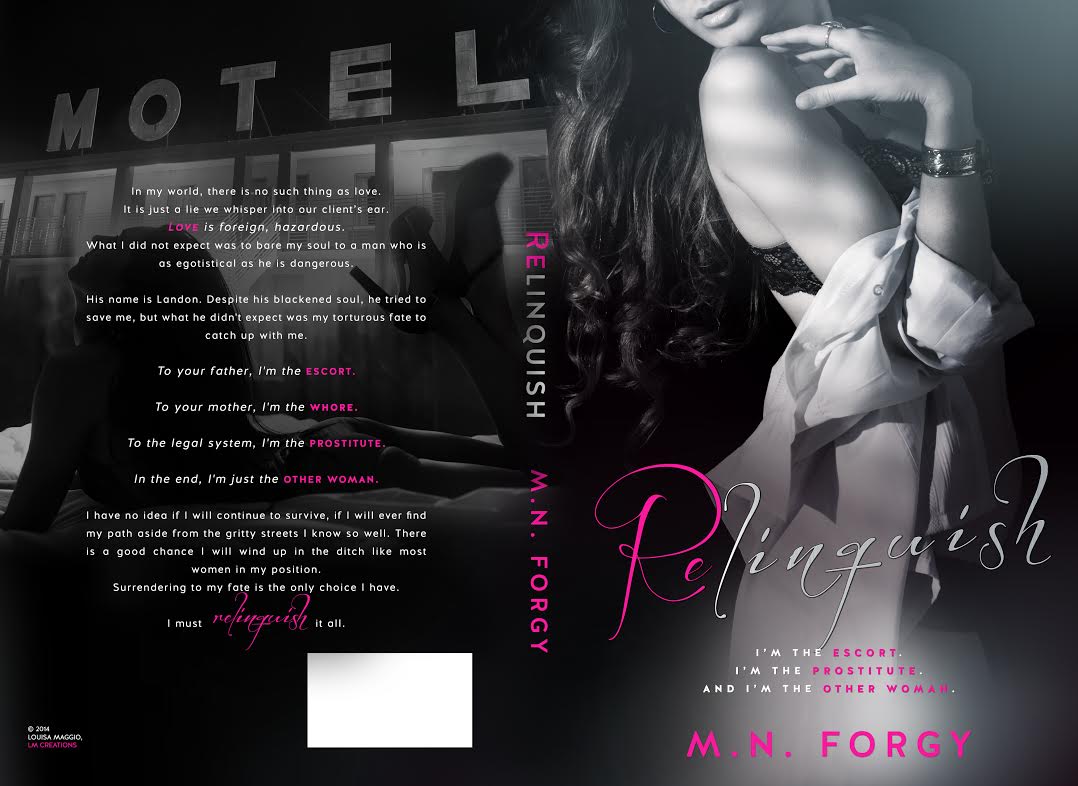 Relinquish by M.N Forgy released on June 17th!
The story where a girl follows the only route to survive, the path of prostitution. What she didn't know was that road led to her worst nightmare. 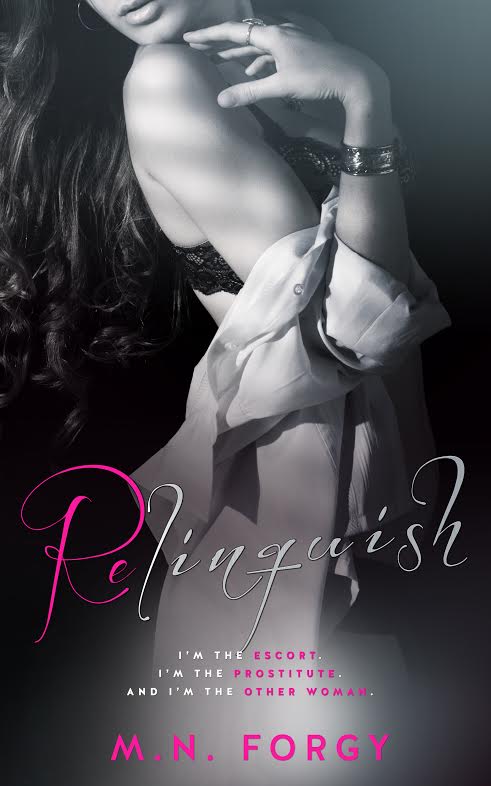 Synopsis
In my world, there is no such thing as love. It is just a lie we whisper into our client’s ear. Love is foreign and hazardous. What I did not expect was to bare my soul to a man who is as egotistical as he is dangerous.

His name is Landon. Despite his blackened soul, he tried to save me, but what he didn't expect was my torturous fate to catch up with me.
To your father, I'm the escort.
To your mother, I'm the whore.
To the legal system, I'm the prostitute.
In the end, I'm just the other woman.
I have no idea if I will continue to survive, if I will ever find my path aside from the gritty streets I know so well. There is a good chance I will wind up in the ditch like most women in my position. Surrendering to my fate is the only choice I have. I must relinquish it all. 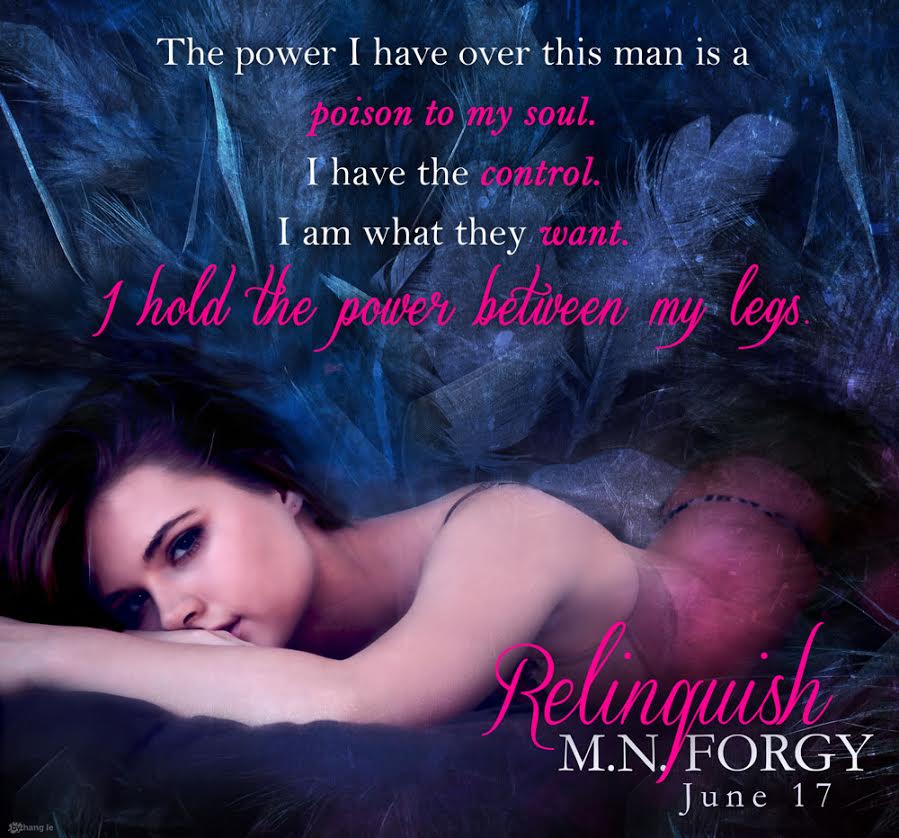